The African Union Mission in Somalia (AMISOM) is meeting top Somalia officials in Mogadishu to discuss modalities ahead of their exit.

The five-day meeting which started on Monday aims at discussing the new AU peace support operation in Somalia.

This comes as the AMISOM, which started its operation in Somalia in 2007 prepares to be replaced by a new mission to be called the African Union Transition Mission in Somalia (ATMIS) starting April 1.

The meeting dubbed ‘Mogadishu conference’ therefore seeks to agree on various approaches to aid the transition, as well as discuss operational plans for the new mission.

A press dispatch indicated that the meeting involving sector commanders between AMISOM and the Somali National Army (SNA) aims at planning the security priorities for the mission.

On the theme, ‘Joint Planning and Coordination for Effective and Timely Transition from AMISOM to ATMIS’, the meeting, which kicked off on Monday, has in attendance representatives from the Federal Government of Somalia (FGS), military commanders from the Somali National Army (SNA) and AMISOM, as well as officials from the United Nations Support Office in Somalia (UNSOS), United Nations Mine Action Service (UNMAS), the UK Mission Support Team, and several of Somalia’s international partners.

Somalia National Defence Forces were expected to take over the security of their country by April last year paving way for Amisom’s exit.

In a previous interview, the Department of Defence had indicated that Kenyan troops under Amisom had started gearing up for an exit.

This would bring to an end a decade of KDF’s presence in Somalia under Amisom’s Concept of Operations (Conops).

Since Amisom took over military operations, its mandate has primarily been geared towards empowering the Somali Security Forces (SSF) through mentorship.

According to the senior military personnel, Amisom troops' drawdown necessitated increased involvement of SSF in operations and management of security in a number of areas.

However, the troops continue to maintain a presence in key areas as part of the transition plan, and the exit will not be one-off but progressive.

But in January 2021, Kenya and Algeria made a request to the United Nations Security Council for Amisom to be allowed to extend its mandate in the country.

The two countries said Amisom has played a key role in pacifying Somalia and ridding the country of terror groups including the al-Shabaab.

In September, the United Nations Security Council unanimously adopted 2021 resolutions to extend its Somalia Mission Mandate until 31 May 2022.

The Council further requested to strengthen its presence across the country as the security situation allows.

It is expected that at the end of the conference on Friday, participants will have agreed on realistic modalities for the handover and takeover of AMISOM Forward Operating Bases in order to create mobile forces under ATMIS.

“This conference, being the last under the AMISOM mandate, will mark an important milestone in the roadmap towards peace and stability in Somalia as AMISOM transits to ATMIS, which will ultimately handover full security responsibilities to Somali security forces by the end of 2024,” said Ambassador Francisco Madeira, the Special Representative of the Chairperson of the African Union Commission (SRCC) for Somalia.

Madeira reiterated the need for the key players to work collaboratively to effectively implement the new mission’s Concept of Operations (CONOPS 2022-2024), which, together with the revised Somalia Transition Plan, will aid the attainment of the new mission’s mandate by the end of 2024.

“In line with the operationalization of the Concept of Operations and the implementation of the revised Somalia Transition Plan 2021, the Sector Commanders’ Conference is a springboard of transition to a series of security activities that will see Somalia regain its glory,” Madeira said.

The transition plan was first agreed upon in December 2017 between the Federal Government of Somalia and the international community, and it details guidelines aimed at enabling Somalia to assume full responsibility for its security.

Somalia’s Chief of Defence Forces (CDF), General Odowa Yusuf Rage, said immense work had been put into the transition process and called for concerted efforts from all the key players to ensure a smooth transition to ATMIS and the eventual achievement of its mandate.

Yasmin Ahmed, Legal Advisor in the office of the Somali president, commended AMISOM for its contribution in reducing the threat caused by the Al-Shabaab terrorists over the years, and for supporting the ongoing transition to ATMIS as the country continues to implement the vision stipulated in the STP.

“As Somalia enters a new era of responsibility, we are preparing to take on the challenges we face with a renewed sense of hope. In this regard, the Federal Government of Somalia has commenced revising the Somalia Transition Plan to ensure that our vision, strategic objectives and key priorities are aligned with the transnational threats of terrorism,” he said.

Ahmed said the revised STP, along with the joint AU-Federal Government of Somalia Concept of Operations paves the way for the Somali security forces to lead more offensive operations that are built around agile, mobile and resilient forces. 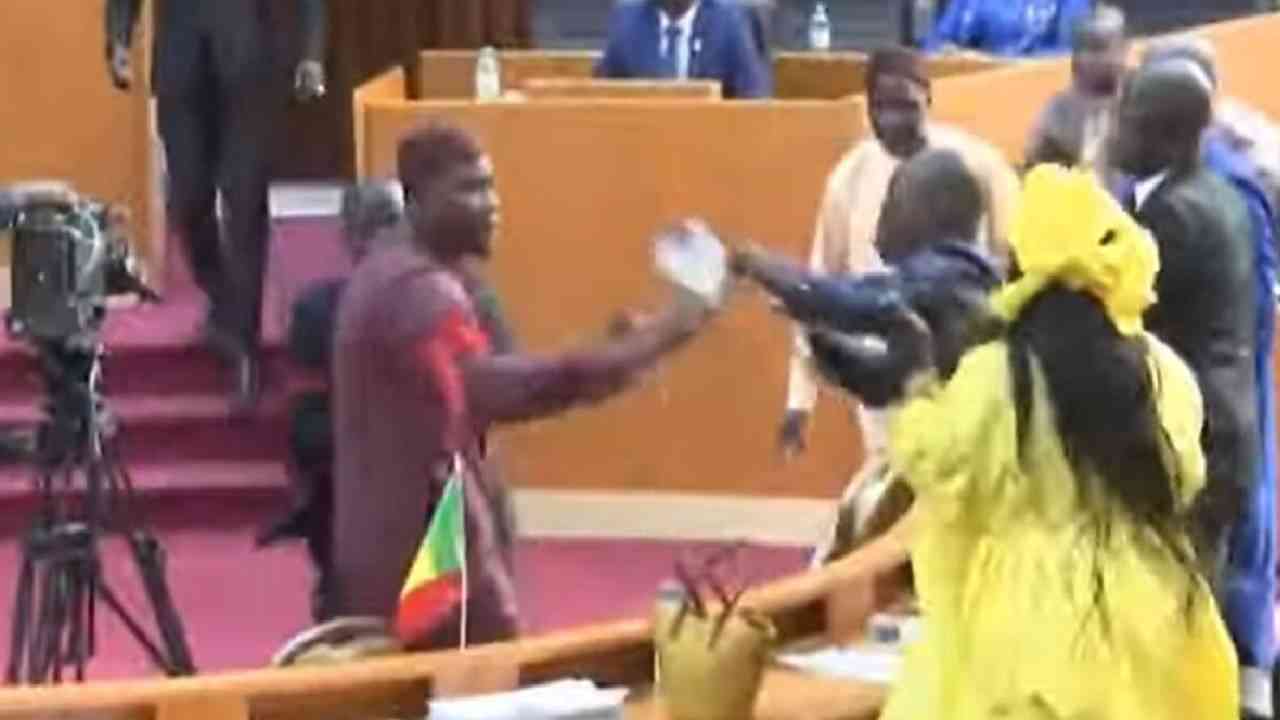 Senegalese male MP slaps female MP
World
By Fred Kagonye and Agencies
16 mins ago
Brazil coach Tite: This is why we were beaten by Cameroon
Football
By Xinhua
28 mins ago
China eases some Covid restrictions following protests
Asia
By VOA
41 mins ago
White House says Biden not intending to talk to Putin
America
By VOA
50 mins ago
. 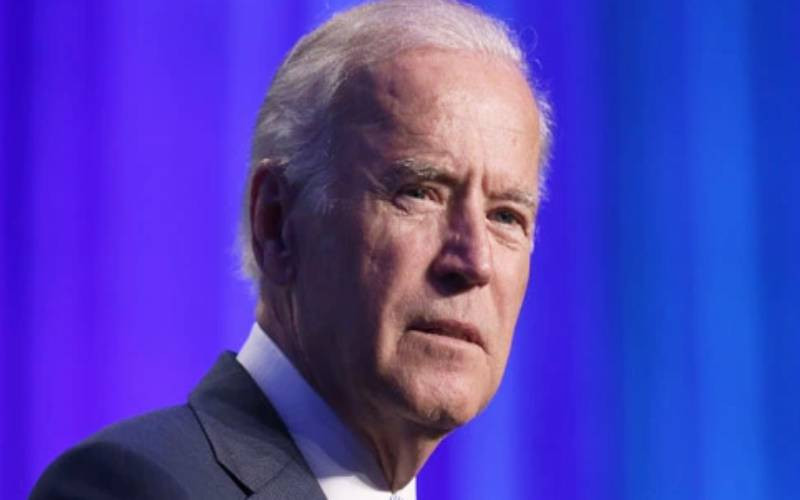 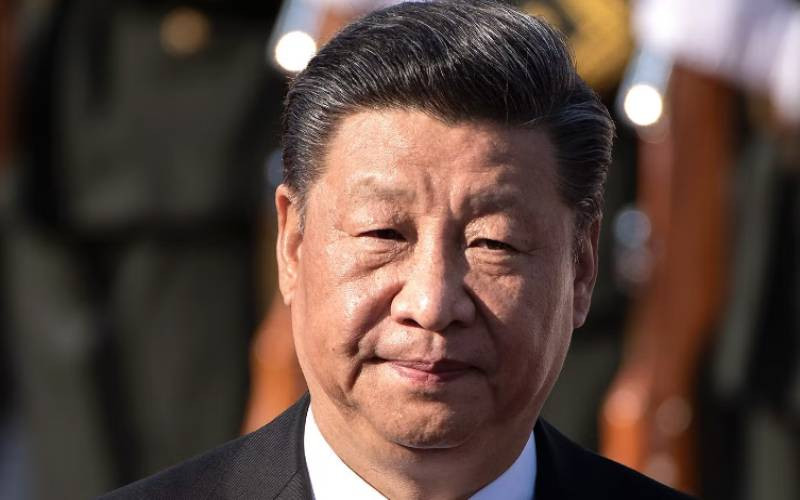 By Xinhua 28 mins ago
Brazil coach Tite: This is why we were beaten by Cameroon