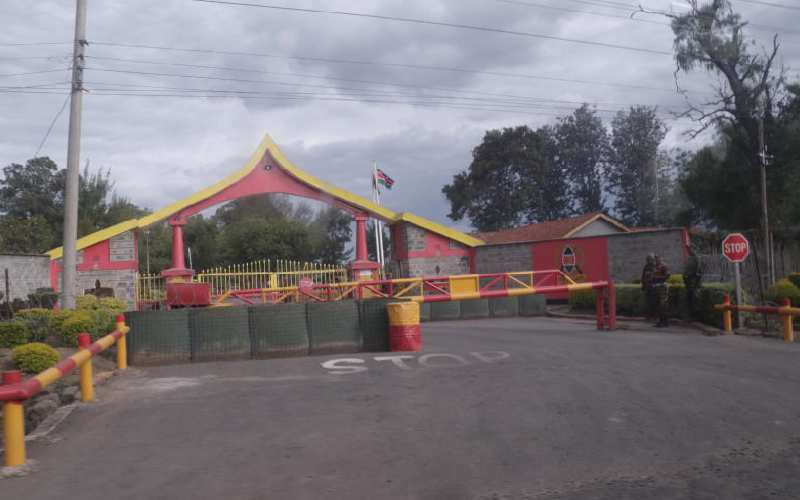 Police in Nakuru have summoned two Standard Group journalists over a story about Lanet Army Barracks being under lockdown due to coronavirus. The Directorate of Criminal Investigations (DCI) summoned Julius Chepkwony and Daniel Chege today and demanded that the two disclose their source of information. Nakuru County DCI officer Michael Mwenze summoned the two via a text message.

According to the summon, Chepkwony and Chege are expected to appear before him at County DCI offices in Nakuru on, April 7, 2020. The barracks were reportedly put under lockdown after one of KDF soldier was reported to have come into contact with a Covid-19 patient. The movement of the soldier was restricted and other soldiers quarantined. About 40 soldiers and their families are undergoing observation. Mwenze, however, has termed the reports false and said they were investigating a case of publication of false information contrary to Section 23 of the computer misuse and cyber-crimes Act No. 5 of 2018.

According to the text seen by the Standard, the officer quoted Section 52 of the National Police Service Act on power to compel attendance by the two. “I Michael Mwenze a Senior Superintendent of Police attached to Nakuru County as Criminal Investigations officer and investigating a case of publication of false information Contrary to Section 23 of the computer misuse and cyber-crimes act No. 5 of 2018, do hereby compel you Chepkwony to appear before me at the County Criminal Investigations Office at Nakuru DCI headquarters,” read the SMS. The two journalists are expected to appear before the CCIO at 9 am. A multi-agency team of health workers from the Ministry of Health has since been dispatched to the barrack to monitor the condition of the soldiers. Before the DCI summons, Nakuru County Commissioner Erastus Mbui called The Standard saying he had been directed to summon the journalists to shade more light on the story.

Mbui said the story had caused anxiety within the military and security apparatus, and that it was sensitive. He, therefore, requested the journalists to record a statement, failure to which they would be forced to do so. "Security is a sensitive matter that cannot be published without clarification," said Mbui. The reported lockdown was enforced on Friday, April 3, and no one was allowed in and or out of the barracks. "Yes, there is no getting in or out of the camp as per directive and regulations issued. The movement has been restricted including vehicles," said a source who spoke on condition of anonymity. He said the restricted movement is meant to prevent the spread of the virus that has killed at least 4 Kenyans with 122 cases reported across the country. The source said that there was concern that the officer who was staying with the 20-year-old woman interacted with more soldiers at the camp while on duty. However, the officer was not aware of the status of the woman with a history of having travelled from Mombasa until Health Cabinet Secretary Mutahi Kagwe confirmed on Thursday. The 20 -year-old, currently undergoing treatment at the Rift Valley Provincial General Hospital in Nakuru travelled from Mombasa to reside with her sister married to a soldier who is stationed at the Lanet Barracks. She allegedly fled from her ailing mother in Mombasa.