Use resident associations to revamp an ailing Nairobi 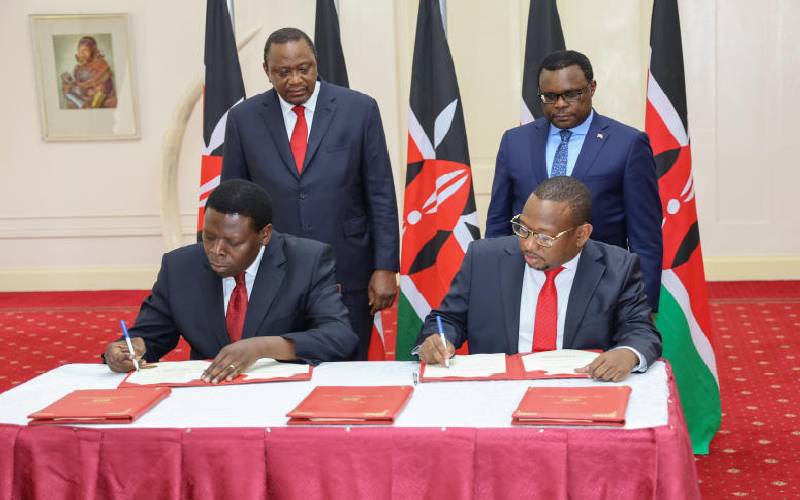 Bear with me readers from other counties, I am not yet done with County 047. If the Judiciary doesn’t stop transfer of Nairobi County Government functions to the National Government, this may be a done deal. The other question we must also answer, is what must happen next for those charged to oversee the intensive care unit disenfranchised Nairobians have been admitted to?  Last week’s column argued that there are deeper problems facing Nairobi than runaway corruption and collapsed essential services. Today’s crisis is a crisis of leadership not only in our State Offices but among the electorate. This week, activist Okiya Omtatah, lawyer Robbin Murimi and Katiba Institute challenged the transfer in three separate petitions at the High Court. Collectively, they argued that the transfer is unlawful, unconstitutional and invalid. In response, Attorney General Kihara Kariuki argued that Governor Sonko had the authority to give away the County to the National Government. His argument contradicts Anti-Corruption Chief Magistrate Douglas Ogoti’s ruling on December 11, last year that forbid Sonko from accessing his office until cleared of economic crime allegations.

Emboldened, Sonko rallied the County Secretary, Chief of Staff, County Attorney and eight county secretaries to approve the transfer. It is telling that this approval came before the findings and recommendations of the 17 sub-county and county-wide public consultations have been released. This move and notices that the Kenya Revenue Authority will start to collect revenue from Nairobi residents confirms last week’s suspicions that the consultations are a sham. Mpende msipende the February 25 State House deal could be the new reality for Nairobians from tomorrow. Over 100 leaders of resident associations met this week with Nairobi Senator Johnson Sakaja under the auspices of the Kenya Alliance for Residents Associations. The capital city’s greatest challenges were clearly stated in the morning meeting. The quality of life for most is crowded out by illegal structures, public space grabbing and uncontrolled development in residential areas. The neighbourhoods of residential homes, schools and hospitals are no longer off-limits for noisy clubs, mini-factories, carwashes and thirty storey business complexes. Change of licences for unscrupulous developers are facilitated by public officials that do not live near or care about the chaos caused by ignoring zoning by-laws. Traffic congestion, poor roads, inadequate water supply and poor garbage disposal are suffocating the city’s productivity and health. Regardless of whether Nairobi goes the proposed route of the Metropolitan Service Department or not, these problems must be tackled. The power of resident neighbourhood associations has been largely ignored by the County Government to date. Reinvigorating the Nairobi City Neighbourhoods Engagement Act (2016) could be an important starting point. The new administrators could actively engage associations to report and support the removal of illegal structures, block irregular land sub-division and protect public spaces. They could disband the cartel-controlled county planning and oversight bodies and appoint resident association representatives on all planning committees, liquor licencing and building approval boards. Last week, Mzee Oscar Beauttah, one of Nairobi’s fathers, died. His life inspired many. One of the nation’s earliest broadcast journalists, Oscar was also a community organiser and honest servant to millions of Nairobians. As the Ngei II Lang’ata Residents’ Organisation Chairperson, he successfully protected two large playing fields from landgrabbers. As Lang’ata Constituency Bursary Fund Chairperson for former MP Raila Odinga, he managed scholarships for thousands of children to graduate for over a decade. Before his death on March 4, he also helped find financing for Kibra’s Pamoja FM radio station and the St Michael Catholic Parish People’s Clinic in Otiende. Oscar’s service to Nairobi is a practical example of what Nairobi could be like, if the County and National Government genuinely invested in and positioned leaders that seek to serve higher than self.

Many administrators have come before Nairobians to declare bold transformative manifestos. Most have found themselves strangled by their own interests and cartels. Some of the cartels are eyeing the transfer proposal right now I suspect. Rather than seeing Nairobi as a terminally patient that needs intensive care, perhaps the new administrators can unleash the power of resident associations to step up and restore order. - The writer is Amnesty International Executive Director. He writes in his personal capacity. [email protected]

Nairobi county staff win first round of battle with NMS