Opinion
The senator, though seen by many as a firebrand, vociferously and unblinkingly defended the Maa community’s interests 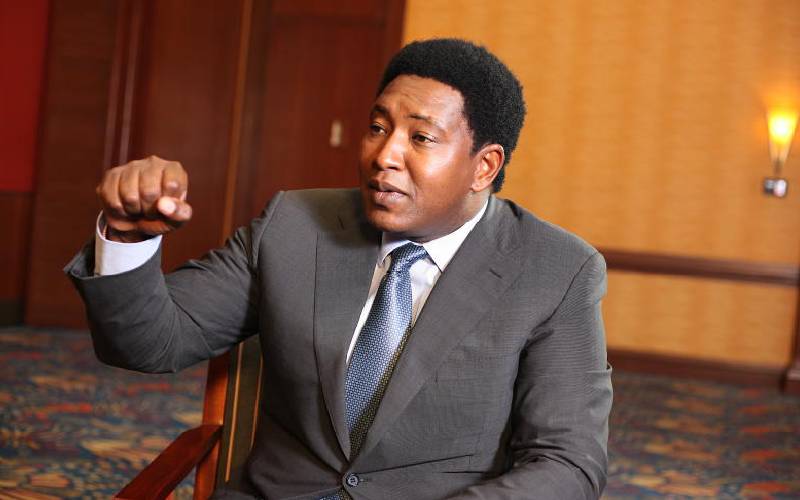 On Wednesday this week, I keenly followed the controversial debate on one of the local TV stations pitting two senators, Narok's Ledama Ole Kina and his Kericho counterpart Aaron Cheruiyot. The debate revolved around the Building Bridges Initiative (BBI) and the plight of Maasai community ahead of the Narok BBI forum. Cheruiyot, conspicuously an anti-BBI crusader, was hell-bent on portraying the BBI as divisive at all cost. On the contrary, Ole Kina distinguished himself as an ardent supporter of the BBI and saw the initiative as what the doctor asked for in articulation of the predicaments of the Maa community. Ole Kina, though seen by many as a firebrand, vociferously and unblinkingly defended the Maa community’s interests. He decried the exploitation of the Maasai masses by the moneybags who buy their lands skimpily, subdivide the parcels and later sell them exorbitantly. According to Ole Kina, the exploitation doesn't end there. These privileged moneyed individuals later take advantage of the biting poverty among the Maasais and buy their way into political kingdom ending up dominating the Maasai politics. Poll chaos

He therefore thought that to end this, those who buy Maasai land should not subdivide it and should equally remain apolitical while in the region. His sentiments ensued at the chagrin of Cheruiyot who accused him of propagating divisive politics and declared his remarks the acme of ethnic chauvinism as advocated by the BBI. As a Kenyan of Goodwill and who loathes ethnicity and mean well for this country, I found Cheruiyot's sentiments populistic, dishonest and mere political grandstanding. Without any iota of prevarication, I can bet my neck that Cheruiyot did not mean what he preached! I therefore support Ole Kina because first, the hypocrisy exhibited by Cheruiyot has been the modus operandi of Kenyan political class with very egregious results. Consequently, the Rift Valley has become a bedrock of ethnic cleansing at the slightest excuse of a disputed election since the reintroduction of multiparty democracy. Secondly, common sense tells me that what Kenya needs is an honest discussion for proper diagnosis of our malaise for us to make a milestone in striking a Modus Vivendi among the 45 ethnic communities in the country. Preaching unity then inciting your kith and kin during elections has proved catastrophic for our motherland. Let Ole Kina speak out for us to tackle the endless malady of ethnicity. Since Cheruiyot's lip service to unity has failed, let's try the straight-talk strategy as advocated by Ole Kina. As the old maxim goes, insanity is doing things the same way and expecting different results. Thirdly, no one can feign ignorance of the Maasai land plight. Every goat and fowl in this country is aware of the calamitous trajectory the Maa community land history has followed. Now is the time for putting an end to this and BBI provides the avenue as Ole Kina indicated. Mau evictions It is ludicrous that Cheruiyot, a vehement critic of Mau eviction, finds it demonic for Ole Kina defending Maasais’ interest while he is ready to sacrifice environmental preservation at the altar of Kalenjins’ interest. This is the stark hypocrisy that Kenya must eschew for us to edge closer to nationhood. It is also erroneous for Cheruiyot to subjugate the Maasai rights to those of wealthy land buyers in Maasai land. The law should protect the weak as opposed to acting as a smokescreen to exploit the defenseless. The rights of the Maa people should therefore supersede the capitalistic interests of the wealthy land buyers. Kapseret MP Oscar Sudi is eloquent with threats that should the Kikuyu nation fail to support their man for the top seat, there will be a replica of 2007/08 violence in Rift Valley. The only thing that makes Sudi intimidate the perceived outsiders of the Rift Valley is his belief that it's originally Kalenjin's. The Kericho senator has never publicly condemned Sudi for his inflammatory remarks. Traveling all the way to Maasai land to find a tribalist in Ole Kina while failing to see Sudi in his own village is laughable. In a nutshell, let's listen to Ole Kina instead of incriminating him. He means well for this country. He is just a victim of the Kenyan hypocrisy!

Mr. Ogolla is a PhD student and a part-time lecturer of History at Jaramogi Oginga Odinga University of Science and Technology