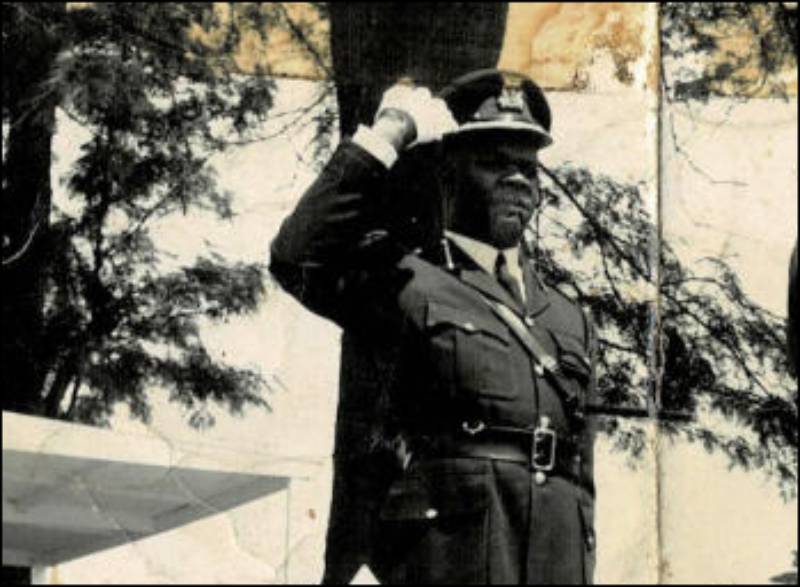 Kenya’s legendary policeman who was among the first to conduct a full ceremonial parade for founding President Mzee Jomo Kenyatta in 1963, has died aged 89. Henry Obiero (pictured) made history as the first black police officer to conduct such a ceremony in July 1963 -- Kenyatta’s first parade a month after he was sworn in as the country’s first Prime Minister of independent Kenya. The parade at the Nyeri’s Ruringu stadium marked the change of the face of the police leadership from the colonialists to locally trained officers. In an earlier interview with the Saturday Standard, Mr Obiero said Kenyatta was so happy that he congratulated him after the colourful parade. One of his sons, Philip Obiero, yesterday confirmed his father would be buried at his home in Ugenya, Siaya County. “Mzee has been sick for some time. We are finalising burial arrangements. He has left a big mark in this country as a highly trained police officer who helped build the police department,” said Phillip. Obiero was a man of firsts. He was the first black Kenyan to become a provincial police officer and worked in Nyanza and Western provinces soon after independence. He was one of the two black Kenyans to be promoted to the position of Assistant Commissioner of Police  in September 1964. The other officer was Sakaria Shimechero. Obiero was also the first black police commander to order the arrest and prosecution of a prominent white farmer.