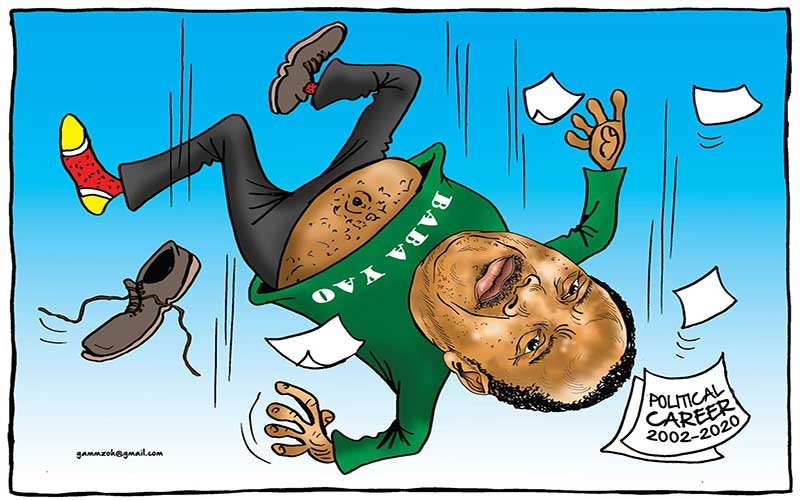 In its determination to send Governor Ferdinand Clifford Ndungu Waititu Baba Yao home, the Senate this week failed in its duty to adhere to the high dictates of the Constitution. For the avoidance of doubt, let me state categorically that I believe that Governor Waititu deserved impeachment. If Kenya was a democracy where leaders are accountable to the public they serve, Baba Yao would have resigned from office the day the Commission for Administrative Justice found him culpable in the Cecilia Mbugua case. This was not the usual blog generated allegations of corruption and abuse of office. This was a matter investigated by a quasi-judicial tribunal which determined that Waititu had abused office and grabbed land belonging to this widow who went to seek assistance from the county. On that score alone, he was impeachable. My position is therefore not that the Senate was wrong in finding him guilty of abuse of office; it is that in not ensuring that all the necessary procedural safeguards were fully followed, it played to a public gallery that was baying for blood and kept its eyes too focused on the politics of the impeachment.

It forgot that in failing to protect some because we consider them guilty anyway, we remove the safeguards that will tomorrow protect the innocent. It becomes even more critical when the issue in question is the taking away of the democratic franchise; the removal from public office of an elected officer. This is a solemn responsibility given grudgingly to very few entities. The ultimate value of democracy is that the people’s vote, even where it amounts to voting the greatest of charlatans, is of maximum sanctity. It is only in very exceptional circumstances that the will of the people is supplanted by the decisions of a tribunal. For this reason, the procedural and substantive safeguards required by the Constitution and the law for usurping that democratic choice of a people is very high. For governors, the County Assembly must go through two votes, one to pass a motion to consider impeachment and then finally to impeach after hearing the case against the governor. In this latter scenario, a threshold of two thirds of the members is required to vote in favour of impeachment. The rules of natural justice also require that the governor is given an opportunity to be heard. In the Senate, the governor goes through a trial duly represented by Counsel. In this entire process, justice must be done and be seen to be done. Watching the Senate process this week, three things concerned me. Firstly, I understood why impeachments of the President of the United States are overseen by the Chief Justice. While Speaker Lusaka, not being a lawyer, though ably assisted by Clerk Nyegenye, acquitted himself well, I believe that there would have been a more constitutionally compliant process if these complex quasi-judicial proceedings were overseen by a person who could better navigate the delicate constitutional and statutory minefields that matters of this nature exhibit. Secondly, I was concerned by the Senate down-playing the procedural safeguards that were required of the Kiambu County Assembly. In failing to investigate whether the County Assembly had adhered to the constitutional and statutory requirements in impeaching the governor, the Senate failed to appreciate that it was placed in that process primarily to be a bulwark against County Assemblies abusing their power to impeach. The Senate, whether the governor made the case or not, needed to be absolutely clear that the County Assembly complied with the law. Finally, the Senate needed to bend over backwards to allow the governor to present his case. Even if that meant allowing him filing his evidence out of time, the matter in question was too important to be pursued as if he was being blocked from presenting a legitimate case. Why would the Senate want to leave such a critical process tainted with a veneer of unfairness? So yes, Governor Baba Yao needed to go home, but he was entitled to full and equal protection of the law. That he was denied. - The writer is an Advocate of the High Court of Kenya