North Eastern
The Samburu County government has formed a team to tackle locusts entering the region from neighbouring counties. 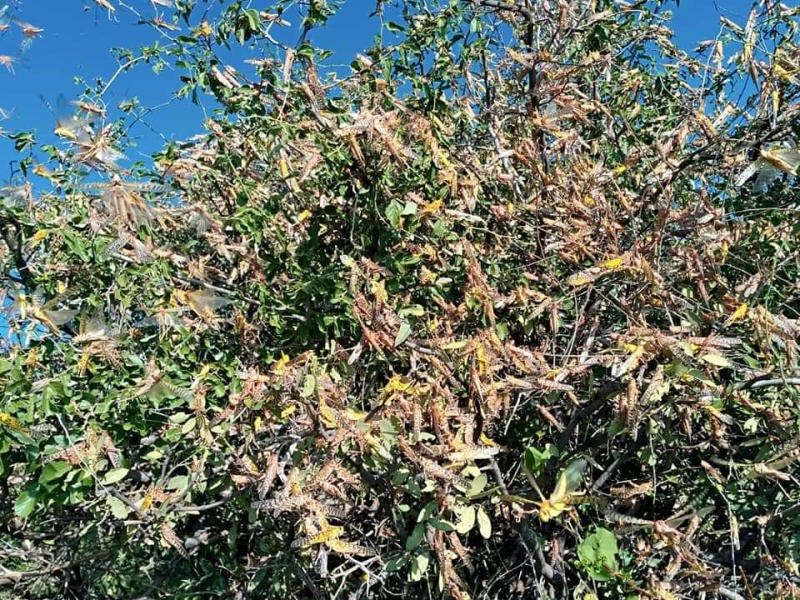 The Samburu County government has formed a team to tackle locusts entering the region from neighbouring counties. Swarms of locusts have descended on Sirata Lalkanchao, Samburu central, east and north Sub-counties in the last few days, destroying crops and vegetation in an area predominately occupied by pastroralists. “Following the invasion, a team has been constituted to coordinate the locust control programme. The county’s departments of agriculture and special programmes will take the lead role.

The team has been on the ground for the last three days,” CEC member in charge of Agriculture Vincent Learaman said.  Dan Mpagani, a local at Archers village in Samburu East is among persons counting losses after a swarm of locusts invaded his farm on Friday. Mr Mpagani said residents informed local administration and agricultural officers about the attack but nothing has been done to stop them from spreading. “Colonies of the pest invaded our farms on Tuesday, and they continue to destroy vegetation,” he said. Nodoto Ward MCA Raisy Letura, whose area has been affected by the insects said the national government should address the disaster with urgency. “The ministry should set up stringent measures to avert destruction caused by the locusts. It is worrying that we might have famine because what we intend to feed our livestock on is being destroyed,” he said.

The insects have caused panic in Mandera, Wajir, Marsabit, Isiolo and Garissa counties.