Kenya
With the country's population currently witnessing exponential growth, Raila said the blue economy will be the only saviour in the distant future. 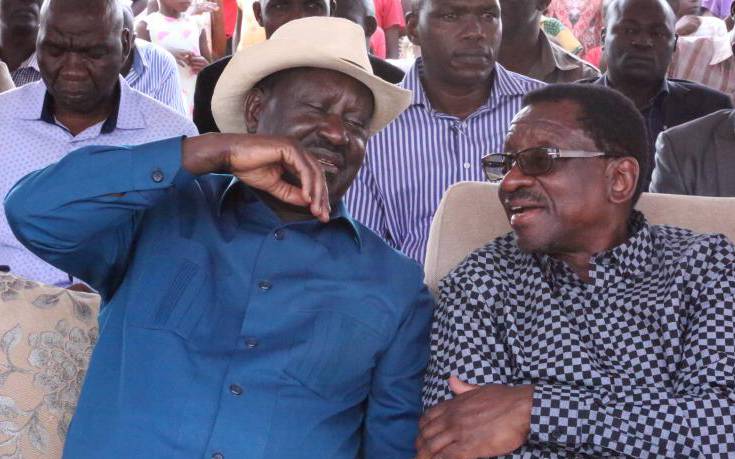 The blue economy is set to create thousands of jobs for the youth, open up new business opportunities as well as attract new investments in Kenya. According to AU Special Envoy for Infrastructure Raila Odinga (pictured left), investing in this venture will provide multiple social and economic benefits for current and future generations, restore productivity and resilience of marine ecosystems. With the country's population currently witnessing exponential growth, Raila said the blue economy will be the only saviour in the distant future.

Currently, Kenya’s population continues to grow by around one million per year. This means unless adequate measures are taken to deal with the trending demographic dividend likely to exert more employment pressure, many Kenyans will be jobless. Economic growth "This is why the blue economy drive is key since it seeks to promote economic growth, social inclusion, improvement of livelihoods and environmental sustainability," he added. Raila stressed that lack of new jobs combined with a demographic dividend could spark an increase in the share of the population that is dependent on the working population, which, if not checked, will trigger economic insecurity in the country in future, as there will be fewer people generating wealth thus creating a vicious cycle of poverty. This is one of the reasons that informed the current developments at Kisumu Port and other bays along the lake shores in Nyanza and Western counties.

SEE ALSO: ODM to kick out 9 MPs for working with Ruto

"Investing more and more efficiently in people will enable Kenya tap into its expanding population and prepare the country for the future," Raila said. Speaking at Awelo village in Siaya County, Raila said plans were underway to revive active inland water transport and create new businesses in Lake Victoria. The AU envoy said despite the presence of the second largest water mass in Nyanza, the natural resource has been underutilised. "This is because people here, or fishermen or marine investors only use it for boat transport and fishing activities, leaving other economic potentials unexplored," he added. Raila was accompanied by Siaya Senator James Orengo and Ugunja MP Opiyo Wandayi. Kisumu Senator Fred Outa and former MPs Jakoyo Midiwo and Joe Donde were also present.

SEE ALSO: Raila: My deal with Uhuru is on reforms not ‘nusu mkate’