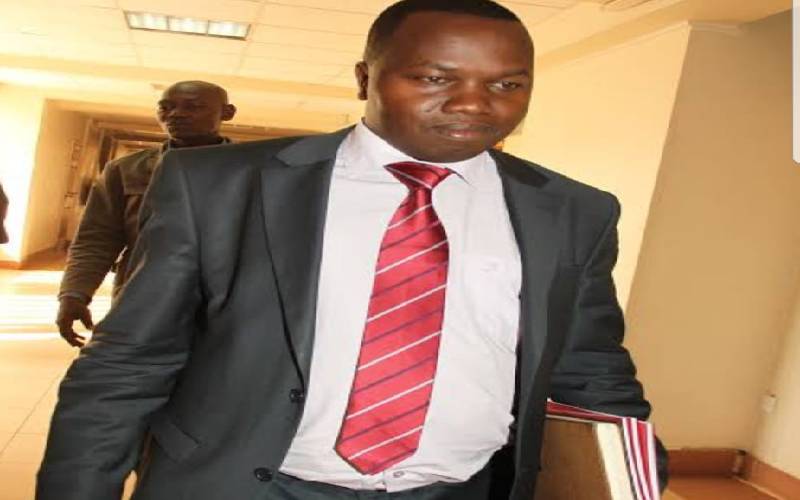 A consumer watchdog has gone to court to stop City Hall from doubling parking fees from Sh200 to Sh400. Consumers Federation of Kenya (Cofek) lawyer Henry Kurauka (pictured) yesterday said the decision to increase parking fees was unconstitutional because the Nairobi County Government had failed to conduct a proper public participation exercise.  County Director of Parking Tom Tinega had issued a notice stating that the new charges would be effected after ward rep made changes to the Finance Act, 2019 to assist the county raise additional revenue.

But Kurauka argued that Mr Tinega did not have the legal mandate to set timelines for the commencement of the Finance Act. In the notice by City Hall, Nairobi has been divided into three commercial zones with parking fees ranging from Sh100 to Sh400. Buses that are not public service vehicles will pay Sh1,000 daily. Kurauka said that if the new charges are implemented, the rights of consumers will be greatly infringed even as they struggle with the high cost of living. “There is no reasonable cause to increase parking fees at a time when most consumers are struggling to provide basic amenities for their families such as food, housing, healthcare, school fees, clothing, fuel, airtime, transport and expenses for other important social activities,” he said. The organisation further noted that the decision requiring buses to pay more to access the city centre would cause a ripple effect and result in raised fares, which would affect commuters' travel plans this holiday season.

Cofek said the county government had not ensured the security of motor vehicles, adding that it had received numerous consumer complaints of increased insecurity in the designated parking zones. Security services, it added, had been assigned to parking boys.