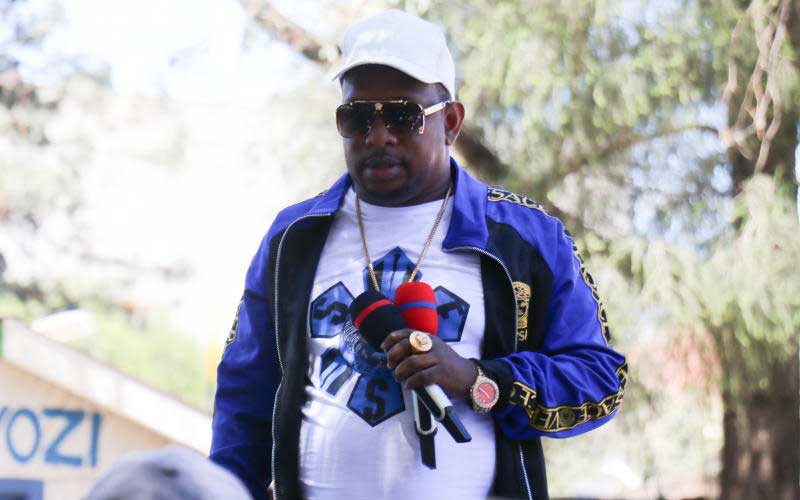 Nairobi Governor Mike Sonko (pictured) loves the finer things in life. A video showing the county chief joining revellers at the VIP section of a club in the city recently excited social media users. In the 40-second clip, shared on his Facebook page, the governor is seen getting up from his seat to dance as several screens brightly display his name.

The event occurred barely three days after Sonko scooped an international award at a ceremony held in France. He was jubilant as he took to his social media pages to announce that Nairobi had beaten 105 other cities in the world to bag the Social and Economic Equity trophy. The award ceremony was held in Montpellier, France. It is part of the ongoing Milan Pact Awards 2019. Record conversations "The awards focus on governance, sustainable diets and nutrition, social and economic equity, food production, food supply and distribution and food waste prevention," Sonko wrote on his Facebook page.

Branding himself the champion of people's rights, calling on true and imaginary foes to challenge him, the county boss had at one point shifted his office to Machakos County, claiming his life is in danger. The governor is known to record phone conversations with high-profile personalities that he has on several occasions made public. He has accused Interior Principal Secretary Kibicho Karanja of carrying out a with-hunt targeting him, and blames him for his woes. Similarly, he has accused Jubilee party officials, led by former vice chairman David Murathe, of trying to oust him from office. Recently, two of Sonko's drivers were accused of blocking President Uhuru Kenyatta's motorcade as he made his way to the city from the Jomo Kenyatta International Airport.

Sonko's communications director Jacob Elkana denied the incident despite the two drivers, Antony Wangamba and Joseph Njue, being charged. The drivers were alleged to have driven their vehicles into the path of the presidential motorcade, causing it to slow down. The two appeared separately before Principal Magistrate Martha Nanzushi. They denied the charges. Their charge sheets indicated Nairobi County Government as their physical address.