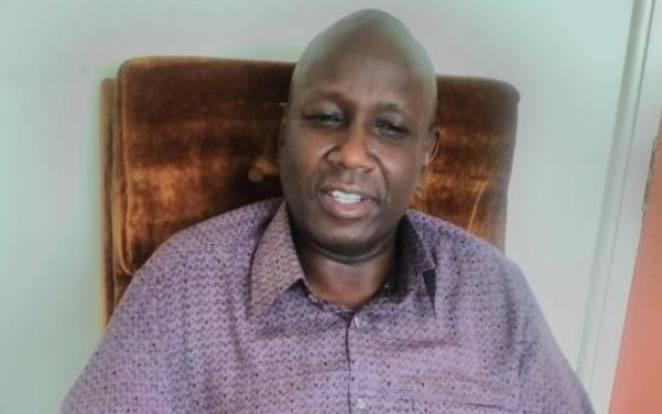 A lawyer who had denied siring his client’s child got a rude shock when a DNA test proved he did.  The test was conducted by Kenya Medical Research Institute after Richard Kipsang Lagat (pictured) sued the mother of the four-year-old child denying paternity. Last July 10, Principal Magistrate Bernard Mararo ordered that the minor be subjected to a DNA test after the lawyer sought the orders.

SEE ALSO: For better, for worse: Waiguru’s husband steps up to defend her honour

“Based on the testing results obtained from the analysis of the DNA loci listed above, the probability of paternity is 99.999 per cent. The results are consistent with the alleged father being the biological father of the child tested,” read the DNA results interpretation. Earlier this year, the lawyer sued the woman, accusing her of failing to produce the child for DNA to ascertain paternity. Although he admitted that he had a brief liaison with the woman in 2014, he denied siring her child.  “It is within my knowledge that the defendant and I had a very brief liaison sometime in the year 2014 or thereabout, and I verily believe that I did not impregnate the defendant as a result of the said liaison,” stated the lawyer in his suit. Extortion claims

He claimed the woman, in a bid to extort money from him, had been using lawyers, police and the Children’s Department to compel him to undertake parental responsibility for the minor. The man further stated that the woman’s actions had taunted, harassed and publicly embarrassed him. He claimed he had undergone psychological torture as a result of the woman’s actions. The lawyer told court he was ready and willing to take up parental responsibility of the minor if the paternity was confirmed by way of DNA, and asked the court to issue orders compelling the child’s mother to present the minor at Rift Valley Provincial General Hospital Nakuru or any other facility for the DNA test. He also wanted the court  to issue a permanent injunction barring the woman from taunting, abusing, harassing, publicly embarrassing and subjecting him to psychological torture on account of alleged paternity. Documents attached to the suit indicate that the lawyer has been fighting to have the minor subjected to DNA test since 2016.

In September 19, 2016, the lawyer responded to a letter by the mother of the child demanding upkeep money. Assaulted in office The minor’s mother, in a letter dated September 15, 2016, stated that the lawyer, on September 14, called her to his office to collect Sh5,000 to buy clothes for the child. She said the man, instead, assaulted her and denied her the money. “That when she came, you not only assaulted her but you also refused to give her Sh5,000. You also denied paternity and refused to provide maintenance for your child,” read the letter. Mr Lagat, in response, said he would not remit the Sh5,000.

The court further ordered the woman to stay away from the lawyer. The case will be mentioned on January 22, next year.