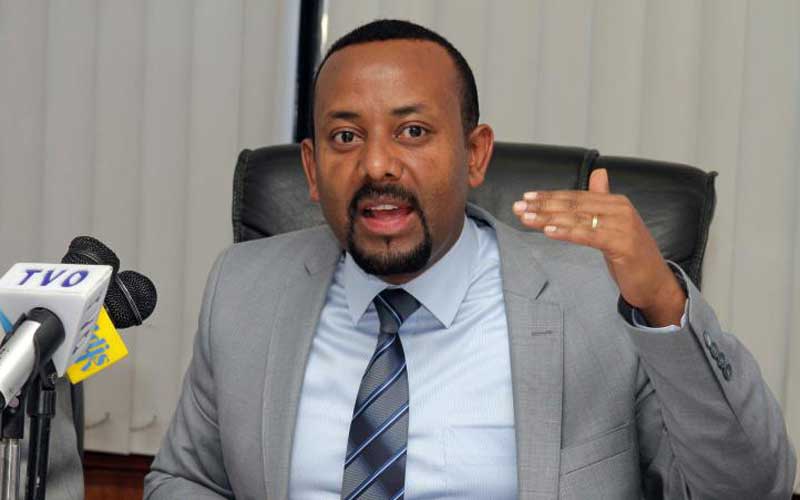 The award of the Nobel Peace Prize to Abiy Ahmed (pictured), the Ethiopian Prime Minister is certainly befitting and worthy of our praise. The 43-year-old Abiy, who helped end a 20-year war between his country and Eritrea, has demonstrated a rare breed of leadership. How this young man – born when I was already in secondary school – managed to also broker a power-sharing deal in Sudan within his short stint in leadership, is worthy of study. Having been in leadership for just over one year – since April 2018 – Abiy has shown that with courage and wit, the challenges of today can be tackled efficiently and effectively.

As the Norwegian Nobel Committee said of the award, Abiy’s efforts truly deserve recognition and need encouragement. However, whereas the Ethiopian Prime Minister, upon hearing of his recognition tweeted, “This award is for Ethiopia and the African continent,” there is a sense in which Africa still has a thing or two to learn from Abiy before we can fully share in his glory. The number of lives lost in this continent from senseless cross-border and internal conflicts speak of a people yet to discover amicable ways of resolving disputes. Our own country, once described as an island of peace, seems to have become tired of tranquil and has been courting war for decades. This peaked in 2007/08 when we butchered one another – for nothing. Whereas history is full of men and women who have stood out in their times as icons of leadership due to their military prowess, the ground has shifted radically. The leadership of today and tomorrow is not for yesterday’s strongman but belongs to men and women of wit and tact like Abiy.

The world has become so vastly multifarious that many of its inhabitants find themselves under great social and economic pressures as they struggle to find their space in what McLuhan termed as the global village. And as people are confronted with these vicissitudes of life, a deep longing rises up in the human heart for leaders that can be trusted, even loved; for leaders that take individuals and communities where they need to go – towards wholeness of life. Yet, as we look at our leadership arena, we see leaders who still believe in brute force tactics of yesteryears. Some men still brutalise their wives and children to assert their headship. Some bosses still employ the old dictatorial tendencies towards those they lead. While Abiy is crossing ethnic barriers and national boundaries to win over enemies, our politicians are criss-crossing the country looking for funeral meetings and upstaging church services to hurl insults at real and imagined opponents. Even the great Handshake, which should have qualified our two leaders for the Nobel Peace Prize nomination, is slowly becoming a tool for war. What could be the problem? Is it that we do not know the path to peace? I think not; we have brokered peace for most of our neighbours. Charles Spurgeon made a profound observation, “Wisdom is the right use of knowledge. To know is not to be wise. Many people know a great deal and are all the greater fools for it. There is no fool so great a fool as a knowing fool. But to know how to use knowledge is to have wisdom.” Those are hard words, yet how so true. They imply that any leader desirous of success in today’s environment must be alive to the challenge of globalisation and its demand to shift paradigm.

According to Steve Covey if we are happy with minor, incremental changes and improvements, then all we require is to work on practices, behaviour, or attitude; but significant quantum improvement can only be achieved by working on paradigms. Indeed, Albert Einstein made it clear that, “The significant problems we face cannot be solved at the same level of thinking we were at when we created them.” The task therefore is to find leadership imperatives that will appropriately respond to the changing problems of our existence. It is a search for leaders in the rank of the sons of Issachar who had a clear understanding of the times, to know what Israel should do. It is a call to tact and wisdom in leadership. It is this kind of wisdom that has thrust the new and young Ethiopian Premier into the global arena of distinguished leaders within a brief eighteen months. Oh, that God may do it for us too – that we may dwell in unity, peace and liberty. - The writer is the presiding bishop of Christ is the Answer Ministries. [email protected]