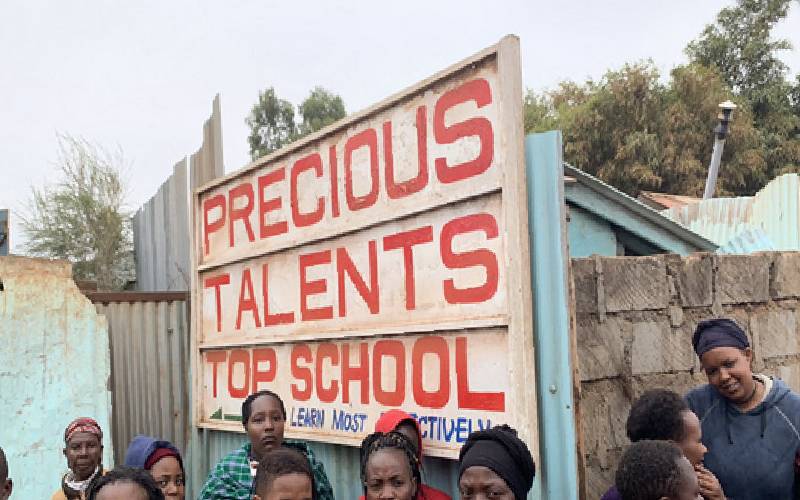 Moses Wainaina, the owner of Precious Talent School has objected the prosecution's request that he be detained for another 14 days pending investigations into the death of eight pupils after a classroom collapsed in his school. Wainaina’s legal team told a Nairobi court on Friday that he has been cooperating with the police and that there was no need of detaining him. The lawyers said Wainaina was questioned on Monday by police and released before presenting himself to the police again on Thursday. The prosecution is seeking two weeks to detain the Wainaina so that they can conclude investigations.

In their application, the prosecution wants more days to investigate the circumstances under which the building collapsed. Wainaina was arrested on Thursday after Education Cabinet Secretary George Magoha ordered the institution to be closed after Monday tragedy While rejecting Wainaina’s bail application, the prosecution said releasing him could also endanger his life due to public anger. Wainaina’s lawyers however objected to the application saying their client was not in danger having stayed outside for four days after the tragedy. “He faces no danger as claimed by the prosecution, no one has threatened for the four days he was free following the school tragedy.”

Wainaina is accused of giving false information while seeking a school registration certificate from the Ministry of Education. According to Magoha, the school is supposed to admit only 340 pupils but ended up with over 800 pupils. Magoha has already announced the closure of two more schools after revoking licenses and ordered the relocation of over 800 pupils to nearby public schools.

How Ministry will compensate for the lost learning time