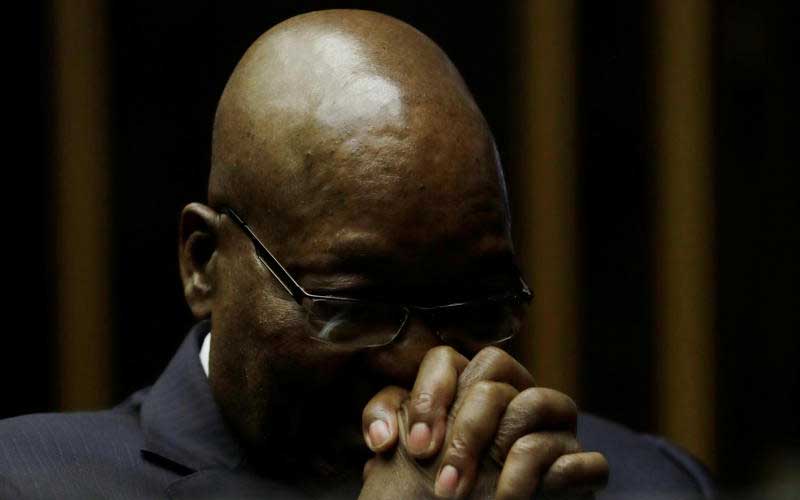 Former South African president Jacob Zuma (pictured) on Friday withdrew from testifying to an inquiry into state corruption under his rule, citing biased treatment and harsh questioning. "We are here today to say that we will take no further part in these proceedings," Zuma's lawyer Muzi Sikhakhane told the inquiry commission in Johannesburg. "Our client from the beginning... has been treated as someone who was accused," he said.

An agitated Sikhakhane said the inquiry had become "a political process where the left hand doesn't know what the right hand is doing," drawing loud clapping and cheering from public members at the inquiry. Zuma, who started testifying on Monday, had dismissed all accusations made against him by previous witnesses to the inquiry. In the corruption scandal popularly referred to as "state capture", Zuma is accused of overseeing mass looting of state assets during his nine-year tenure. He was ousted by the ruling ANC party in 2018 and replaced by his deputy, Cyril Ramaphosa. Zuma was due to give a final day of evidence on Friday after the inquiry was adjourned on Wednesday when he complained that the questioning was effectively a court cross-examination.