Rift Valley
Githui said NLC had agreed to compensate the squatters after the annexed mediation came to a positive conclusion. 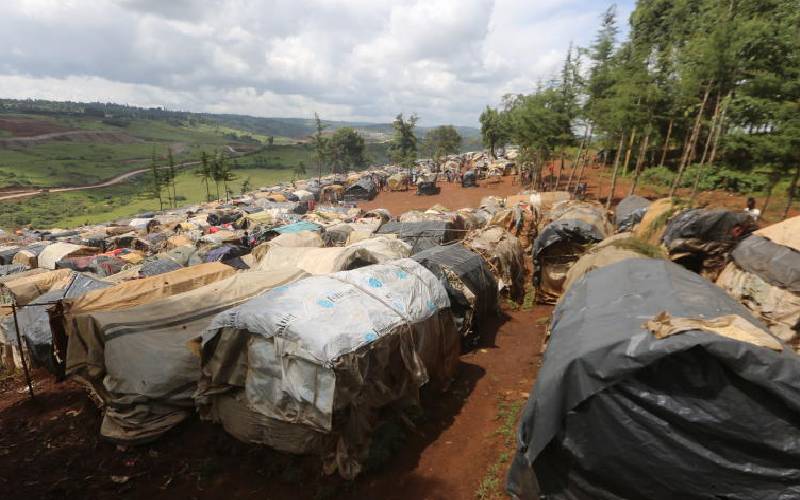 The fate of over 10,000 squatters seeking compensation for 86,000 acres of land irregularly allocated by the State in 1993 now hangs in the balance. Lawyers representing the squatters and the National Land Commission (NLC) told Deputy Registrar of the High Court Margaret Kyalo that they were yet to sign a consent decree as directed and that they should be given more time to continue with consultations. A consent decree is an agreement or settlement that resolves a dispute between two parties without admission of liability (in a civil case).

The squatters had sued NLC over the land in Mau Narok that they had bought from the Government in 1993 but claim it was irregularly allocated to other people. Last Tuesday, the case seemed to have been resolved after an eight-year battle and the squatters were upbeat after their counsel John Githui told court that an agreement came about during the mediation. Githui said NLC had agreed to compensate the squatters after the annexed mediation came to a positive conclusion. However, by Monday, the documented report on the consent decree on the settlement of the issues was yet to be prepared. In February, this year, Justice Rachel Ng’etich had ordered the parties to settle the matter through court annexed mediation after it took note that the case has never proceeded since 2011 when the suit was filed.

The squatters moved to court in 2011 and sued NLC and the Attorney General, claiming they were never allocated the land despite paying for it. “The plaintiffs seek payment of Sh17,914,499 for the amount of money spent during the entire process of acquiring land. They also seek compensation for the loss of 86,380 acres of land currently settled on by other people, damages and costs of the suit and interest,” reads the suit.