The Babylon system is strangling us, let’s sing redemption song

Alexander Chagema
Kenyans thought they had elected people who would care about them. Little did they know these were vampires out to cannibalise them and generations. 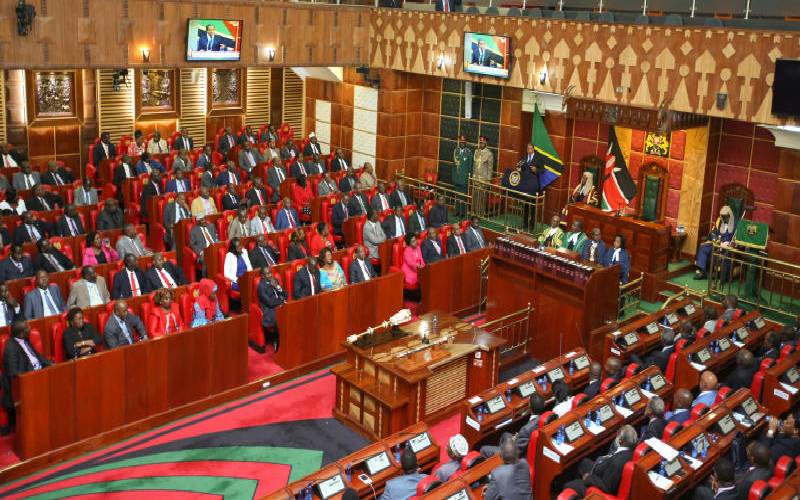 Bob Marley, one of the greatest reggae artists ever, once opined; “one good thing about music, when it hits you, you feel no pain”. And trust me, Bob Marley had quite a number of hits that relayed messages of hope, calls to belief in humanity and the need for conscience. But one wonders whether those masquerading as honourable Members of Parliament, when everything about them is dishonourable and repulsive, have an iota of either conscience or humanity. All around us are femicides, domestic violence, felonies, starvation, homicides, desperation, cries for help from jobless Kenyan youth, emaciated workers forced to trek tens of kilometres to get to work daily, homeless pregnant women giving birth in recreation parks, horrendous maternal deaths in hospitals, rogue police officers, exorbitant taxation, a cost of living that has gone through the roof, wastage in both tiers of government, dysfunctionality and institutionalised corruption. Nary a good thing to write home about.

SEE ALSO: Kingi: Tender for hospital was open, above board

Yet while common sense dictates these should occupy the dullards elected to champion the plight of citizens, their minuscule, single-track minds would rather scheme how to maximise pilferage from the national kitty. Picture this; millions of Kenyan workers are lucky to take home Sh10,000 as a combined package of salary and house allowance at the end of the month. An MP who works a maximum of three days a week, if at all, gets a salary of over Sh1 million, a monthly house allowance of Sh250,000, a Sh20 million mortgage and Sh10 million medical cover, sitting and mileage allowances. Sadly, the two categories meet at the supermarket and purchase sugar at the same price. It is sickening. People freedom Ruffled by this reality, three of Bob Marley’s songs came to mind; Redemption Song, Zimbabwe and Babylon System. A number of Kenyans may not be conversant with these songs, hence, I take liberty to reproduce the lyrics here. From the Babylon system, Marley sang; “We refuse to be what you wanted us to be. We are what we are. That’s the way it’s going to be, if you don’t know, You can’t educate I. For no equal opportunity (talkin’ ‘bout my freedom) .Talkin’ ‘bout my freedom. People freedom and liberty! Yeah, we’ve been trodding on the winepress much too long. Rebel, rebel! Yes, we’ve been trodding on the winepress much too long. Rebel, rebel! Babylon system is the vampire, yea! (vampire).Suckin’ the children day by day, yeah! Me say de Babylon system is the vampire, falling empire, Suckin’ the blood of the sufferers, yeah! Building church and university, wooh, yeah! Deceiving the people continually, yeah! Me say them graduatin’ thieves and murderers. Look out now they suckin’ the blood of the sufferers (sufferers) This generation

Moving onto Zimbabwe, Marley observed that: “Every man gotta right to decide his own destiny. And in this judgment there is no partiality. So arm in arms, with arms. We’ll fight this little struggle ‘Cause that’s the only way we can overcome our little trouble. Brother you’re right, you’re right. You’re right, you’re right, you’re so right. We gon’ fight (We gon’ fight). We’ll have to fight (We gon’ fight). We gonna fight (We gon’ fight). Fight for our rights! Natty dread it in-a (Zimbabwe). Set it up in (Zimbabwe). Mash it up-a in-a Zimbabwe (Zimbabwe). Africans a-liberate (Zimbabwe). No more internal power struggle. We come together to overcome the little trouble. Soon we’ll find out who is the real revolutionary. ‘Cause I don’t want my people to be contrary…” The Redemption Song actually puts our collective leadership into perspective; “Old pirates, yes, they rob I. Sold I to the merchant ships. Minutes after they took I, from the bottomless pit. But my hand was made strong, by the hand of the Almighty. We forward in this generation. Triumphantly. Won’t you help to sing, these songs of freedom? ‘Cause all I ever have, redemption songs, redemption songs. Emancipate yourselves from mental slavery, none but ourselves can free our minds. Have no fear for atomic energy, ‘Cause none of them can stop the time. How long shall they kill our prophets, while we stand aside and look? Ooh, some say it’s just a part of it, we’ve got to fulfill the book. Won’t you help to sing, these songs of freedom? ‘Cause all I ever have, redemption songs, redemption songs....”. Kenyans thought they had elected people who would care about them. Little did they know these were vampires, beasts out to cannibalise them and generations to come. Should Kenyans stand up to them and declare enough is enough? Tired, Zimbabweans did it. Algerians did it. The Sudanese did it. Egyptians did it. Ivory Coast did it. The Gambians did it. Mr Chagema is a correspondent at The [email protected]