Sun 'n Sand: The prestige of owning land at the coast 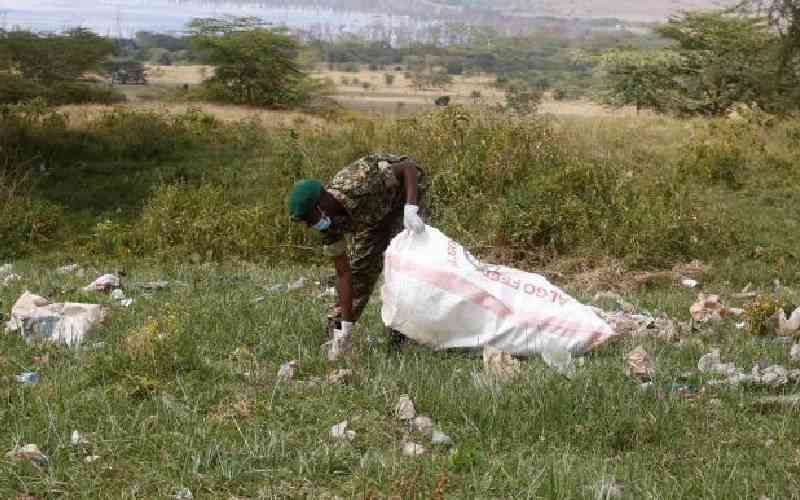 Idina was the doyen of the Happy Valley famous for moral decadence in the rolling 1920s and 1930s and chronicled by Juliet Barnes in “Ghosts of Happy Valley”.

Happy Valley is in Nyandarua, a county endowed with beauty, fertility and great weather; more the reason it was once part of the White Highlands.

Lord Errol had a home there. Well packaged, Nyandarua’s history would earn her more than potatoes. Happy Valley could be like Egypt’s Valley of the Kings.

The county was mostly settled after independence when departing whites sold their land to the government, which in turn sold it to Mau Mau freedom fighters through loans.

Why was Mau Mau Road not extended to some parts of that county, particularly Ndaragwa where some Mau Mau generals are buried?

The legacy of mzungu is old colonial houses and villages that bear their names, though corrupted.

How did Idina end up in Mbaraki Cemetery from Happy Valley, 650 kilometres away?

It is said that doctors advised her to go and live in a warmer place because of her health - and Happy Valley can be cold. I recorded two degrees one morning! Very wintery.

Do not ask me what I was doing in the Happy Valley, I could have been exorcising the ghosts…

Health apart, it was common for mzungus who lived in the White Highlands to have a place along the humid and warm coast.

Those who remained in Kenya after independence and became part of the Kenya mosaic still do. It was probably a status symbol.

After independence Kenyan leaders and the nouveau rich took up the tradition. Jomo Kenyatta, the founding president, loved the coast and died there. The Kenyan elite and pseudo-elites own property along the coast.

Those who cannot afford to own visit the coast to validate their dreams.

They are usually in groups; families, churches, or schools. Conferences are also popular. President Ruto and earlier presidents loved ushering in the New Year at the coast.

Real estate developers have leveraged this status symbol to make money. They target the affluent upcountry, diaspora and foreign nationals who appreciate the sun after living through winters.

They are usually elderly and at home in the tropical sun, you will find them either sunbathing or shopping in the supermarkets. They love the slow pace of life and harmony with nature and people. The respect (ungwana) of coastal people is much appreciated.

The myths and legends about the sea drive this market too. The creatures from the deep sea and abundant fish would attract anyone. Add the beauty of the shore from breaking waves to sand.

It is no wonder the Kenyan coast has attracted hordes of visitors from Arabs, Persians, Portuguese, British and upcountry people.

It is still an open question why the Indians never settled on the east coast like Arabs. Why had they to wait for the railway building? Why did Indians not become seafarers like the Chinese or Dutch despite their long shoreline?

Curiously, chasing after the sun or warmth is taking root away from the coastline. Nakuru’s warm climate, compared with Nyahururu or Kericho, is attracting many settlers and bidding up the price of land.

I know several families that shifted to Nakuru from colder places. That shift started long before Nakuru became a city.

Laikipia, particularly around Nanyuki, is also popular because of the fine weather, more like Nairobi - the transition zone from wide open plains to the highlands.

View of Mt Kenya is secondary, few of the buyers are traditionalists who worship facing Mt Kenya (Kirinyaga). Some suggest we are following mzungus from Karen.

Why has Kisumu not benefited from this ‘movement’? I have not heard anyone boasting of his beach plot in Kisumu, Siaya or Homa Bay.

My visit there has confirmed such assets exist.

What is the missing ingredient? Kisumu and its environs are nearer than Mombasa. It probably lacks the diversity that makes everyone feel at home in Mombasa and its environs. Any other reason?

Naivasha, despite having no beaches, has done very well.

Proximity to affluent Nairobi and history have helped. It has been the epicentre of wealth for the last 100 years.

Flowers have raised the town’s profile, creating diversity. One would have thought that area around The Seven Folks dams would have attracted the affluent like other waters.

Maybe that is for the future, or we prefer natural locations.

Nairobi Dam used to have boats, what happened? What is the next status symbol beyond owning a place along the coast? This symbol has endured for thousands of years and is unlikely to be diluted.

It’s not unique to Kenya. Owning land or property along the coastlines where the majority of the world’s population live is a global status symbol.

In Canada, we have British Columbia while in the US, we have Florida. We can’t forget Dubai and around South Africa’s Table Mountain. The scarcity of coastlines raises the status of the owners of the land or property there.

Have you been to Mombasa City lately? In my most recent visit during the festive season, I got a deep feeling the city is losing its character, becoming too ‘Nairobilised’. Compared with, say, Dar es Salaam, there are very few adverts in our national language.

The feeling that you are at the confluence of cultures, Arabic and African, is fading away. Have the rest noted that? Mombasa raha is not discernible, ama nimezeeka?