Many innocent words gets anglicised and become part of our everyday language. They shift from being company names to verbs. They include Xerox, Google and now M-Pesa. You have heard it, “you can also M-Pesa me.” Just google it, why not xerox (copy) the papers?

We do not need to go back to the origin of Mpesa. But rarely has such a simple innovation revolutionised the economy, the way we interact, think and live and within such a short period of time. What is paradoxical is that other phone companies in other countries were established much earlier than Safaricom but never came up with M-Pesa. Why?

M-Pesa, we have argued is not a technological innovation, it’s a social innovation. The high dependency in Kenya helped M-Pesa grow. The age dependency is the number of people younger than 15 and older than 64 divided by number of working people of ages 15-64. Here are the ratios for selected countries. The high ratio for Uganda means it is too young a country.

High dependency ratio means the few who earn money have to support others – the children, the elderly and the unemployed. Long before M-Pesa came, money transfer was common. It was joked that most of the money transfer took place around bus stations. You hanged around till you got someone who knows your people and going to your village.

M-Pesa made it easier to do what we had always done, supporting each other with money. In developed countries, the dependency ratio is lower, and the social security system stronger. The unemployment rate is low too. The need to send money to help one another is minimal.

Interestingly, if you look at remittances from other countries, the same pattern is repeated. Money transfer firms have made lots of money through these transfers and M-Pesa may one day gnaw on that lucrative market.

But why did M-Pesa not start in Uganda which has a higher dependency ratio? The competitive nature of the Kenyan economy demands you come up with innovations to make money. Our banks were probably too conservative, and needed a disruptor, an Uber.

How has M-Pesa affected us in the last 10 years? What next?

In a press statement, Safaricom notes that the number of active monthly M-Pesa customers in Kenya stands at more than 18 million customers as at the end of 2016 while globally, Vodafone (which co-owns Safaricom) offers M-Pesa in nine other countries: Albania, the Democratic Republic of Congo, Egypt, Ghana, India, Lesotho, Mozambique, Romania and Tanzania.

We note there is no developed country and the counties are too few. The golden age of M-Pesa appears not yet, if competition does stop it.

Safaricom press statement further notes that customers get social value by the ability to receive, send and control their money, much easier than through banks. Nearly 70 per cent of the adult Kenyan population uses M-Pesa compared to 31 per cent using banks, says Lotus Consulting report. Bankers tell me mobile banking uptake has lagged behind M-Pesa.

Value also comes from time and costs saved in using M-Pesa compared to the alternatives, easy access to credit and ability to purchase goods that customers would not have ordinarily been able to afford which raises the standards of living.

The assertion that M-Pesa creates value not just for Safaricom but for the customers should be the pedestal on which every business should be built.

There are negative social impacts. M-Pesa has made us less social, we fail to attend social functions or even visit our parents because we can send money. No money can replace your physical presence.

M-Pesa’s economic impacts are easy to see. It is also possible that M-Pesa has raised dependency. In the past, it took time to send money to other people giving them time to seek alternative solutions. Today, just click and send the money. Conmen have not been left behind.

Often forgotten but critical to economics is that M-Pesa has given choices in making payments and transferring money from electricity bills, school fees payment service, ‘Lipa na M-Pesa, M-Shwari and ‘LINDA JAMII” which is an insurance service. Choice is what makes life easier and more enjoyable. In fact all the money you keep working for is to give you choices on what to buy- relevant or irrelevant.

The economic impact of M-Pesa is mostly seen through its contribution to GDP which is about 1.8 percent, says Lotus Consulting. Other economic contributions include jobs through agents and oiling the economy to increase money velocity. Safaricom had 287,400 agents in the ten countries by 2016.

The impact on GDP is easier to explain. Given that GDP is equal to Money supply x velocity, M-Pesa has increased the velocity and therefore the GDP, though some could contest that. We often don’t keep money in M-Pesa; we use it to keep the economy humming.

By bringing more Kenyans into the formal financial system, M-Pesa has made the financial sector more vibrant and efficient and increased financial deepening.

Money is better off in M-Pesa than under the mattress. Integrating M-Pesa with other financial services like banking completed its journey to formalisation.

Needless to say, it has put Kenya on global innovation map and now threatens plastic money. Why do I need a credit or debit card with M-Pesa? Could the threat to plastic money be the reason developed countries are reluctant to embrace M-Pesa?

The recent visit to Nairobi by Mark Zuckerberg indicates the rest of the world is noticing M-Pesa which left the West bruised on the innovation front.

The scaling up of M-Pesa to the middle and upper class was a major breakthrough. It’s convenient and security was a great attraction. M-Pesa now cuts across races, tribes, gender, social economic classes and slowly countries.

The next M-Pesa frontier is internationalisation. In the next five years, more countries including developed countries are likely to embrace M-Pesa or its variant.

And out of curiosity, why is CBK printing so many bank notes when the future lies in virtue money, like M-Pesa? Why did we even put the design of new currency in the constitution, forbidding portraits of human beings when the future is virtue from M-Pesa to bit coins?

After 10 years, a simple idea has revolutionised the way we transfer money, help each other, pay for transactions and even the way we relate to each other.

Not forgetting driving the betting industry in Kenya. Even the concept of money has changed. What will come after M-Pesa? If you get an answer please share it with me. —The writer is senior lecturer, University of Nairobi. [email protected]

I have said it before, and will do so here again — no nation, or people, have ever become great without a great elite. Countries are only as great as their elites. 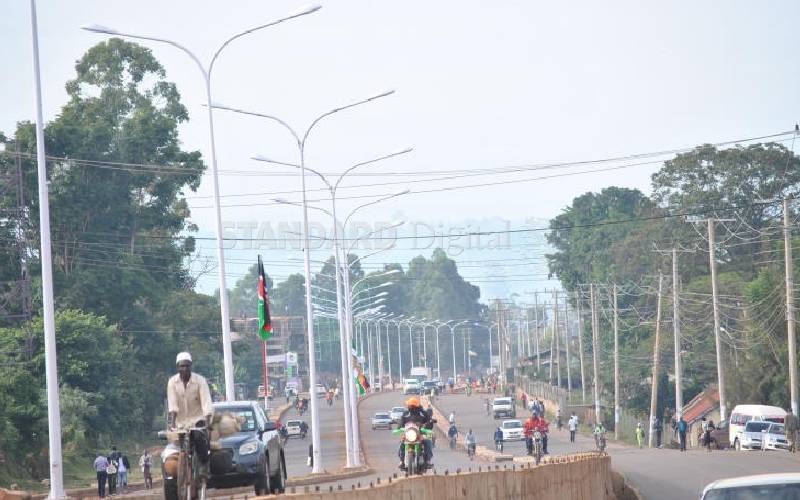 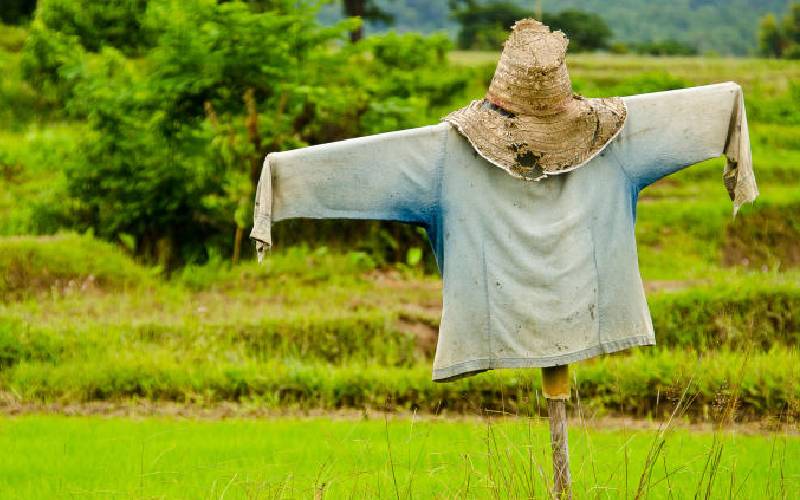 Our current obsession with the scarecrow is frightening
;
Feedback