By Winfrey Owino and Agencies | 4w ago 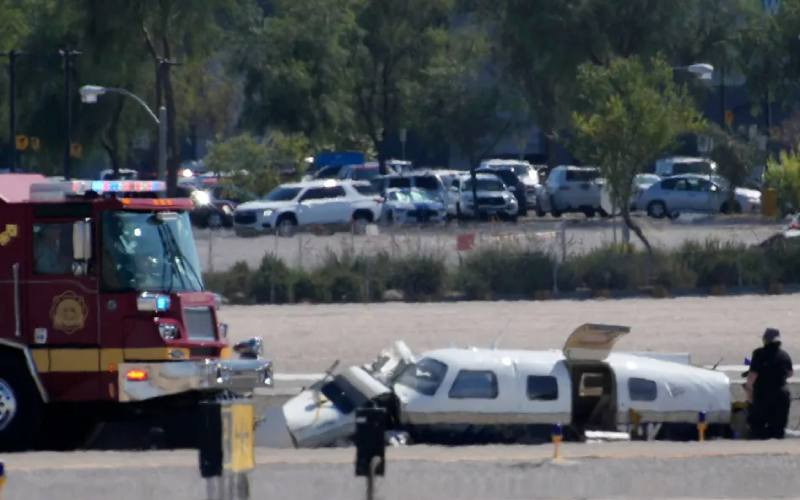 The two aircrafts crashed in the Arizona desert, north of the city, killing all four people aboard, authorities said.

According to Phoenix Fire Department, no one on the ground was injured in the accident, which occurred at about 10:30 a.m. local time, some 15 miles west of Deer Valley Airport.

Nunez also said one of the planes burst into flames.

Phoenix police identified the aircraft as a Piper Archer III from the TransPac Aviation Academy, and a Cessna from the Westwind School of Aeronautics, both located in the metro Phoenix area.

Police said the identities of the two men aboard the Piper have been withheld pending notification of their families.

The two occupants of the Cessna have yet to be identified.

A pilot who witnessed the collision reported the accident to authorities, said Ian Gregor, a Federal Aviation Administration spokesman.

An investigation by the National Transportation Safety Board and the FAA is underway, he said.

By Agency 2 days ago
Bangladesh refuses to become China's lackey despite being part of Belt, Road initiative