By Michael Chepkwony and agencies | 1yr ago

After 48 years of missing out of the literary writing scene, Wole Soyinka is back with a new novel expected to be released in Nigeria in the course of this month.

The novel Chronicles from the Land of the Happiest People on Earth will be the third novel by the globally acclaimed fiction writer after his two novels The Interpreters (1965) and Season of Anomy (1973).

Soyinka’s Nigerian publisher Bookcraft said the copy will be available in Nigeria before the close of the year. Bloomsbury Publishing Company also confirmed that the much-awaited novel will be releasing the book in September 28 next year.

In a statement by Nigerian publisher, the novel is a literary masterpiece presenting issues including corruption, power, greed, betrayal and friendship, murder, hope and cynicism among other concerns.

“As you would expect from a Soyinka work, it’s got plenty of colourful characters, profound insights, witty commentary, and the most elegant language,” Bookcraft said in a statement.

The story of the new novel revolves around an ambitious character, Duyole Pitan-Paye, an engineer on the verge of assuming a United Nations position in New York. However, there are forces seeking to stop him from making such progress. Upon investigation by his close friend Dr Menka, they discover complicated trail of betrayal shrouded in mystery.

The novel by the 86-year-old undisputed voice in African literature and the first Nobel Laureate from the continent, is expected to be a thrilling one, going by the publicity it has received since the announcement was made recently.

“From a master storyteller comes a brutally clear-sighted look at the nature of greed, power and the soul of a nation,” media release by Bloomsbury Publishing stated. 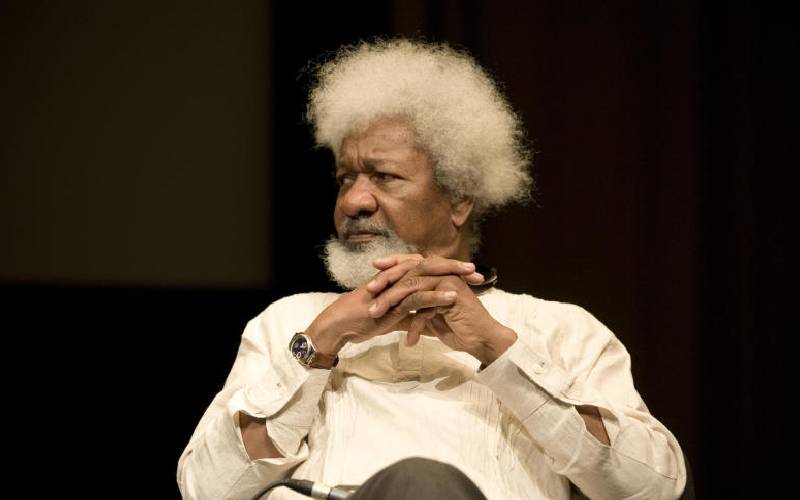 According to publishing firm, the novel has deep political engagement and interrogates universal truths on machinations of power making it a brilliant novel that will attract a wide readership. It also depicts the human resilience through a narrative rich with vigour, wit, originality.

Soyinka who is also a poet and playwright known for using elevated language was the first African Nobel laureate after bagging the prize in 1986 where he was awarded for being “one of the finest poetical playwrights that have written in English.”

The political activist said the lock-down due to coronavirus inspired his new writing and revived his theatrical work, with plans to direct a performance of his play Death and King’s Horseman in Lagos this month.

“You just find yourself literally rolling from your desk to your bed to the dining table, back to the desk for five months of continuous writing. At the end of that exercise, when you finish that book, you will want to stretch your mind in a different direction,” Soyinka is quoted saying.

Many of the Nigerian writer’s works have been inspired with his real life experiences. Being a strong critic of Nigerian regimes, the author was has been jailed twice. When he was released after the 1960s’ detention, he went into exile where he published the novel Season of Anomy (1973). The novel captures his experience in prison through a Yoruba mythology. The previous year, he published The Man Died: Prison Notes. He also wrote Idanre and Other Poems (1967), A Shuttle in the Crypt (1972) and the poem Ogun Abibiman (1976).  He also published Mandela’s Earth and Other Poems (1988).

The writer has been controversial and among his popular moments was when he destroyed his Green Card when Donald Trump became the US president in 2016. He had created strong ties with the US after spending several years in the country after fleeing for refuge. Nigerian government under military dictator Sani Abacha sentenced him to death in absentia in 1994. He returned to Nigeria in 1998 when President Abacha dies.