How Blair 'plotted to topple Mugabe by invading Zimbabwe'

Tony Blair planned to invade Zimbabwe with South African support and oust Robert Mugabe after the country descended into chaos, it was claimed yesterday.

But Mr Mbeki favoured a negotiated settlement and, despite pressure from Britain to join military action to depose Mr Mugabe and his Zanu-PF party, he refused.

During his presidency from 1999 until 2008 he said South Africa and Britain were in stark disagreement over how to handle Mugabe. He added: ‘The problem was, we were speaking from different positions.

‘There were other people saying, “There are political problems, economic problems – the best way to solve them is regime change. Mugabe must go”. This was the difference.

‘But we said, “Mugabe is part of the solution to this problem”.’

The South African government helped to broker a power-sharing agreement between Zanu-PF and the opposition Movement for Democratic Change (MDC) in 2008. It later collapsed.

Lord Guthrie, who was Chief of the Defence Staff during Mr Blair’s first term, disclosed in 2007 that ‘people were always trying to get me to look at’ toppling Mr Mugabe by force.

However he did not say these requests had come from the Prime Minister himself, and suggested he did not consider it a serious proposition.

But Mr Mbeki cited Lord Guthrie’s comments to the Al Jazeera TV channel yesterday to corroborate his claim against Mr Blair. He added: ‘A retired chief of the British armed forces said he had to withstand pressure from Tony Blair, who was saying, “You must work out a military plan so we can physically remove Robert Mugabe”.

‘We knew that, because we had come under the same pressure, and that we need to cooperate in some scheme – it was a regime change scheme – even to the point of using military force, and we said “No”.’

He claimed the idea was rejected because Britain had no right to decide who leads African countries, adding: ‘You are coming from London, you don’t like Robert Mugabe for whatever reason and we are going to remove him and we are going to put someone else in his place?

‘Why does it become British responsibility to decide who leads the people of Zimbabwe? So we said, “No, let Zimbabweans sit down, let them talk”.’

Violent land reforms in 2000 and 2001 saw some 4,000 white Zimbabweans forced from their farms, while hyperinflation took the economy to the brink of collapse.

While Mr Blair condemned the regime and backed tougher sanctions, Mr Mugabe accused Britain of plotting to overthrow him and ‘recolonise’ Zimbabwe.

A spokesman for Mr Blair said: ‘Tony Blair has long believed Zimbabwe would be much better off without Robert Mugabe and always argued for a tougher stance against him, but he never asked anyone to plan or take part in any military intervention.’

A new dawn for Zimbabwe as Robert Mugabe resigns from presidency

Two people have been killed near Turkwel along the volatile Turkana/Pokot border as insecurity in the area escalates. 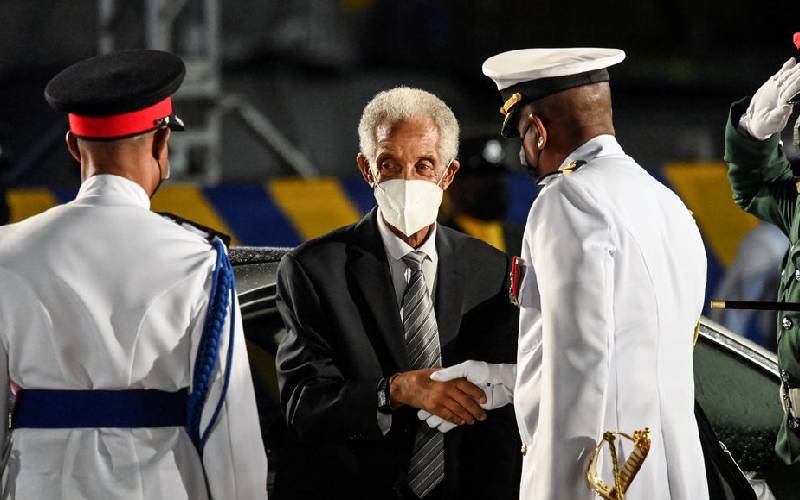