Locals have fled their homes on the border of Mumias East and Navakholo constituencies for fear of retaliatory attacks following a recent killing.

Trouble in Buhuru village started on Thursday when officers from Shianda Police Station, with the help of villagers, exhumed a teenage girl's body.

A man from the village is suspected to have killed the girl who went missing last year, and buried her in a two-feet-deep grave beside his house before planting vegetables on the site.

The shocking news led the villagers to flee for fear of revenge attacks by people from the girl's village in the neighboring Navakholo Constituency.

The suspect, in his mid-twenties, was arrested and after grilling, directed police officers at the shallow grave.

The girl's uncle, Alex Wanjala, said he received the heartbreaking news from police and was required to accompany them for the exhumation.

Wanjala called upon the government agencies to ensure justice prevails.

Mumias West OCPD Steven Muoni said the suspect was abusing drugs, and would be charged next week.

“It is unfortunate that young people are engaging in crime... We urge our youth to shun drugs that lead them to commit such horrific crimes,” said Muoni.

The world has changed, with couples choosing come-we-stay arrangements before marriage that often do not lead to marriage.

You're being hypocritical on SGR pledge, Raila tells Ruto

Without mentioning names, Odinga on Saturday, May 14, claimed he knows who played a significant role in slowing down the coast region’s economy.

By Bernard Lusigi | 1 day ago

By Omelo Juliet | 6 days ago

Boost for Speaker Kenneth Lusaka after backing by Iteso group 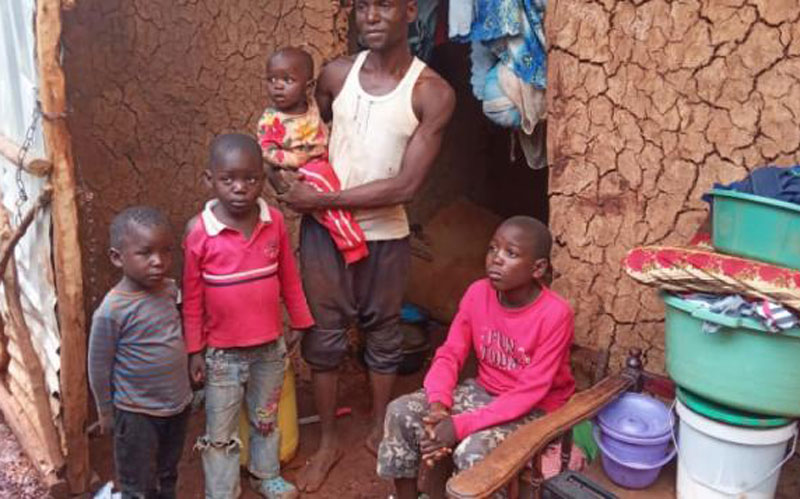 By Mumo Munuve | 6 days ago