A school in Trans Nzoia is on the spot for declining to take back a student admitted to the hospital for one week over an illness.

The girl was admitted to the Moi Teaching and Referral Hospital (MTRH) in Eldoret.

Upon return to the school, the management claimed that she had mental health challenges and could not be allowed to rejoin the school, sparking an uproar.

Unbowed: Family dogged with blindness says NO to begging

Her fees is paid by a philanthropic organisation called Remember the Poor.

Remember the Poor had read about the girl’s plight on social media and offered to sponsor her through secondary school after she resorted to herding goats since her parents could not raise school fees.

School Principal Violeta Lokorito said the decision was made by the school's board of management whose decision she could not reverse.

Ms Lokorito said the student would have suffered stigma and segregation by other students if she was allowed back.

“I presented the report from the doctor to the school board of management, and the board resolved that it was not wise to continue having the student in school due to her condition,” she said.

Her guardian, Benson Mukhwami, who also represents the girl’s sponsors, said he was shocked to be informed by the school management that the student had 'mental problems', yet doctors at the facility had given her a clean bill of health.

According to the report from MTRH, the student was suffering from a 'brief psychotic episode.' It indicates that the girl had “confusion, hearing strange voices and seeing strange things” when she was admitted to the facility.

The report further says that the girl was treated and discharged.

The disappointed well-wisher called for intervention from authorities, saying he had paid the school fees for the whole year and that his money had gone to waste.

“Together with the parent, we sought a further explanation from the Trans Nzoia County director of education on the decision to turn away the child. The education director promised to help the child secure a place in a school in Nandi, a suggestion that the parent did not agree with,” the well-wisher said, adding that her village in Turkana East is a battlefield for bandits.

The sponsor said they have been making frequent visits to the school, trips that have not borne any fruits.

Mr Mukhwami said he read mischief in the school’s decision, noting that the student had no history of mental illness, and the recent turn of events may have been occasioned by the girl’s fears that she would miss out on Form One.

“I feel that she is being discriminated against based on a health problem that can be cured through guidance and counselling. I urge relevant government agencies to help,” the guardian said. "The girl was happy after the well-wisher responded to her cry. She was even happier after reporting to the school of her choice."

Turkana County Director of Education Salome Maina declined to comment on the matter.

"It is unbelievable that the school threw the girl who travelled a long distance in search of education out. I have ordered further investigations into the matter. The school management will face the law should it be found that they contravened the law," Ojwang said.

Governor challenged for being accompanied by men only, all from the same tribe. He asked committee to tell him what ‘dominance’ is. 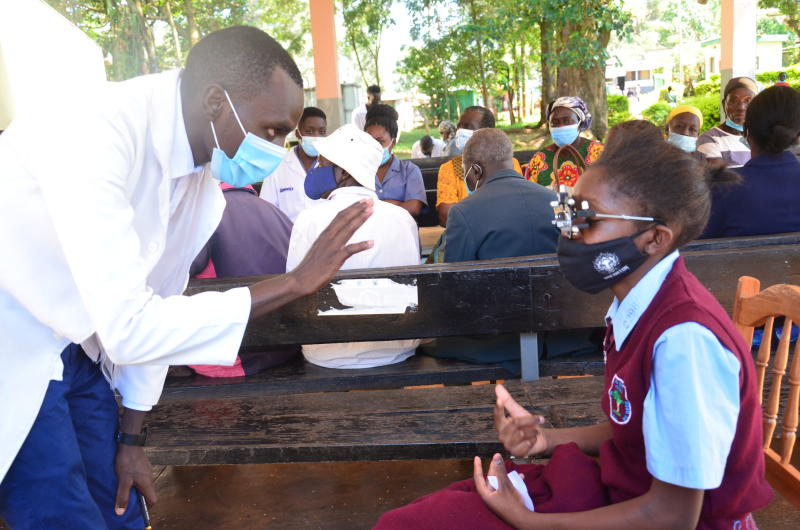