Kakamega Senator Cleophas Malala was released on Tuesday morning with the Director of Public Prosecutions saying there was no case for him to answer.

The senator was released at around 9am, after spending the night at the police station where he protested the filthy state of the holding cells that had not been sanitised.

His lawyer Nelson Havi - who is the president of the Law Society of Kenya- termed Malala’s arrest as malicious since there were no charges preferred against him.

“There is malice in the actions against Senator Malala and the two other senators (Steve Lelegwe (Samburu) and Bomet’s Christopher Langat). It is a politically motivated arrest,” Havi told journalists outside Mumias Police Station.

The three senator were arrested at their homes and taken to their respective counties to answer to charges.

Malala was picked at his Kitengela home and brought to Mumias town for allegedly contravening Covid-19 regulations.

According to a charge sheet circulating on social media, Malala was set to face charges of engaging in prohibited gathering contrary to rule 7 (1) as read with rule 11 of public health (Covid-19 restriction of movement of persons and related measures) rule 2020.

But according to Havi, the DPP directed that Malala be released as there was no valid charge against the senator.

Upon his release, Malala said the arrest was only meant to deter and derail him from the focal attention which is the conversation around third generation basis for revenue sharing formula that has generated the heat in the senate.

“I’ll not be part of the leadership that takes decision to take away money from the less fortunate countries like Turkana, Marsabit and Tana River and take them to Mt. Kenya. I will not accept that,” he said, adding no intimidation will change his position on the matter. 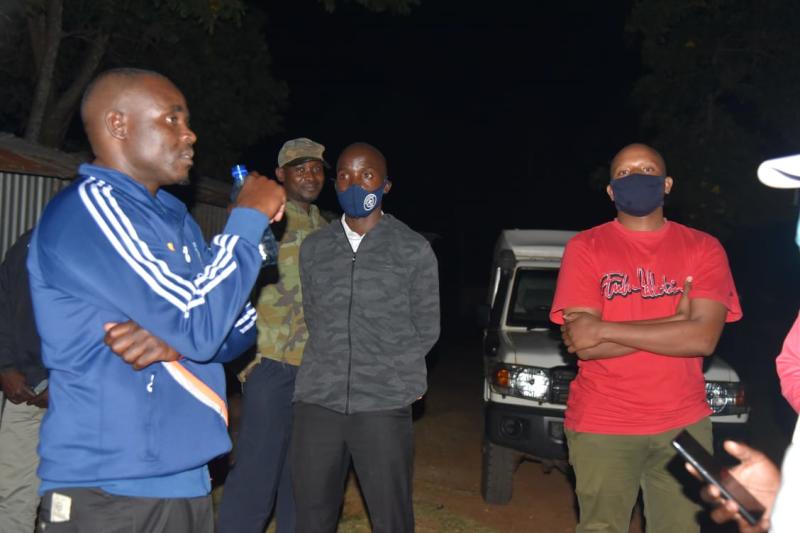 Senator Malala was among two other senators who were yesterday picked up by police in a day characterised by drama, as their colleagues met for the ninth time to attempt to unlock a deadlock on a revenue-sharing formula.

Several leaders criticized the arrests and demanded for the release of the three senators.

“The arrest of senators to prevent them from attending to their duty in Parliament to vote for or against Motions on county revenue sharing is very unfortunate. It’s a throwback to dark days we thought are behind us,” he said.

Elgeyo Marakwet Senator Kipchumba Murkomen said senators were being targeted for their opposition to a formula proposed by the Commission on Revenue Allocation (CRA) on how counties will share billions of shillings in revenue.

He vowed that they would not allow Senate proceedings to continue if their colleagues were arrested.

“The Senate will not proceed this morning unless they produce Senator Malala and Senator Langat. This is no longer about money; it’s about our lives!” he said.

The matter was brought before the Senate floor, forcing Speaker Ken Lusaka to adjourn the session to 2.30pm, as the Security Committee sought to establish the whereabouts of the three colleagues. And on Tuesday morning, protests rocked Mumias town with Malala’s supporters demanding for his release.

All roads leading to Mumias Law Courts were barricaded by youth demanding the release of the Kakamega Senator.

Now more than ever, we have to be exploring alternative revenue sources to keep our economy afloat