Raila unhappy with courts for stopping lease of sugar firms 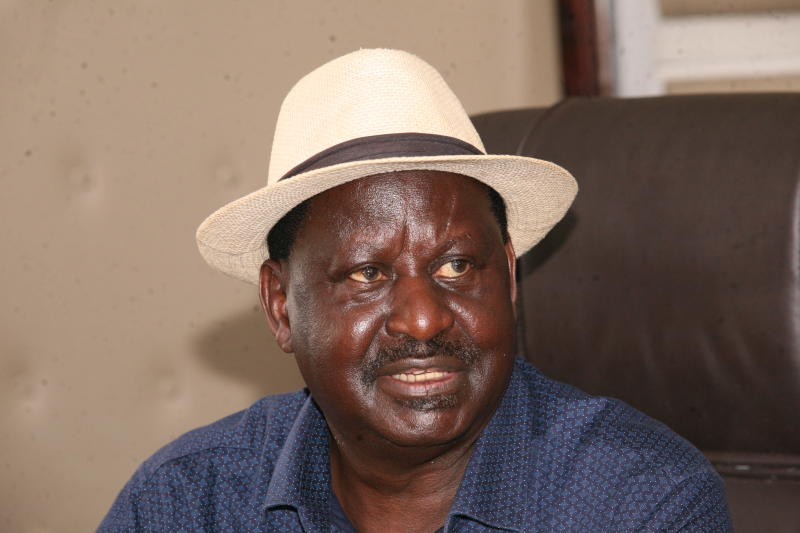 Last month the government, through Agriculture and Food Authority, advertised for the privatisation of five public sugar millers for 20 years.

This followed a petition filed by the Kenya Union of Sugar Plantation and Allied Workers (Kuspaw), which claimed that it had been sidelined in the leasing plans.

Justice Nderi suspended the leasing process until issues raised by the workers' union were addressed.

The court also stopped the State from conducting any further business in relation to leasing of the five factories, effectively stopping the work of a committee formed by the Agriculture ministry to oversee the leasing process.

The judge set an inter partes hearing of the case for September 30.

Raila described the court ruling as a threat to development, coming at a time the government was working to stabilise the economy.

“I am surprised that the court went ahead to issue an injunction without inviting the government to hear their side. This does not augur well for development,” said Raila.

While stressing that he respected the independence of the Judiciary, Raila said the court ought to have considered public interest in making its decision.

“The process is at a very critical stage, and setting the hearing on September 30 appears to be a scheme to frustrate the process. The government was available, and the court should have invited it to listen to their side (of the story),” he said.

With a number of investors having expressed interest to take over the millers, Raila expressed concern that they might decide to pull out.

“I want to plead with the people who took the issue of leasing of sugar millers to court to withdraw the case, and let the process go on, as the other issues can be discussed later. The salaries and debts they are demanding cannot come if the factories remain in the current state,” he said.

Raila spoke in Kisumu during his first visit to the Nyanza region since February 16, after disruptions caused by the Covid-19 pandemic and after seeking treatment abroad.

In an affidavit filed before the Labour Court, Kuspaw Secretary General Francis Wangara claims that although leasing the five sugar firms was a good idea, the workers were not certain that it would address their plight.

The union claimed factories listed for leasing owed workers billions of shillings in salary arrears running into months, which they want the Agriculture ministry to address first.

While the government had promised to waive Sh62 billion debts that are choking the industry, Kuspaw insists that sugar factories workers’ plights were not clearly addressed in the leasing plan.

“Of interest to Kuspaw is that leasing the firms would mean workers losing their jobs and given that they are also not assured of how they will be paid their pending salaries, this ought to be clear,” the workers argued.

The union argued that the planned leasing was popular policy tool for debt-burdened governments out to raise large amounts of revenue quickly. It also wants to be included in the leasing committee to address workers' plight. The union says it will not accept workers to be rendered redundant in the wake of the revitalisation of the factories.

According to the union, sugar firm workers were not involved in the tendering process and in selection of the team to spearhead the leasing process.

The union petitioned to stop the exercise even after the State had identified strategic investors after opening the bids on August 4 deadline.

Among those who have expressed interest to take over the management of the factories are two firms associated with Mr Jaswant Rai, of West Kenya Sugar Company and Sukari Industries.

By John Shilitsa and Micah Sali | 5 days ago

By Willy Lusige | 6 days ago