Bungoma man dies after 'being shot by a police officer' 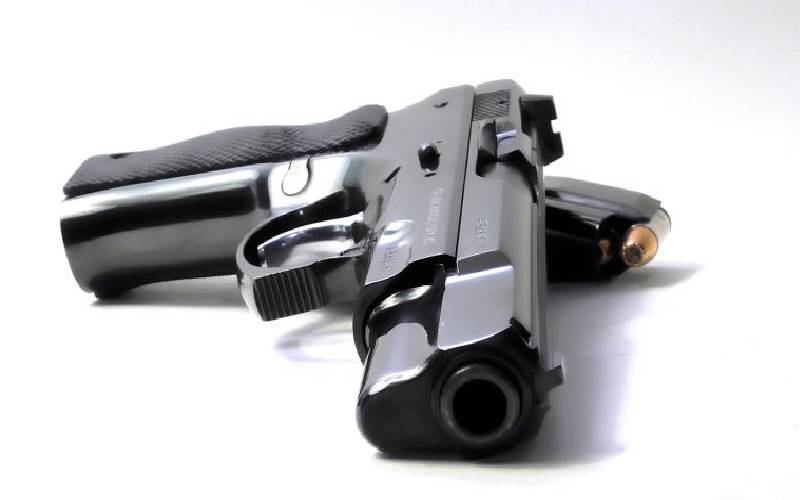 Police in Bungoma are investigating an incident where a police officer allegedly shot and killed a middle-aged man. Dan Fungututi is said to have been shot in his house in Miyanga village, Bumula sub-county. Bumula Sub-County police commander Steven Obara confirmed the incident, saying his death might have resulted from family wrangles.

SEE ALSO: Forget coronavirus, ‘boys will have to be cut’

Obara noted that the wife had rushed to the police post to report the matter after her husband threatened to beat her up or kill her. “The report indicates the victim rushed to the police station naked, forcing three officers to accompany her to her house to pick her clothes. "On reaching her home, the husband refused to open the door, leading to a confrontation," Obara said. The subcounty police boss said when the officers arrived at his home the deceased attacked an officer with a spear. The other officer, while trying to defend himself, is said to have shot the man, who died on the spot, Obara added.

SEE ALSO: Honourable Senators have no praise for Shujaa Weta

The police commander asked the residents to be calm as they await investigation.

He also urged the residents to volunteer information that may be useful to the police. Neighbour Bernard Wafula said the deceased had been having domestic wrangles with his wife. “I don’t understand why she sought help from the police when we have a village elder who could solved the matter in a better way,” he said.

Another neighbor also condemned the killing, saying it was unjust and the police should speed up the investigations. The body was taken to Bungoma County Referral Hospital mortuary. The wife of the deceased is in custody.