Do not impeach me, governor begs ward reps 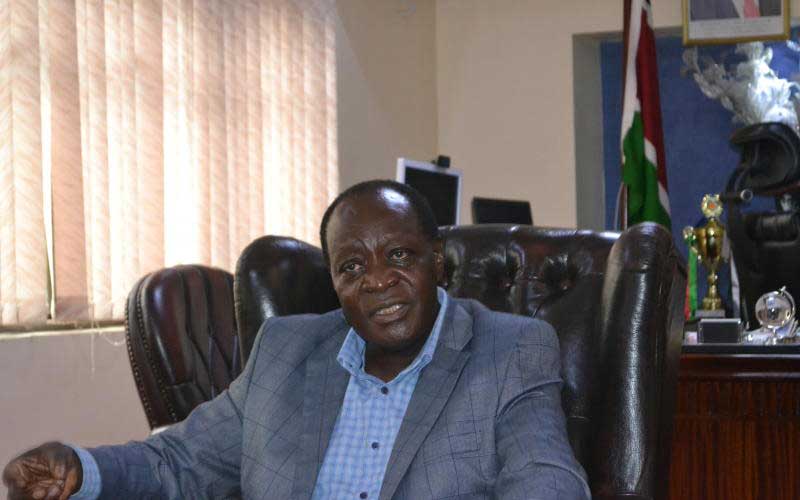 Vihiga Governor Wilber Ottichilo (pictured) has pleaded with MCAs to abandon their plans to impeach him and embrace dialogue to solve county issues.

MCAs have so far collected 23 signatures as they prepare to table a motion in the assembly anytime next week to initiate an impeachment process against the governor. Addressing journalists yesterday in Mbale, Dr Ottichilo said the relationship between the Executive and the County Assembly has always been cordial.

“I have written to the Speaker to request for a meeting with MCAs at the assembly chambers to prosecute this matter in a sober and rational manner, because the current discussion in the public is tarnishing the name and leadership of the county,” Ottichilo said.

He said MCAs and members of the public were drawing conclusions based on unverified documents circulating in the media, saying he was confident the current stalemate would be resolved amicably.

My old-fashioned watermill has served me for 90 years, says miller

The MCAs accuse the governor of imprudent use of public funds, irregular hiring and massive sacking of staff, gross violation of the Constitution, irregular procurement, abuse of office, gross misconduct and failure to implement the approved budget.

They say the assembly approved a Sh450 million supplementary budget to pay pending bills but Ottichilo’s administration has failed to implement it. Other grounds include failure to hold county executive committee meetings, disobedience of court orders and a growing wage bill.

Amira Sailors will usher debutants Oranje Leonas into the big girls’ club tomorrow when they face off in the...

By Mumo Munuve | 1 hour ago