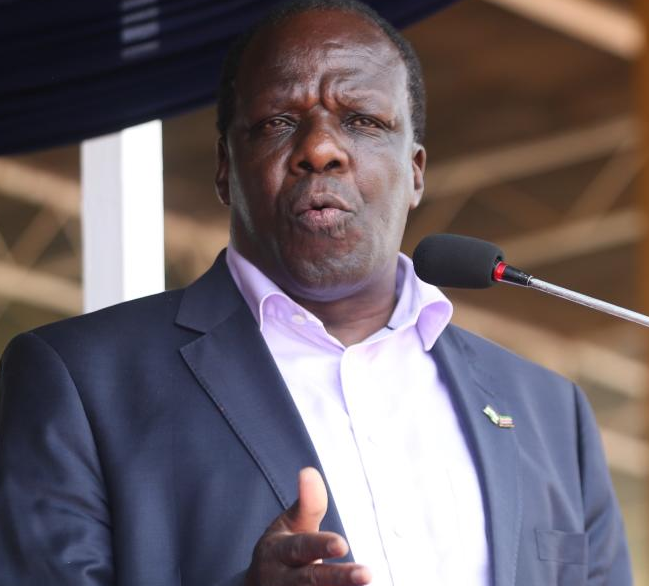 Governor Wycliffe Oparanya (pictured) is out to defend himself in a case in which he is accused of grabbing two acres of land in Kakamega County.

The governor, who took the witness stand, told the High Court that Richard Momanyi Kondo wants to grab the land set aside for a dispensary aimed at serving residents of the area.

He dismissed claims that he influenced the former District Land Registrar to write a report that favours him.

In the matter, Mr Kondo has sued the governor saying he trespassed and eventually encroached his land, number Marama/Lunza/1826, on which he had erected structures.

Kondo says he bought the 0.81 hectares from one James Odera. The governor took over the land in June 2013.

He contends that Mr Oparanya further drilled a borehole, erected some buildings and toilets as well as an illegal road and took possession of the property forcibly.

He produced a certificate of official search and a green-card indicating he is owner of the land.

Kondo, in his statement, said that he went to the governor’s office with the complaint but Oparanya brushed him off, telling him “there’s nothing you can do to me”.

Lady Justice Matheka slated the matter for mention on December 19, 2019.

By Omelo Juliet | 10 hours ago

By Obare Osinde and Martin Ndiema | 17 hours ago