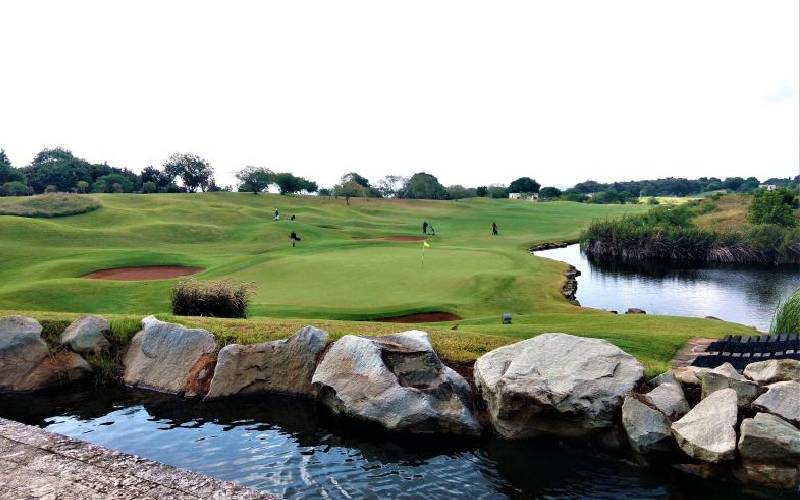 This week, it is all about golf and there is no better way than to walk down memory lane and trace the origins of golfing in Kenya.

What do you remember about the year 1906? Nothing, probably. In any case, few, if any Kenyans who were alive by then and are still here can barely remember any special events of that year.

Here are a few. A great earthquake and a fire killed over 4,000 people in San Francisco and destroyed 75 per cent of the city.

The Wright Brothers (remember that flying contraption) were granted a patent for their flying machine, paving the way for the future development of aviation. During the same year, Henry Ford became president of the Ford Motor Company.

And in 1906, Nairobi Golf Club, Kenya’s first golf course, opened — well before anyone thought about what the name of this country was going to be!

It was named after British King George V and was bestowed the Royal Charter in July 1936. Back then, Nairobi had no piped water and the grounds at the club were more brown than green.

Apart from Nairobi Golf Club (now Royal Nairobi Club), Muthaiga and Karen are among the oldest clubs in Kenya, with Muthaiga having been in existence since the early 1920s.

The first nine holes in Karen were completed in 1923. The latter two clubs have hosted the largest number of international games throughout the years and are synonymous with the game in Kenya.

This week, over 150 golfers have been sweating it out at Muthaiga Golf Club during the Magical Kenya Open golf championship. The course hosted the first Kenya Open championship in 1967. And as you read this, the $2 million prize money is just about to be grabbed by the top cream at Muthaiga.

In their sombreros, khaki shorts and sunglasses, even those who have a little inkling about the tough golf terminologies have become “golf experts” since Thursday.

They have been talking about “Albatross”, “Birdies”, and “eagles”, words that have nothing to do with avian creatures, but a golfer’s prowess on the course.

A “dog-leg” sends chills down the spines of the players, not because they fear the four-legged animal and man’s best friend, but makes them wonder how to make a ball make a curve in the air and land as close to the hole as possible, or should we say to the “green”?

The rules of the game that have their origins in the Royal & Ancient Golf Club of St. Andrews are a bit more complicated. If you ever feel like driving the ball across the fairway, just remember this key rule: play the ball as it lies!

As the game became popular, especially in the United Kingdom, it courted some controversies too. For example, the game was outlawed by King James II in the 1400s because it “detracted from military training.” In the following years, the church in England punished those it termed as sinners for daring to play the game on a Sunday when all should have been making peace with their creator.

While I have some working knowledge of a number of games, I have never claimed to be a golfer despite having a bag full of assorted metals and some “woods”. The last time I played the game, most of my balls were landing on the “rough”, or the bushy patch that borders the fairway (am sure you know what the fairway is by now). Like other armchair golfers, I too have become a sideline commentator and give you a few reasons as to why I love the game.

For a start, golf is perhaps the only sport where you win by scoring as many negative points as possible. But even with that, I rarely win the game. Second, this is the only game that you can play all by yourself and, again, lose all by yourself! Ever wondered why it is termed as the gentleman’s game? Because you can be the player and referee all rolled into one. That is not a bad thing for a person’s inflated ego.

And lastly, while most games such as football and rugby rely on chatterboxes for inspiration, golf is the very opposite. It is perhaps the only game where silence is golden. By the way, keeping your mouth shut during the game is a rule that if broken, can get you expelled from the course.

For the ladies, then, do not misunderstand your man if he communicates little this week. It is likely he has been conditioned into this mode by the game in Muthaiga.

While most of us associate the game with the two famous clubs in Kenya, golf is played in the wide-open plains of the Rift Valley, below the snows of Mount Kenya and beside the sandy beaches of Kenya’s coast.

And for those who feel the costs associated with playing the game are prohibitive, you can “pay and play” at the Golf Park at Racecourse, Nairobi. Here, you have the liberty to hit the balls with abandon or get one of the experienced caddies to tag along with you.

Like the just concluded East African Safari Classic Rally, this year’s Kenya Open tournament is a premier sport that has drawn Kenyans to Muthaiga, the home of golf, like moths to the fire.

Millions more will watch the finals on television. As for the rest of the supporting cast at Muthaiga, we hope that regardless of what happens in the field, you will get back your sanity at the 19th hole.

Premium Court: Mithika Linturi was in a Catholic union, could not marry Kitany
National
By Kamau Muthoni
7 mins ago
Families mourn death of officers killed by bandits
Central
By Timothy Kariuki
18 mins ago
Inflation hits record 10 in 19 EU countries using euro
Business
By AP
24 mins ago
'Plate of omena' is now a luxury meal for residents
Nyanza
By Isaiah Gwengi
29 mins ago
.

By Kamau Muthoni 7 mins ago
Premium Court: Mithika Linturi was in a Catholic union, could not marry Kitany