By Lynn Kolongei | 3mos ago 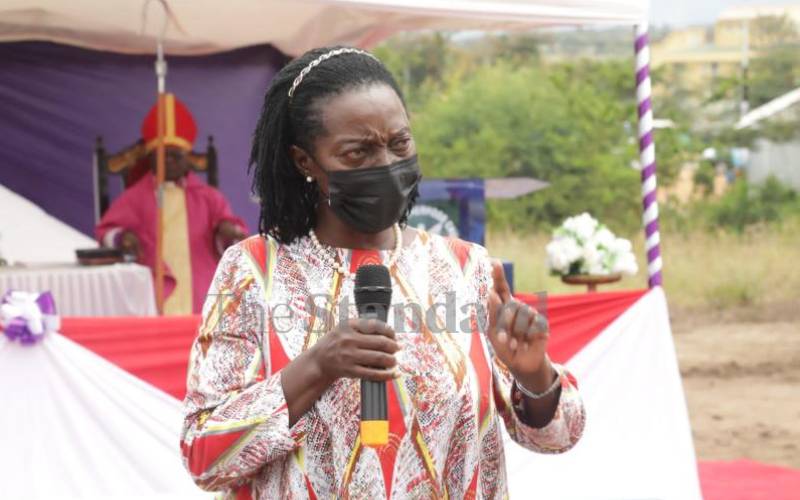 The Narc Kenya leader, while addressing a rally at Huruma in Eldoret, said she will not fight her boss as has been the case with President Uhuru Kenyatta and DP William Ruto.

Ms Karua said she will respect her boss and will not shy off from correcting him. “Everyone should understand his job. When you are a deputy, you remain so and should not try to outshine your master.”

She added, “We cannot have two chairpersons presiding over the same meeting, nor can we have two governors in the same county or two presidents leading a nation at a go. A deputy should be disciplined.”

Ms Karua said disrespecting the head of state sets a bad example for the whole country and undermines those in power. “I do not mean you should not correct your boss, but do so wisely and with enough reason,” she said.

Ms Karua warned Uasin Gishu residents against engaging in violence, as was witnessed in the 2007/08 post-election chaos. She urged the residents to avoid divisive politics and negative ethnicity.

“Rift Valley got a bad reputation in the past but today I have seen a different Rift Valley because we have gathered here as people from various communities and have chosen peace and respect,” the Narc Kenya leader said.

Her sentiments were reiterated by nominated MP Maina Kamanda who told the residents to co-exist. “Do not listen to those claiming this is someone’s stronghold. If you are living here (Uasin Gishu), vote here because this is your home, no matter the community you come from,” Mr Kamanda said.

Ms Karua used the opportunity to sell Azimio’s agenda which includes free education, uplifting the economy, fighting corruption and healthcare insurance for all Kenyans under the Baba-care Fund. She said the Azimio government will ensure farmers get affordable input in efforts to revamp the Agriculture sector. “We are committed to fighting corruption and we will channel public money into rightful use.”

The Azimio brigade criticised Kenya Kwanza’s move to appoint Mathira MP Rigathi Gachagua as its running mate. “DP Ruto was blinded to choose Mr Gachagua as his deputy when he had other options. That gives us an upper hand in clinching the top seat,” Mukhisa Kituyi said.

Former cabinet minister Sally Kosgei, an ardent supporter of the Azimio la Umoja coalition, on the other hand, hailed the move to pick Ms Karua as running mate. She described her as a competent politician with a firm stand.

“We are not leaving anything to chance, especially now that we have Mr Odinga and Ms Karua as our preferred candidates,” Ms Kosgei said. Elgeyo Marakwet Governor Alex Tolgos, who is also eyeing the county’s senatorial seat urged residents to maintain peace. 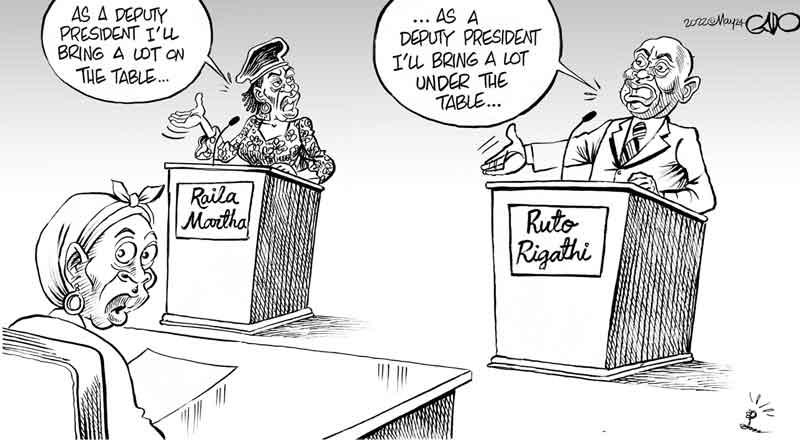 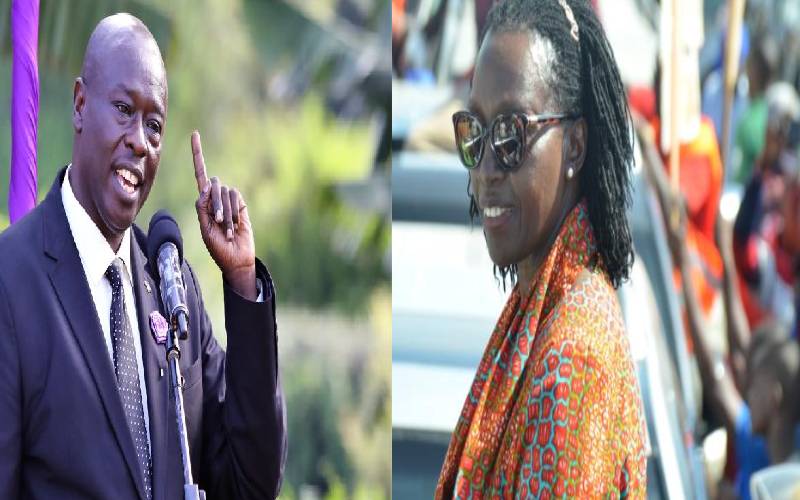 Premium What running mate choices tell us about Azimio and Kenya Kwanza
The coalitions differ on whether this will be a turnout or a persuasion election. By doubling down on a fellow populist billionaire, Ruto placed a bet on a high Hustler Nation turnout.
Opinion
By Ken Opalo
4 months ago 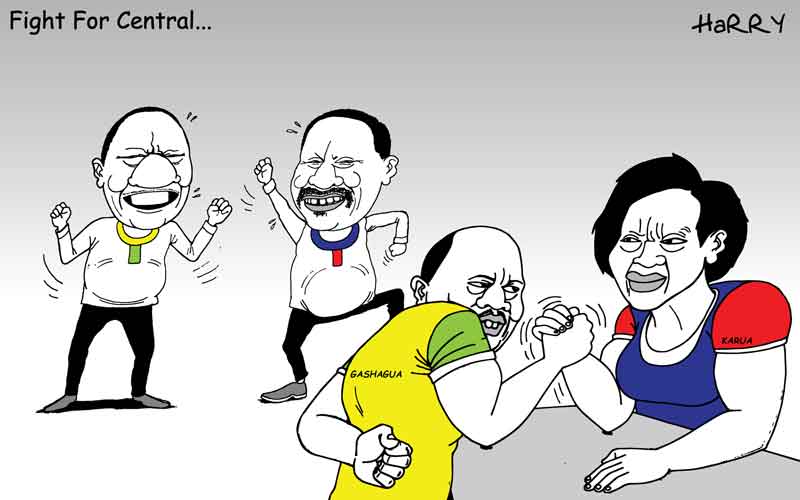 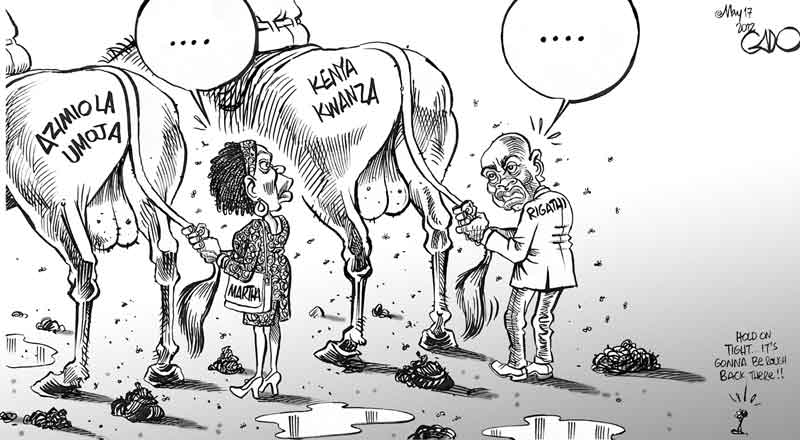