Limuru meeting was not Gema meeting despite Gema presence

A meeting of the Gema communities from central Kenya was held at Jumuia Conference Centre Limuru on Friday March 23.

The meeting was dubbed Limuru II.

I wish to state that the Limuru I that I convened was not a Gema meeting even if Gema members were present.

The Limuru I agenda was not tribal.

We discussed our strategy to educate the central Kenya people to vote ‘Yes’ during the referendum held on August 4, 2010, on the new Constitution.

The sisters who died alongside their parents in Limuru crash

The so-called Limuru II had a clear tribal agenda and its resolutions should not be taken as acceptable to all central Kenya people.

A number of leaders from Meru have said Meru people were not consulted.

The name ‘Gema’ (Gikuyu, Embu and Meru) does not include the Mbeere people who are also from central Kenya.

I personally do not accept the resolutions passed at Limuru that the Kenyan cases at The Hague be postponed until the General Election.

It would be much better if the ‘Gema’ candidate is tried and if found innocent then he can be on the ballot paper for presidency.

I cannot also accept the decision of a section of central Kenya people deciding who should be the flag bearer of our community.

This is imposing a leader on us without our consent.

Gema should not insist that the next president should come from central Kenya.

We should elect a person who is capable, God fearing, trustworthy and incorruptible (Exodus 18:21).

Hence we should welcome and give opportunity to all those who are vying for presidency to come to our region and tell us the vision they have for this country.

After hearing their vision then we can vote for the one who is capable, God fearing, trustworthy and incorruptible.

The resolution to gather two million signatures from central Kenya to impress ICC does not make sense to me.

Those against Gema resolutions can also organise themselves and collect five million signatures.

The central Kenya people who have had the privilege of having two presidents should not conclude that presidents can only come from their region.

That would be perpetuation of tribalism. However if a central Kenya candidate is found to be the best by all Kenyan voters, there could be nothing wrong in the third president from the region.

Was there any merit in reshuffle?

The recent Cabinet reshuffle has left many Kenyans asking what criteria President Kibaki and Prime Minister Raila Odinga used to decide who was to occupy which slot. Exactly what reasons are given for dropping former Tourism Minister Najib Balala from Cabinet? It is open for all to see how Mr Balala helped steer the ailing ministry following the 2007/2008 post-election violence. If Balala is kept out because of differing with the Prime Minister over the wrangles in ODM, then we are not yet to receive the change our leaders promised when they took power from the previous regime. This is because that is how the former Government used to reward Government positions – depending on how well you talked about the party or how many votes one was capable of garnering.

The other issue is about talent and capability. I am not undermining any Member of Parliament, but it is good to consider these two elements when appointing someone to a ministry. I am also unhappy with the removal of Mutula Kilonzo from the Justice ministry. Mutula has ably steered the country on the right path in implementing the new Constitution.

Then there is the issue of corruption. Some ministers who have tainted names due to various scandals have been rewarded key ministries. Integrity seems to have been shoved aside, and it is easy to conclude that the reshuffle was meant to award ‘loyal’ friends and punish political enemies.

Turkana County has perpetually hit the headlines for the wrong reasons, but not this time round. The heart wrenching stories of perennial famine and starvation, of cattle rustling and dismal performance in national examinations have been replaced – overnight – by one breath-taking discovery, oil. This drastic twist of events is bound to be the ultimate game changer, the supposed springboard to scale new economic heights.

It was only natural that residents of this marginalised region break into dance on hearing the good news, that will no doubt change the face and perception of the county and by extension, that of Kenya. However, amid celebrations of this giant step towards economic emancipation, Kenyans should know that the discovery and subsequent mining of oil will not be an instant panacea. In fact, if not handled prudently, it can be the cause of emotive controversy and even destructive war.

Kiambu-Kajiado Border: Leaders call for calm as tension ensues after on person died in Limuru

Billions could go up in smoke if fires untamed

The blazing fires in Mt Kenya and the Aberdare forests could exert a heavy economic toll on the nation. 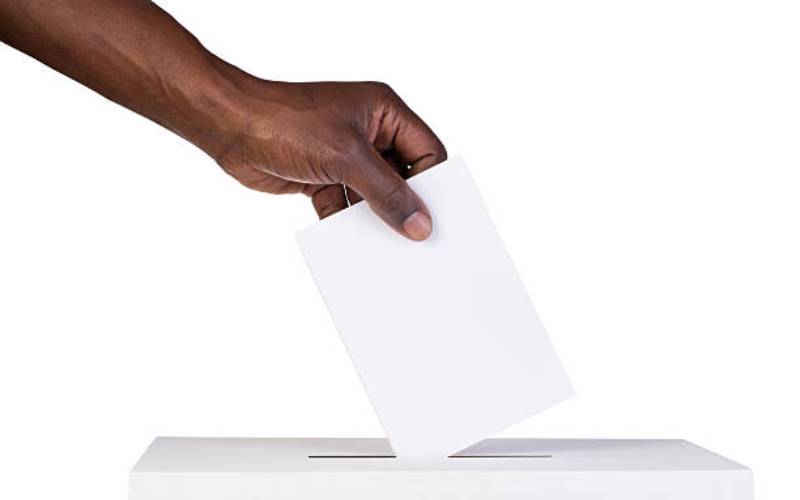 By Jael Mboga | 21 minutes ago