What’s in a name? Maybe it’s time to rename Kenya

Kenya has gone through many rebirths in the last 125 years since its inception in 1895 when it was called British East Africa.

There were birth pangs, including resistance from the Giriama, the Nandi, the Kikuyu, among others.

By 1920, the country was renamed Colony and Protectorate of Kenya. That is the name on my grandfather’s marriage certificate dated 1924. That certificate did not stop him from being polygamous!

The long name came from the fact that while the interior of Kenya was a colony, its 10-mile coastal strip was a protectorate under the Sultan of Zanzibar. At independence, it became a republic but for a year it was a dominion, with the Queen of England as the head of state.

We are now the Republic of Kenya or Jamhuri ya Kenya in Swahili. Kenyans in the US love the term Jamhuri, perhaps a sign of homesickness.

Fast forward to the third liberation that ended the KANU regime in 2002.

The second liberation was the Mau Mau struggle that was not given as much prominence for the raison d’être that it was seen as giving some communities a head start in the race for national leadership.

The first liberation was by the pioneers who stood up against the first wave of colonialism from Mekatilili wa Menza to Koitalel arap Samoei and Waiyaki wa Hinga. The 2010 Constitution marked the end of the third liberation. It had unintended consequences. The KANU stalwarts and its opponents closed ranks, forming an alliance. The former members of civil society groups got into the government too.

The line between opposition and government is now blurred. That alliance will be consummated through the Building Bridges Initiative (BBI). 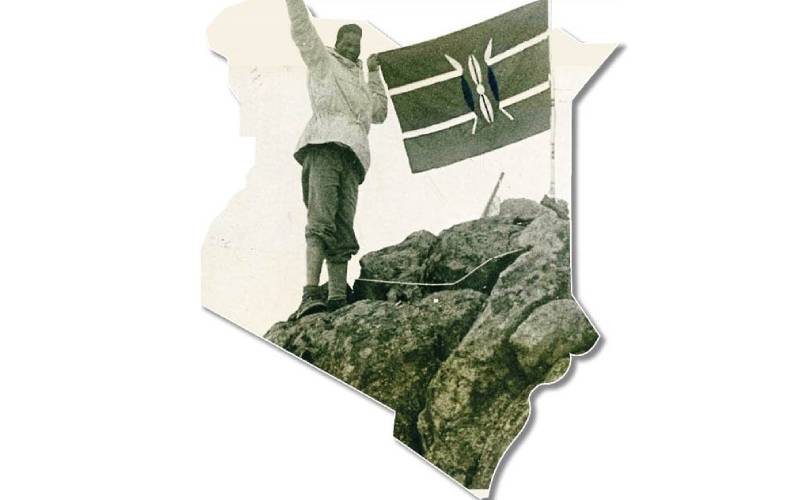 For all the changes our country has gone through, we forgot to change our name to reflect the new reality, the new nation. Did that oversight mean we never changed? Why didn’t the counties change names too? They were formerly districts.

Think of it, naming was such a big ceremony in most societies, including non-African ones. In some communities (tribe is being retired), names were commensurate with seasons and time of birth. In other communities, children were named after their grandparents to ensure continuity.

Among the Hindu, Kundli or a birth horoscope was used to determine the child’s names.  But today parents don’t want old traditional names and prefer modern names.

Then came Christianity and new names through catechism and baptism by water. In some denominations, confirmation leads to another name.

The older generation in their 60s and 70s have two foreign or Christian names. The new names meant renewal, though I know prisoners with saintly names.

Christian or baptismal names have changed over time. The saintly names like John, Mary or James are rare. They have been replaced by star names like Beyoncé and Clinton. Other fancy names like Liam, Ryan, Ethan and Brian are popular. Girls’ names do not mutate as fast as boys’.

So why can’t we in the same spirit give Kenya a new name to reflect her renewal? Don’t we change the names of businesses to give them a new lease of life?

Don’t ladies change their names to reflect their newly enhanced status as Mrs so and so? Hyphenation like Jane Kamau-Ouko is now common. Why?

Think of the internet domain. Think of renewed economic growth based on the Big Four agenda and Vision 2030, with the country becoming the Swahili Tiger.

Think of a trip abroad and introducing yourself as a citizen of the Swahili Republic. The term Swahili will now refer to all Kenyans. It’s more neutral than Kenya. It even shows our link to other nationalities like the Arabs. The name Swahili predates Kenya, which was coined by the colonialists. Do we need a referendum to rename our country?

Swahili is widely spoken in East and Central Africa. Our new identity will mute our parochialism and tribal identity.

Some pundits argue that the Swahili Republic would be a better name for the East African Federation when its time comes.

It should include South Sudan, Congo and Somalia in addition to the current members. Renaming Kenya to the Swahili Republic will also arrest the declining popularity of the Swahili language among Kenya’s upper and middle classes.

Other countries have changed their names such as Bharti to India, Burma to Myanmar and Tanganyika to Tanzania Why can’t we? Can BBI consider this?

Why BOC is no longer breathing easy

All eyes have been on BOC, with government, devolved units and wealthy individuals trooping to the company for the essential commodity.

Of Fort Smith and history that Kenyans chose to forget