Why you ought to worry about post-BBI Kenya 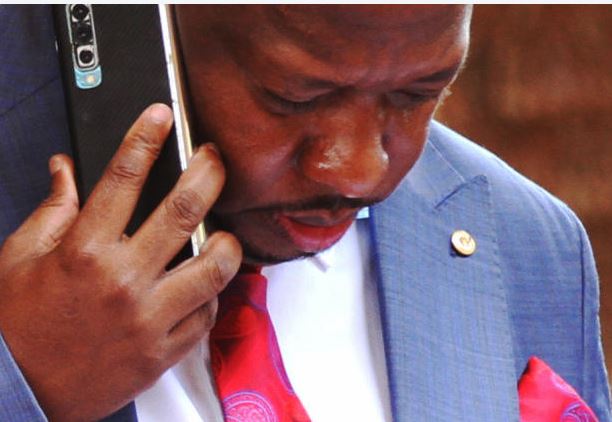 Predictably, the impeachment of Nairobi Governor Mike Sonko (above) followed a script common nowadays. It was another confirmation of what Siaya Senator James Orengo predicted in 2017; government eating its own children.

Yet Sonko was ousted less because he couldn’t do the job well-of course we knew, but overlooked his inadequacies in 2017- than because of his lukewarm reception of the March 2018 handshake and the BBI.

Tired and angered by Sonko’s nauseating touch of megalomania and narcissism, and with little to show of a good job, many Nairobians will be happy to see his back.

Yet it is the symbolism of his unceremonious ouster that rankles. Sonko’s ouster followed the script of that of former Kiambu Governor Ferdinand Waititu and the reorganisation of parliamentary leadership, a confirmation of a political landscape shifting in ways no one ever imagined just a few years back.

And so with the 'handshake government' seemingly less transformational and its legacy not assured, the question top on the mind of many is whether in the end it will be worth all the risk and trouble.

First, the country remains deeply divided, angrier and perhaps poorer. With the BBI referendum — whatever the outcome — described by its proponents as the last lap of the handshake, the dubious distinction of our politics being a race to the bottom is being reinforced. The question is how do you build back from the bottom? How do you get away from the toxic politics, a bad economy weighed down by Sh8 trillion debt, corruption and inefficiency?

Secondly, as things stand, the handshake is proving inadequate to exorcise the ghosts of inequity, disunity and economic stagnation. And no, nobody expected the handshake to hand us the knockout blow. At the very least, many hoped that it would offer incremental progress good enough to offer hope.

The fear is that the experiment in consensus politics — as opposed to competition — will ultimately prove too costly as the troubling vulnerabilities of our democracy get exposed.

The genius of democracy is that the most qualified gets the honours to rule. Having been co-opted into the Big Tent Jubilee government, the Opposition has looked somewhat befuddled, reduced to cheerleaders offering no viable alternative leadership.

Indeed, 'handshake politics' has eviscerated any pretence to political competition. Will our votes and therefore our will to replace ineffective leadership, count? To our democracy’s loss, the conditions now make it more, not less likely to have another round of handshake post-2022 no matter the outcome of the referendum. We should worry what form it takes the next time.

American political scientists Susan D Hyde and Elizabeth N Sanders argue that although all democracies are imperfect, one of their central virtues is that they are built to be resilient – to bend without breaking, even when leaders pull institutions in an authoritarian direction.

The hope is that our democracy has the capacity and the elasticity to snap back, and therefore neutralise any potential damage made easy by the backsliding of the so-called reformers of yester-years. The truth is, the public desires less of the political conflicts we are accustomed to and more of policy disagreement which is forward-looking and advances the agenda.

The ogre in the handshake is that it undermines accountability in the name of debunking the winner-takes-it-all model. Most ominously, the same things many fought against that culminated in the Second Liberation have made a big return.

It looks like the will of the people has been subjugated to the desires of two, three or four people on the top deck. In the handshake era, politicisation of law enforcement and personalisation of leadership is creeping back. Growing intolerance to divergent views and the overpowering urge to shepherd people into two camps of pro- and anti-handshake is elevating personality cult over collaborative leadership.

But I am inclined to believe that all is not lost. BBI may yet be what gives the people a chance to halt the leaders’ fleets of fantasy. Give it to them, some of the institutions that underpin our democracy have taken in heavy blows and stood up against the constant bullying and blackmail from the heavy-handed Executive with the supporting cast of a craven Parliament. Civil society, the media, the Judiciary, and some MPs have laboured hard to ensure the little we had remains.

Also, remember a lot of people who will vote in 2022 are children of democracy; smartphone wielding generation unafraid to speak their mind. They know what freedom and choice is all about and hopefully, will repudiate anything that takes away their right to choose.

Mr Kipkemboi is an Associate Editor at The Standard