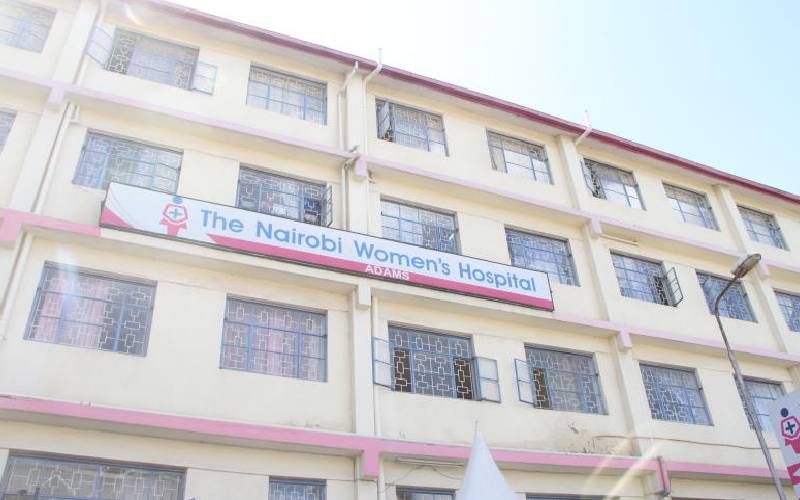 The Court of Appeal upheld a ruling by the High Court that the hospital should bear 90 per cent liability for Purity Kemunto's baby who was diagnosed with cerebral palsy.

The hospital had appealed the ruling, claiming the amount awarded was excessive. It complained that Justice Mbogholi Msagha also failed to enjoin its insurer, ICEA Lion, in the case.

It also argued that the judge erred by failing to factor in that it is the responsibility of a parent, not a hospital, to raise a child.

Furthermore, it denied claims of negligence and asserted that Kemunto was afforded sufficient medical attention and her labour was properly monitored.

But Justices Wanjiru Karanja, Gatembu Kairu and Agnes Murgor dismissed the claims, ruling that the insurer cannot be tied to a negligence suit against the hospital. They added that the High Court had apportioned 10 per cent liability to Kemunto, which ought to be her parental responsibility.

“There is accordingly no merit in the complaint that the judge erred in failing to consider the ordinary parental responsibility to provide for the minor, or in the assessment of damages,” they ruled.

The High Court had awarded Kemunto 54 million. When the hospital appealed, the court ordered it to release Sh10 million towards the child's welfare while awaiting the final outcome.

It all started on May 27, 2007, when Kemunto checked into Nairobi Women's Hospital expecting to walk home with a bundle of joy, a baby boy.

Kemunto frequented the hospital for antenatal care to ensure that all was well with her unborn child.

But a single blunder by the hospital personnel ruined her son’s life. To date, he cannot live without support.

According to court documents, a Dr Kagema had indicated that Kemunto was strong enough for normal delivery. But when her labour was induced, there were no signs that the baby was ready to enter the world.

Kemunto said the doctor and the nurses left the delivery room without assigning someone to monitor her progress every 30 minutes.

Two days later, she had not given birth despite severe labour and persistent pleas that she be attended to.

In the afternoon of May 29, a doctor named in a court document as Mutinda rushed her to the theatre where she delivered through a caesarean section.

The first sign that all was not well was that the baby did not cry and could not breathe properly.

She was later told the baby had suffered birth asphyxia, a medical condition caused by lack of oxygen to a newborn during birth. It usually affects the brain.

“Had the labour been monitored, the caesarean section would have been done well before 1pm. The baby would have been born healthy. Dr Kagema had erroneously insinuated that I had a pelvis that could deliver normally,” Kemunto testified.

Kemunto is raising her son single-handedly after the boy's father walked out on her after he realised that he had cerebral palsy.

"He has permanent brain damage. It has been nine years of suffering and great expenditure. The boy's condition made his father leave, and since then I have been taking care of him by myself.”

Justice Mbogholi awarded Kemunto Sh60 million but deducted Sh6 million, which was apportioned to the 10 per cent liability. “While I agree that the economic implications should be considered in making awards, the plaintiffs should be compensated for the injuries sustained as a result of the actions or omissions of the defendants,” he ruled.

The hospital was also ordered to pay Kemunto's legal costs.