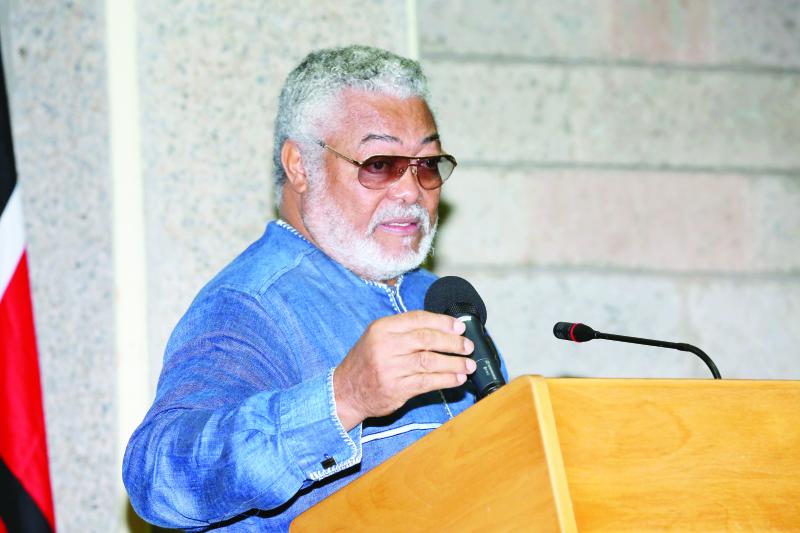 Twenty years after he left political office, probably nothing divides Ghanaians more than their opinions regarding Flight-Lieutenant Jerry John Rawlings. His lingering political influence on Ghana may be second only to Kwame Nkrumah. Some like Rawlings, some hate him.

I wrote a PhD on Rawlings and his rule at the end of the 1980s. After four years of intensive study, I was still not sure how to regard Rawlings. Was he a patriot who believed passionately in Ghana or a wrecker who wanted to bring the post-colonial edifice tumbling down? Today, 30 years later, I am still not sure what to make of him. But, assuredly, I will remember him and his legacy.

Rawlings has been a pivotal, absolutely central, figure in the country’s political and economic fortunes.

Ghana moved from military to democratic rule with two elections in 1992 and 1996. Both resulted in the election of the former military leader, Flight-Lieutenant Jerry Rawlings, as president. Rawlings’s party gained a majority of seats in parliament on both occasions. But this is not simply a case of an authoritarian regime trying to legitimise itself by dubious elections, as contemporaneously in Burkina Faso or Kenya.

Instead, Rawlings’s election as president showed signs that Ghana was consolidating as a liberal democracy. Having a vocal, reasonably effective opposition greatly affected Ghanaian politics in the 1990s. For the first time in nearly 20 years, a regime led by Rawlings had to answer publicly for its programmes and policies. Also, certain national institutions were both strengthened and made more independent.

However, the possibility of a military coup d’état could not be discounted, especially if a regime perceived as hostile was to be elected in 2000. This was a time when Rawlings could not constitutionally run for president again. But, even then, it was difficult to imagine Ghana going back to the status quo ante. Instead, it seemed more likely that there would be an extended period – where both government and state exhibited mixed characteristics of both democracy and authoritarianism. Today, in 2020, Ghana is one of the few consolidated liberal democracies in Africa.

To what extent is Rawlings to thank for this welcome state of affairs? After independence in 1957, a decade of initially democratic, latterly dictatorial, rule by Kwame Nkrumah and his Convention People’s Party government ended in 1966 with a joint police/military coup d’état. After handing over power to elected civilians in 1969, the military struck again in 1972. Following a junior ranks coup in early 1979, which brought Flight-Lieutenant Jerry Rawlings to power for the first time, an elected civilian government took charge following elections later the same year.

After a traumatic two years of conspicuously unsuccessful rule, Rawlings returned to power via another coup in late 1981. He initially rejected ‘Western-style’ multi-party democracy as ‘unsuitable for Ghanaian realities’. But over time, Rawlings became an apparent convert. Voted president by impressive margins over his nearest challenger in 1992 and again in 1996, his party, the National Democratic Congress, achieved substantial parliamentary majorities in those two elections.

The second phase of Ghana’s post-colonial history – from 1981 – is a story of evolving political stability and growing economic steadiness. The period is however intensely controversial, even today: centering on the figure of Rawlings himself.

Rawlings’ initially chaotic, then authoritarian, latterly democratic, rule by hook or by crook managed to take Ghana through the uncertainties of the 1970s to the political balance and comparative economic equilibrium of the 1990s and into the 21st century.

The chaotic phase lasted from 1982 to 1983-84 when a series of populist political and economic strategies were tried without much success. From 1983-84 to the early 1990s, government attempted to manage the economy and engineer desired political changes through a mix of often clumsily applied administrative controls and popular mobilisation. Over time, the regime became more authoritarian. It became increasingly unwilling to listen to alternative suggestions to deal with the country’s problems.

Until 1992, when the country democratised, Rawlings’s economic and political policies remained insulated by his authoritarian style and wide powers of coercion. Decisions were made by a small, strongly centralised, coterie around, and including, Rawlings. It seemed to many that populist rhetoric was taking the place of governmental institutions.

During the 1980s, anti-Rawlings coup attempts were regularly made. The key to the regime’s continued survival was tight control of a large, loyal security apparatus. The apparatus was originally designed to mobilise the population in defence of what Rawlings persisted in calling a ‘revolution’. Over time, it evolved into an oppressive machine to quell dissent. The tough tactics of the regime’s militants and security personnel did impose acquiescence on the country’s once vocal political opposition to the extent that a ‘culture of silence’ existed.

That culture of silence is now over. Many Ghanaians will be glad to see the back of Rawlings. Some will remember him as a forward-looking leader who took Ghana through a rough patch and ultimately leaving the country in a better place than it might have been without his rule.

- The writer is professor emeritus of Politics and Coordinator of Governance and International Relations, London Metropolitan University

One person dies during a challenge exercise to climb Mt Kenya