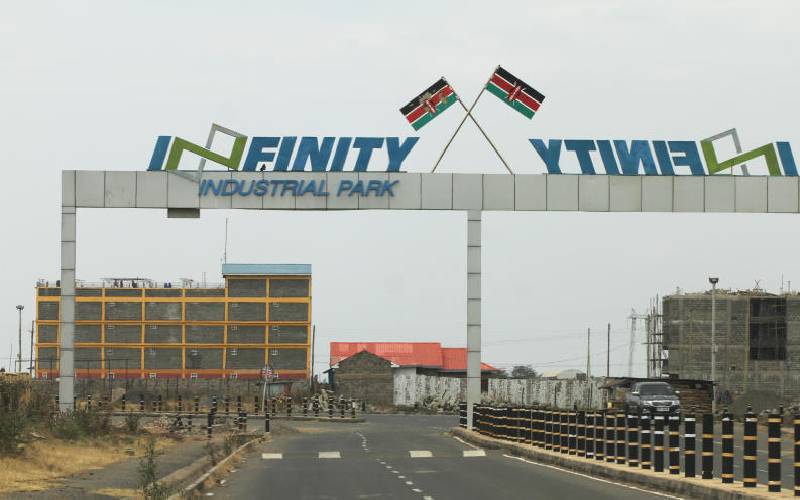 If all the planned industrial parks since the Jubilee government took over power were up and running, achieving all the goals set for the manufacturing sector under the Big Four agenda would have been a walk in the park.
But billions of shillings allocated for the development of these parks in the initial budget books for every financial year since 2014 are taken away in subsequent revisions through the supplementary budgets.
The effect is that the contribution of manufacturing to the Gross Domestic Product (GDP) has been on the decline, standing at 7.5 per cent last year, down from 9.4 per cent in 2015. The Parliamentary Budget Office (PBO) in a new report notes that while the private sector should be the driving
force in manufacturing, the State has an enabling role.
The government has, however, over the years failed to facilitate the private sector in the manufacturing agenda. This despite the sector being earmarked to increase its contribution to GDP to 15 per cent by 2022 under the Big Four agenda.
The PBO noted that the industrial parks could go a long way in playing an enabling role for the sector, but they appear to have been abandoned and only exist in government papers. While manufacturing should be driven by the private sector, the role of the Government cannot be gainsaid.
“Over the past years, the Government has failed to meet the set targets for these projects. Many projects particularly under the state department for Industrialisation have not been completed as envisaged.” Other than budgetary cuts, some projects were not being subjected to thorough scrutiny.
The PBO noted instances where feasibility studies were not undertaken and due to unforeseen challenges, such projects have stalled. Thus, other than starving the manufacturing sector of the much-needed facilitation, the Government has also lost money in the stalled industrial parks. “The main challenges hampering effective project implementation include: some of the projects being implemented didn’t undergo feasibility studies hence unforeseen challenges related to project implementation occur; budget cuts effected through numerous supplementary budgets; delay in enacting enabling regulations; pending bills among others,” said the PBO report.
Among the projects where funds have been lost because projects were not subjected to scrutiny before the commencement is the Kinanie Leather Park. Construction on the industrial park in Machakos County had to be restarted after it was discovered that some of the construction works had been done on unsuitable land. “The construction of the Kinanie Leather Park has been started all over again with drawing up of a revised master plan after heavy rains in 2018 rendered 60 per cent of the land unsuitable,” reads part of the BPO report.
“The project, which was started in 2014, has also been regularly subjected to budget cuts which are often implemented through the supplementary budget. Failure to complete the project as scheduled will lead to delayed returns on investments. The budgetary allocation of Sh236m is expected to facilitate completion of the common effluent treatment plant, construction of access roads as well as preliminaries towards the development of two tannery sheds, three footwear and leather goods sheds.”
The park, which will be set on a 500-acre, is set to have 15 tanneries, with leather goods makers being allotted 200 plots. Another industrial park is the Dongo Kundu project, which was started in 2013.
The Ministry of Industrialisation came up with the idea following a memorandum of understanding with the Japanese government for a concessionary loan. It broke ground in October last year, but nothing much has taken place since.
“The project never kicked off as envisaged and the budgetary allocation of Sh1.5 billion for the project was removed completely through the supplementary II budget of 2019/20 financial year, leaving the project with no resources for its activities,” said the PBO report.
“Key targets such as the construction of a business centre to house a one-stop-shop, construction of custom gatehouses and custom warehouses, perimeter wall and an administration block were never actualised. In 2020/2021 financial year, the project has been allocated Sh172.2 million, which is not enough for the project to take off and it is, therefore, likely to be delayed further.”
The Naivasha Special Economic Zone was also conceptualised in 2013 but has experienced what the PBO report terms inordinate delays, partly due to lack of funds. “In instances where there have been budgetary allocations, austerity measures have always led to budget cuts. For instance, in
the 2019/2020 financial year, the entire budgetary allocation of Sh1.13 billion was cut during the supplementary budget process,” noted the report.
Share this story

Senators turn heat on Lusaka as another meeting aborts