My immune system brought my nerves tumbling down 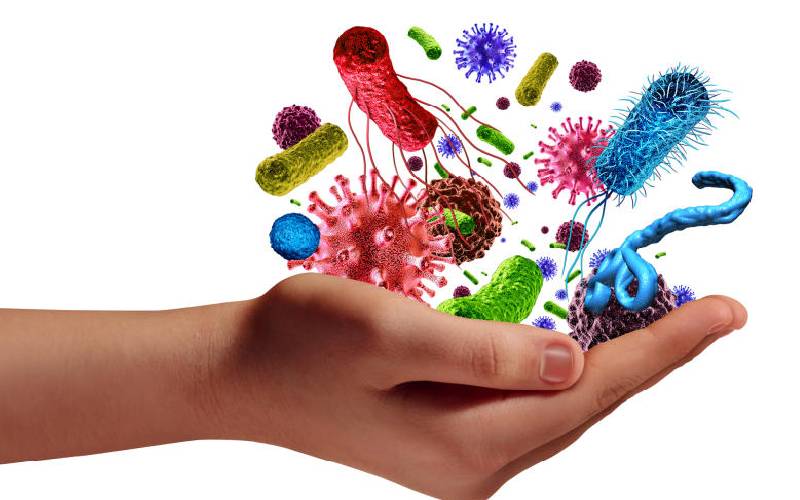 Edwin Maina fell down the stairs one morning in June 2019, as he was preparing to go to work.

“I could not get up. I had been feeling generally weak for a while but had been brushing it off as just fatigue,” he says.

That fall marked the beginning of a very painful period in his life, one that he is still recovering from more than one year later.

Upon examination, his doctor found a high count of white blood cells in his body. There was some form of infection his body was trying to fight. He was put on antibiotics to clear the infection, treated for fatigue and asked to take some rest.

But the weakness in his body would not go away despite the treatment. Two days later, Edwin could not even get out of bed.

“I was getting weaker and weaker. On the morning of June 12, I could not get out of bed as I was paralysed neck down. Luckily, my right hand was still functioning and that’s how I managed to call for help,” he told My Health.

With more tests, doctors found that Maina had been harbouring a rare condition known as Gillian Bare Syndrome (GBS).

GBS is a rare disorder that affects the nerves, making them weak.

According to an analysis by Mayoclinic, symptoms of this condition start as a general weakness as well as a tingling feeling. These sensations can quickly spread, eventually paralysing the whole body.

“Within a few days, I could not move most of my body, as I had been paralysed. It happened very fast,” Edwin recalled.

In its most severe form, GBS is a medical emergency. The exact cause of the syndrome is, however, unknown. However, two-thirds of patients report symptoms of an infection in the six weeks preceding diagnosis.

The good news, however, is that most people recover from this disorder.

There are three types of GBS.

The most common form is the acute inflammatory demyelinating polyradiculoneuropathy (AIDP), which is mostly reported in parts of North America and Europe. The most common sign of AIDP is muscle weakness that starts in the lower part of the body and spreads upwards.

Miller Fisher Syndrome (MFS) is the second type of GBS. In this case, paralysis starts in the eyes. MFS is also associated with unsteady gait and is common in Asia.

For Maina’s case, a strain of bacteria that looks like a nerve invaded his system.

“It started in my legs and went up to my finger. I remember also having an episode of stomach upsets, but that too cleared on its own,” he says.

So when the white blood cells attacked the bacteria, they attacked his nerves as well, leaving them scarred on the myelin sheath - a fatty tissue that protects nerve cells.

The myelin sheath is part of the central nervous system, which carries messages back and forth between the brain and the rest of the body. When damaged, it alters the speed at which these messages are carried to and from the brain.

“When I went to the doctor, they carried out a number of tests, one which included a nerve conduction test. This was basically to shock the nerves and see how fast they respond to waves. It was discovered that they were taking too long to send messages to and from the brain,” Edwin recalls.

He was then admitted to the hospital and put on steroids.

“I was also put on a drip containing immune globulin (IGIV), a sterile solution made from human plasma. It contains antibodies that protect against infection from various diseases,” he says.

He stayed in the hospital for five days. “I had been told that these treatments were not guaranteed to work, but I was lucky because I went to hospital when the disease had just struck. There was mild damage done at that point,” he recalls.

Maina is the first person in his family to ever be diagnosed with this condition.

So what exactly is GBS?

According to Sam Njiru, a consultant neurosurgeon, GBS is also known as ascending paralysis.

“Normally, a patient presents with weakness that commonly starts from the legs spreading upwards to involve the rest of the body,” Dr Njiru says.

It is caused by an overreaction by the body’s immune system to infection by agents like camplylobactor, CMV and even HIV and Covid-19.

“Diagnosis is by clinical judgment by the doctor through nerve conduction testing. This condition is self-resolving,” he explains.

How common is GBS in Kenya?

According to Eugene Genga, a rheumatologist, a research paper in 1988 reported 54 patients over an eight year period. They also noted that the patients had poor outcome, either death or failure to recover muscle power.

“Guillain-Barré Syndrome can affect anyone. It can strike at any age (although it is more frequent in adults and older people) and both sexes are equally prone to the disorder. GBS is estimated to affect about one person in 100,000 each year,” Dr Genga noted.

“Both treatments are equally effective if started within two weeks of onset of GBS symptoms, but immunoglobulin is easier to administer. These drugs are very expensive and can go up to Sh1 million. We have a number of generic forms of the therapy, which has helped make the drugs cheaper,” Genga explained.

Recovery, however, can be slow or incomplete - the recovery period may be as little as a few weeks or up to a few years.

“Some individuals still report ongoing improvement after two years. About 30 per cent of those with Guillain-Barré have residual weakness after three years,” he says.

After he was discharged, Maina was put on physiotherapy for three months to ensure his body regained its normal sensory functions. For three months, he was trained on how to walk and hold things using his hands.

“Now I can walk, but cannot run. My hands are still a little shaky. But I have resumed most of my normal functions. I even went back to school. I can say I am 95 per cent better now,” Edwin says.