Alcohol ‘drinking’ babies on the rise 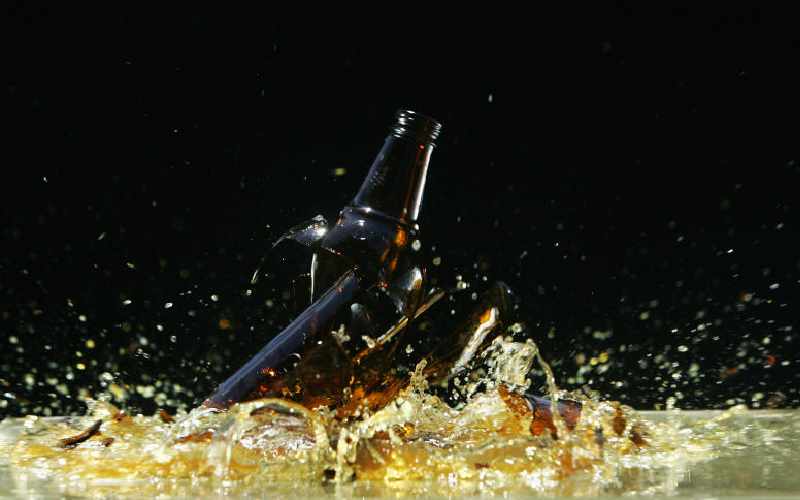 As women close the drinking gap between them and men, more unborn children are being exposed to alcohol.

“I could not pull away from the gang,” says Irene, a nurse in Nairobi, and a mother of a three-year-old boy.

The boy, she says has learning and developmental problems linked to alcohol exposure in her pregnancy.

“My friends convinced me, a little could not hurt, so I let the music go on,” says Irene.

Irene belongs to the new generation of financially independent women, claiming to face the world on own terms.

A global study published last year in the medical journal BMJ Open showed women to be  drinking nearly as much as men and warned that they risk paying the price with their health.

“These women represent majority of females found in bars and restaurants at any given time,” said Euromonitor in a report on high-end alcohol trends in Kenya.

With the rise of the female population at the bar, data also shows a corresponding increase in those drinking during pregnancy, exposing the unborn to a condition called Fetal Alcohol Syndrome (FAS).

Data published in the journal of Substance Abuse Treatment, Prevention, and Policy in April shows at least 6.5 per cent of women in Kenya use alcohol while pregnant.

This though the lowest in East Africa compared to 20 per cent and 15 per cent in Uganda and Tanzania respectively, experts say is a cause for worry.

This suggests about 75,000 of the 1.15 women who gave birth last year may have dabbled with alcohol during their pregnancy.

An investigation on reasons for preterm deliveries at Kenyatta National Hospital in 2018 found almost 10 per cent of the mothers had been taking alcohol while pregnant.

“This is a huge number of women who are putting the health of their lovely children at risk. We much work harder to get the right messages to them,” says Ann Mweru, a community health worker in Ngarariga, Limuru.

“Many are from poor families and go for cheap and very strong second generation alcoholic drinks without the benefit of good or enough food.”

She says there is what seems to be a laissez-faire drinking habit, initially among males but now increasingly creeping to young women.

“Among the pregnant they seem to believe that a little alcohol is good even for the baby,” said Mweru.

This message is gaining some traction even among elite medical researchers. Earlier this decade, Harvard Medical School, US, created uproar after been seen to support a study suggesting that drinking a little alcohol in early pregnancy was okay.

“I am so disappointed to see Harvard Medical spreading information that could cause a lifetime brain damage to a foetus,” replied Dr Elena Varavikova in social media.

Feminists, however, hailed the study saying those recommending that pregnant women not drink alcohol are old-fashioned and even patriarchal.

This double messaging is more widespread, as reported recently in a study among drinking pregnant women in Western Kenya.

“I was told alcohol cleans the fetus; you give birth to clean and healthy child…” said a 24 year-old study respondent in Kisumu.

Similarly, Mercy, 24, had been advised that “small quantity” of alcohol was beneficial: “It’s said alcohol cleans the baby in the womb,” she said.

Several other women, the study by the Kenya Medical Research Institute suggested positive effects of alcohol use during pregnancy, including its use to reduce pain during labour.

“When chatting, my friends used to say that if you are in labour and drunk you cannot feel any pain, so I used to try to get drunk,”  said Leticia, 22.

The study published in 2018 in the African Journal of Reproductive Health, had investigated the use of drugs and alcohol among pregnant women in Kisumu

“Alcohol and drug use was prevalent throughout pregnancy, often described as a coping mechanism for stress,” reported the study.

The use of alcohol for whatever reasons in pregnancy, medical experts say is on the increase with serious health and social consequences for the children.

Previous article
How stress and immunity are linked