The plan to scare you off alcohol and junk food 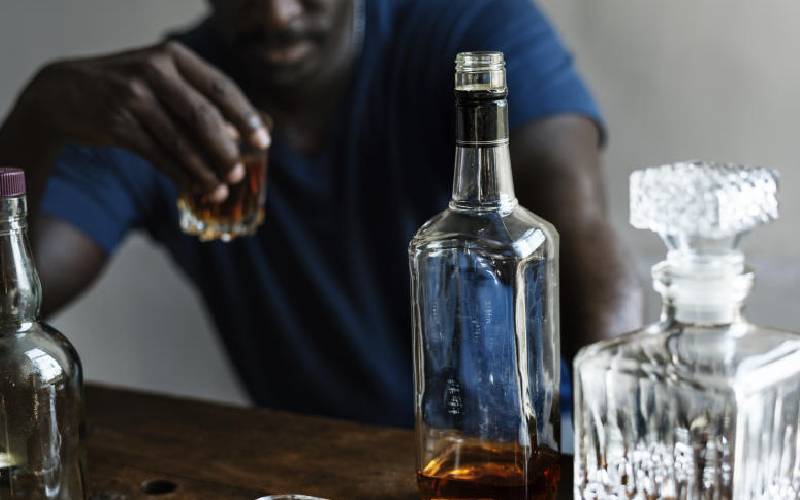 Not even a curfew has managed to sober up Kenyans, as alcohol flows freely in residential areas and homes.

To adapt to official efforts to divorce them from the bottle, including the closure of bars and nightclubs, Kenyans have embraced a drink-from-home strategy.

Efforts to limit drinking alcohol and smoking to save lives started more than a decade ago with the enactment of the Tobacco Act in 2007 and the Mututho law in 2010.

One banned smoking in all public places, while the other drastically limited alcohol selling hours. Success, however, has been modest if any.

“Nothing will stop my tipple. It is my time, my money, my life,” says Isaac Wanderi of Plot 10 in Pipeline Estate Nairobi.

Wanderi, 52, says he has seen all these changes, including the price of a beer rising from less than Sh20 to more than Sh200 now.

“I did not stop, but only changed the brand,” say Wanderi, who like many Kenyans moved to cheaper but stronger informal alcohol. He has a heart condition that is aggravated by his drinking, but he’s not bothered: “Everybody’s graph is drawn.”

But the Ministry of Health is concerned. A new report – Combating Non-communicable Diseases (NCDS) in Kenya.  An Investment Case, co-authored with the World Bank – says drinking, smoking and poor eating habits are getting out of hand.

About one in five Kenyans, the report says, currently consumes alcohol, with 13 per cent of these doing so on a daily basis.

Further, more than a third, 35.5 per cent, of adult Kenyans drink unrecorded alcohol, including second-generation and home brews.

Since the enactment of the Mututho law, the Health ministry says binge drinking has increased especially on weekends.

But drinking or eating badly is not the problem – it’s their impact on Kenyans’ health that’s the issue. The report says unhealthy diets, tobacco, alcohol and physical inactivity are largely to blame for increasing illnesses and deaths from four top NCDs: chronic diseases of the airways,   heart conditions, breast cancer and cervical cancer.

These four are among seven NCDs the government intends to address immediately. The proposal suggests Kenya invests Sh142 billion for the treatment of these conditions.

The World Bank-driven proposal suggests higher taxes on tobacco, alcohol and sugar-sweetened beverages aimed at reducing their consumption, as well as generating revenue.

“The government may consider restricting the availability of alcohol by limiting the locations and hours of sale,” suggests the report.

Some suggestions on the table include banning home deliveries of alcohol, moving all bars from residential areas, and tying the number of alcohol outlets to population size.

The World Health Organisation, the report says, has identified highly cost-effective interventions to reduce demand for tobacco and alcohol, and improve diets and physical activity levels.

One such campaign that is yet to effectively take off in Kenya is having graphic pictorial health warnings displayed on cigarette packets. Such pictorials showing, for instance, rotting teeth or other damaged body parts as a result of smoking, are said to be effective in reducing tobacco use.

There are now suggestions to have such images placed on junk food, sweetened juices and alcoholic drinks containers with the aim of scaring off would-be consumers.

Mary Adela, a mama fua in Kawangware and an addict of fast foods, initially said nothing can keep her away from a nicely fried chicken wing.

But when shown the kind of images put on cigarette packets, she could hardly keep down her breakfast.

Soon, a beer carrying such images may be coming to your local joint. Already several researchers are studying the effectiveness of such a campaign.

For both alcoholic drinks and energy-dense snacks, the images, the researchers say, generated strong reactions with the potential of discouraging the use of the labelled products.

“This is welcome it if can reduce alcohol consumption and the proliferation of junk foods and sweetened juices,” said Abby Olenda, a consultant nutritionist in Nairobi.

Wanderi, however, says he is most unlikely to remember the label on his drink after the fourth one, “but let them bring it on”.

Some Trump supporters expected in court, as police hunt for more who stormed US Capitol