By Standard Reporter | 2yrs ago 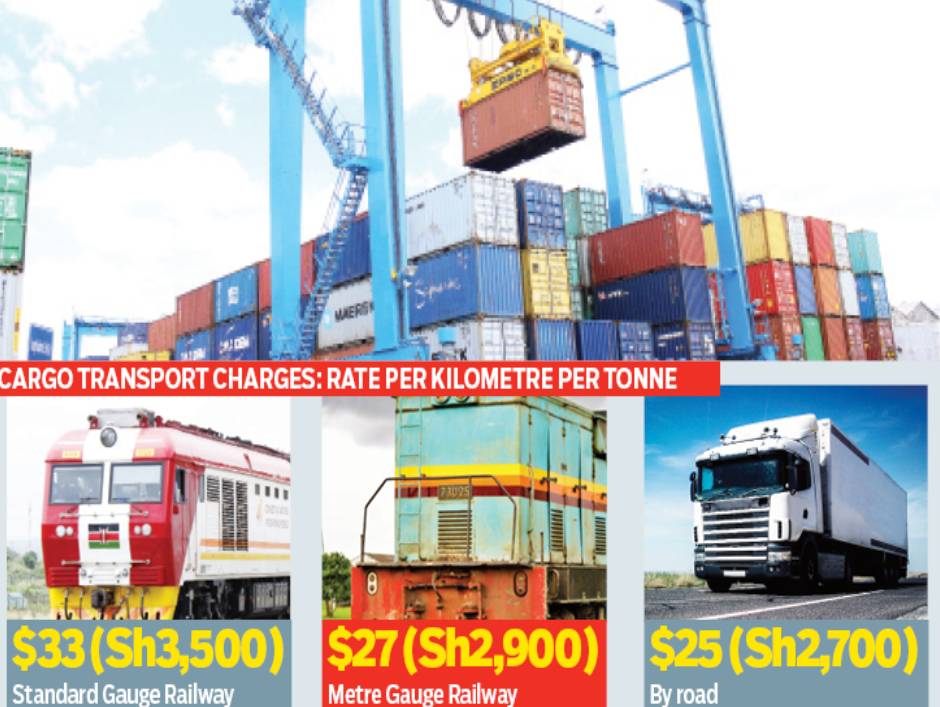 The Kenya Railways Corporation (KRC) has been advised to kick out the Chinese rail operator as soon as next Saturday.

An opinion from the State Law Office takes issue with the working relationship at the Standard Gauge Railway line after the Chinese operator refused to come to the table to review contract terms when revenues fell far short of initial projections.

The implications of parting ways between KRC and Africa Star Railways, the operator, could be significant for bilateral relations with China, which has funded most of the Sh500 billion SGR project.

Having a Chinese firm operate the business offered the lenders a level of comfort as they could have an insider’s view on revenues, besides providing yet another avenue of making money.

But according to the official leaked documents, Africa Star has been overcharging the corporation, which has led to major losses and informed the call for a divorce.

An operations and maintenance (O&M) contract between the parties was entered into on May 30, 2017. It was a deal shrouded in secrecy but it has since had loud reverberations that now point to a teary ending.

Solicitor General Kennedy Ogeto has told KRC to immediately consider terminating the contract on its third anniversary, which is next Saturday, owing to seemingly irreconcilable differences.

“Further, that KRC may consider terminating the O&M contract after the three-year period stipulated in the O&M contract, in which case KRC may opt to temporarily take over the services of several key experts currently working with the operator,” he said.

Among the accusations brought against the Chinese operator are widespread fraud, especially in ticketing, and a high number of questionable travel cancellations that resulted in fake refunds.

Several officials working for Africa Star have, however, been charged in court with the theft of SGR revenues.

Initially, a review of the contract terms was intended for May 30, 2022, five years after Africa Star started operating Madaraka Express on behalf of KRC.

But the difficulties encountered by a committee established to renegotiate the contract - on realisation that the project implementation was premised on the wrong projections - are informing Ogeto’s extreme stance.

“Notably, the renegotiation committee recommends that KRC holds the current contract for the remaining period before review at year 5 as provided for in the ... contract for phase 1 to allow KRC to prepare to take over,” reports the Solicitor General on the status updates sent to his office.

It is unclear why Ogeto recommends a more immediate review than the May 2022 date that seems preferred by the renegotiation committee.

Terminating the contract next Saturday or in two years’ time would have the same cost implications, which include the payment of Africa Star’s fixed costs for the next six months and clearance of any pending bills.

Ogeto’s preference might be informed by the fact that the variable costs portion of the severance compensation would be a lot higher in 2022 than if the termination happened next week.

“It is noted that although the GoK re-negotiation team was not able to agree with the operator on the critical aspect of reduction of operating costs to ensure economic sustainability of SGR operations, there was nonetheless agreement on other soft issues ...” he reported, suggesting that Africa Star made some concessions, but not on finances.

At the heart of the standoff is Africa Star’s continued billing for the fixed costs for the Nairobi-Naivasha SGR section, commonly known as Phase 2A, yet there were no operations on the line.

Matters have since been complicated by the Covid-19 pandemic. SGR passenger operations have been suspended fully, while the cargo business has taken a hit from reduced demand and disruptions in supply chains.

Further, the Naivasha Dry Port is only operational on paper, meaning cargo hauled from Mombasa can only go as far as the Inland Container Depot (ICD) in Embakasi, Nairobi.

Yet, in effect, Africa Star is demanding that it continues earning from KRC regardless of whether there is work done or not.

KRC had initially contracted the Chinese operator last October to run Phase 2A for six months, which expired on April 15, just about the time the passenger service terminating at the Suswa station was launched.

President Uhuru Kenyatta would in December 2019 launch the freight business, which would have seen cargo destined for the western part of the country and neighbouring nations collected from Naivasha.

Considering that the logistics of moving cargo is a lot easier and more straight-forward than passenger services, it was considered that KRC would have built the capacity to take over the Nairobi-Naivasha operations.

But it is clear that Africa Star sought to have the contract extended to July, even in the midst of the coronavirus pandemic, informing the corporation’s request for legal opinion from Ogeto’s office.

“In that case therefore, it does not make any economic sense for KRC to extend the Addendum for Phase 2A for a further period of three months as the same invites an additional financial liability on KRC by way of fixed and variable costs payable to the operator yet the section is not fully operational as to afford an economic benefit to KRC,” reads the advisory.

Before the April 15 advisory, the KRC board had decried the operations, indicating that while revenues for the year ending June 30, 2019 had shot up significantly, receipts were only 41 per cent of projections.

In that financial year, SGR registered losses worth Sh6.8 billion, which translated to taxpayers losing Sh18.6 million every day to sustain the operations.

In a rare admission, the directors said moving cargo on the SGR was the most expensive option when compared to the century-old metre-gauge railway and even trucking.

That would explain why SGR has not been readily embraced by transporters who would rather use the road from Mombasa, which has the added benefit of delivery to the doorstep rather than incurring additional costs from the ICD.