Budapest is a unique city 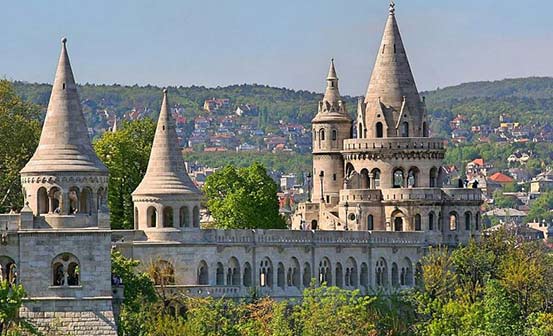 If you are hungry for a destination that comes on the top of welcoming cities, then head off to Budapest, the capital of Hungary.

It is one of the biggest and most exciting cities in Central and Eastern Europe and it has a rich cultural heritage and beautiful sights.

This historic city is pinned to the Danube, one of Europe’s most iconic rivers.

Interestingly, Budapest gets its name from its two halves on either sides of the river – Buda and Pest.

Buda, the first half of the city which forms the older historic core, is linked to Pest, its comparatively newer 19th century counterpart on the east bank of the river.

Budapest comprises of 23 districts all meticulously numbered in Roman numerals clockwise and in widening circles.

Since 1849, they are linked with Szechenyi Lanchid, famously known as the Chain Bridge, which in itself is a tourist attraction.

Buda is popular for its palaces and cobbled streets while Pest offers a wide array of sights, museums, landmarks, shops, places of entertainment.

In recent years, this area has undergone major works and there are new pavements, more parks, modern street lights and hip street art.

The Chain Bridge, now a monument, is the Hungarian capital’s first bridge and a fascinating spectacle which attracts many visitors.

The original bridge was built on the orders of Count Istvan Szechenyi, Hungarian statesman and political reformer.

Like many other bridges on the Danube, the original Chain Bridge was the victim of the World War.

The bridge was rebuilt in 1949. Visitors can walk onto the top of the tunnel on the Buda side and enjoy a marvelous view of the Danube, its nearby bridges such as the Margaret Bridge as well as the modern parts of Pest. Budapest has a unique atmosphere and is well known for its museums, squares, restaurants, cafes, shops in the city’s Castle district and of course, Buda Castle which tourists always put at the top of their itinerary.

Most districts in the inner city can easily be explored on foot. Buda Castle, also known as the Matthias Church, in the Szentharomsag Square, is a monument with a long history and one of the most beautiful and popular churches of the city.

The Church is named after St Stephen, founder of the Kingdom of Hungary.

His incorruptible right hand known as the mummified Holy Right Hand, which is considered as Hungary’s most sacred treasure is kept here.

The Royal Palace, which has seen many battles and wars from 13th century is a symbol of unity for Hungary as are the three churches in the city is also worth a visit.

Fisherman’s Bastion is a nice square in the Buda area.

It offers a good view of the Danube and the city. Perfect place to enjoy an evening.

Spas have always been inviting as far back as 2,000 years ago. Budapest holds the envious title of a spa city and is referred to as the Mecca of Rheumatics.

Today, thousands turn out to enjoy the treasures of natural hot water springs at 15 spas.

Most of the thermal baths open today were established by the Turks during their period of occupation.

Some 70 million litres or medicinal water with a temperature of 21-78 degrees Celsius comes to the surface from the 118 natural springs discovered so far.

You can even taste the medicinal water from several drinking wells in Budapest.

The Danube offers many opportunities for cruises.

There can be fewer and better ways of sightseeing than taking a floating bus — an amphibian vehicle — that starts its journey from dryland Szechenyi Istavan Square splashing into the water half-way and taking in all the top attractions of the city including the Academy of Sciences, Opera House, Heroes Square, the Parliament, the Chain and Margaret bridges and the Royal Palace, among other places.

This promises to be an unforgettable experience. Traveling by trams also offers a perfect view of the city.

Budapest has 25 museums including popular names National Gallery, Palace of Arts, Museum of Ethnography, Museum of Military History, Agricultural Museum, Museum of Electrotechnics and the House of Terrors which is dedicated to the victims of Hungarian dictatorial systems of the 20th century.

Also worth a visit is the 691-room Parliament, Heroes Square and the National Assembly.

Budapest’s most popular shopping area is the Vaci Street and a host of local markets including the Great Market Hall, Lehel and Exceri markets.

The 2.8-kilometre Island is the home of springs, baths and green meadows. It has one of the finest city parks with a modern romantic sky walk.

The musical fountain with dancing waters synchronised to popular and classical music is impressive. This is a good place for family fun.

By European standards, Budapest is a good holiday destination for someone with tight purse strings. Food and accommodation are cheaper compared to other European cities such as Paris, Rome or London.

though I may not see that the children have grown and though routine is essential, they now need a bit of leeway to explore their vast world!