How ugali made Malkia Strikers enjoy their stay in Sao Paulo

When national teams are preparing for a major tournament, nutritionists are at hand to ensure players strictly adhere to diet.

However, this does not limit the players from enjoying their favorite foods while in camp.

As a result, Malkia Strikers have been in Brazil for the past two and half months training in readiness for next week’s World Championships in Netherlands and Poland enjoying the country’s famous Feijoada dishes.

Feijoada is eaten in every corner of Brazil. This rich, hearty stew consists of black beans cooked with different cuts of pork, supplemented with tomatoes, cabbage, and carrots to round out the flavor.

However, for Malkia Strikers to remain strong, the players believed they could not do without their favorite food, ugali and stew.

To ensure Malkia Strikers felt like being at home, Kenyan ambassador to Brazil Lemarron Kaanto has been providing maize flour to the team to enjoy ugali every weekend.

“We would like to thank Kenyan ambassador to Brazil Kaanto for ensuring we ate ugali every weekend, which made us feel at home,” said the team captain Mercy Moim when the envoy visited their training base in Sao Paulo yesterday.

Kaanto handed over the  national flag to Malkia who left Brazil yesterday to Serbia for two build up matches scheduled for tomorrow and Monday before heading to Netherlands on September 20 for the global showpiece that runs from September 23 to October 15.

Moim hailed the ambassador for the support the team received while in Brazil.

“We have travelled in different countries but never recorded such support we received from the Kenyan embassy in Brazil,” added Moim after the flag hand-over ceremony.

Coach Paul Bitok said the team is confident of posting good results at the championships.

“We have been working on our weakness especially in receptions and services and we are ready to go,” said Bitok adding that the competitive friendlies the team played in Sao Paulo and Saquarema cities raised the standards of the girls.

“A lot of improvement has been witnessed since the team’s arrival in Brazil. We played against five-time Brazilian women volleyball champions Osasco, a Superliga B side Sesi Sorocaba and Brazilian national under-23 team among others,” said the coach.

Malkia won three out of the 10 build-up matches.

Kenya will be based in Poland and is drawn in group A that comprises of European champions Italy, hosts Netherlands, Belgium, Puerto Rico and Cameroon. 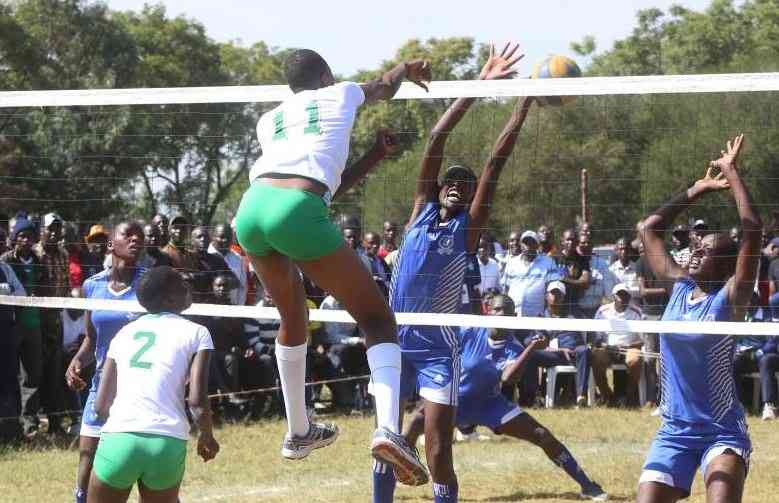