Good news for Kenyan gamblers as SportPesa makes a comeback 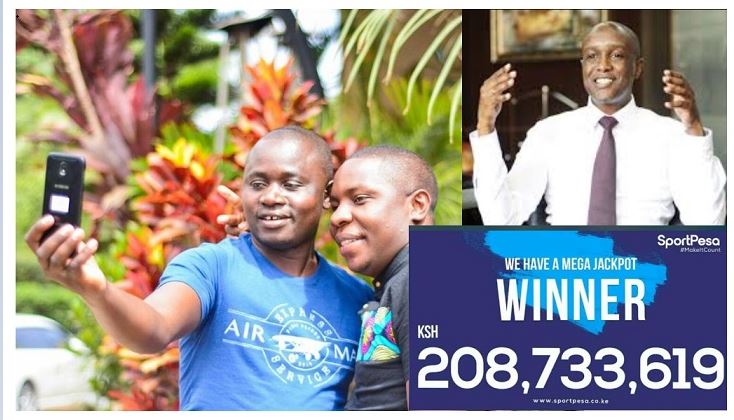 It was good news for gamblers on Friday after one of the biggest betting companies, SportPesa, made a comeback after shutting down operations in 2019.

SportPesa CEO Ronald Karauri made the announcement on social media, saying the company resumed operations under a new Betting Control and Licensing Board (BCLB) licence holder. 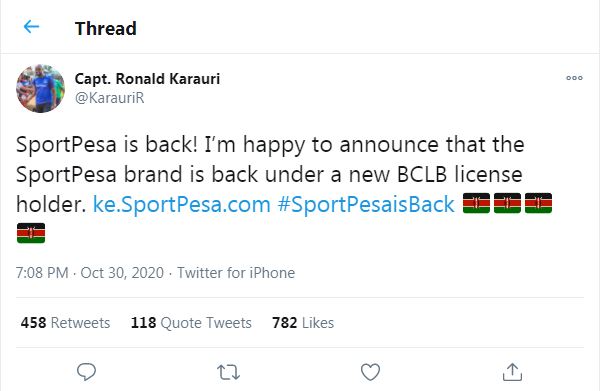 Mr Karauri pointed out the firm would further work towards development of sports in the country.

“As market leaders, SportPesa will focus on upholding the highest standards of service and responsible gaming. We look forward to working closely with BCLB and all other stakeholders.

“We are excited to explore a wide range of partnerships in Kenya over the coming weeks and months, which will prioritize the development of sports in communities across our Great Country," Karauri posted on his Twitter account. 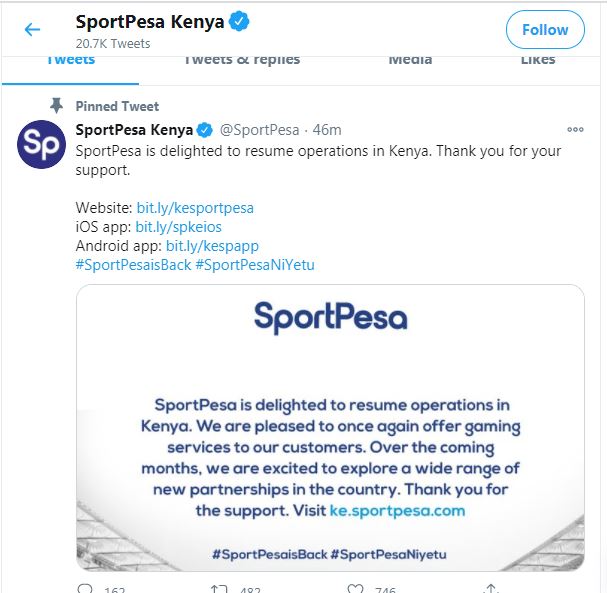 "SportPesa is disappointed with the decision by the Kenyan legislature to impose a 20 per cent excise tax on all betting stakes. The tax is based on a fundamental misunderstanding of how revenue generation works in the industry. These taxes have a damaging impact on our customers," read a statement.

It added: "Until such time that adequate taxation and non-hostile regulatory environment is returned, the SportPesa brand will halt operations in Kenya."

The firm said compounded by the 20 per cent Withholding Tax on Winnings, the economic urge to place bets would be nonexistent as the taxes would deprive consumers of their total winnings.