It is fair to say Arsenal midfielder Granit Xhaka's time in London has been far from rosy.

His character paints the picture of a troublesome player if the number of red cards he received on the pitch is anything to go by.

Simple mistakes, moments of unnecessary rage and poor attitude embodied everything the Swiss international brought to Arsenal, except for this season.

The trouble began on October 27, 2019, when The Gunners hosted derby rivals Crystal Palace in a Premier League match at Emirates Stadium. A poorly performed Xhaka was taken off by then-head coach Unai Emery a minute after the hour mark and was treated to ear-splitting boos from Arsenal faithful. This was after the team had thrown away a 2-goal lead.  Xhaka seemed rather bothered by the substitution, and as he furiously walked off to the tunnel, he took off his shirt and cupped his ears, much to fans' displeasure in the stadium.

The Arsenal captain had added flame to the fire. With a hostile fan base and a relentless manager in Unai Emery, his actions came under sharp scrutiny from football greats, including former midfielder Emmanuel Laurent Petit, who questioned the criteria Emery used to settle on Xhaka as captain.

“Can anyone tell me what is Xhaka’s best quality? I don’t know why he has been made captain. The leadership is absent,” said a disappointed Petit.

Xhaka's inability to stay fit for an entire season, his acts during the derby complemented by a derailing relationship with Emery and agitations from ex-professionals saw him stripped of the captaincy role and later dropped from the squad. He had even packed his bags, ready to join another club. At this moment, in the eyes of Arsenal supporters, he had to leave.

His future at Arsenal was bleak, until the arrival of Mikel Arteta in 2019.

Xhaka, who joined Arsenal from Borussia Monchengladbach in 2016, got a second chance under the former Arsenal man.

"I hope not. We have to lift him. He has done a really good job since he joined this football club and we have to respect that. We just need to bring his confidence back and that's it,” said Arteta in his first press conference, when a journalist inquired about whether the Swiss were in his plans.

Arteta understood the importance of such a player and what his qualities would bring to Arsenal's game. He built a system that mutually benefits Xhaka and the entire Arsenal fan base.

Xhaka won Arteta's trust and was reinstated into the squad, then deployed in a more advanced role on the pitch, typical of where he used to play in his youth days.

In the 2021 transfer window, Jose Mourinho's AS Roma came looking for Xhaka's signature, with a view of taking the midfielder to the Serie A. Talks never manifested, leaving the 30-year-old with no choice but to commit to Arsenal until 2024.

With seven goal contributions (four goals and three assists) this season, Xhaka has warmed the hearts of Arsenal fans. The hate is gone and a new song has been composed for the midfield maestro.

For Xhaka, it was a moment of reflection. “It’s a very, very special day for me,” He said in an emotional message shared through Arsenal’s Twitter account.

"What happened today, to say my name, singing the song for me? Thank you,” he added.

Xhaka is among what remains of what connects Arsene Wenger to Arteta’s era. His redemption at the club brings freshness, a sign that all is not lost.

Share this article on social media
Previous article
27 days to go! Mendy and Koulibaly might be as important for Senegal as Mane 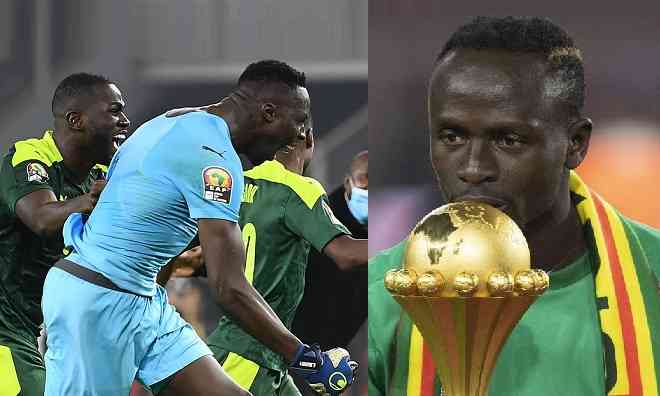