The Standard Sports can confirm the former Liverpool star is at the top list of top earners in the continent taking into account the analysis done by Voetbal Travel on which player earns more in 2022.

To satisfy the curiosity over who is paid the most in 2022, Voetbal Travel analysed the salaries of over 32,000 active soccer players from more than 200 countries, mapping each nation’s highest-paid soccer star.

The English Premier League is home to 24 countries’ best-paid stars, higher than Italian Serie A (18), La Ligue (15), Ligue 1(12), Saudi Professional League (10) and any other soccer leagues in the world.

Transferred from Liverpool FC to Bayern Munich in the latest window, Mane sits top earning a total of Sh50 million Kenyan Shillings (£363,761) per week which translates to Sh2.6 billion per year (£18,915,600). 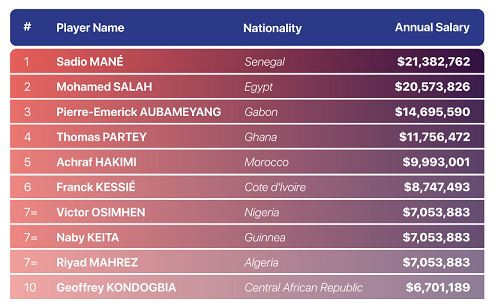 Nigeria’s striker, Victor Osimhen, Naby Keita of Guinea and Riyad Mahrez of Algeria are both tied on 7th, earning $7,053,883 apiece.

Geoffrey Kondogbia of the Central African Republic is in 10th position, earning $6,701,189.

Globally, Paris Saint Germain (PSG) has the three most paid strikers in the world earning a combined Sh462 million per week and Sh 22 Billion per year for the trio in wages alone.

Argentina and former Barcelona legend Lionel Messi is the second most paid player in the world.

Having lifted Copa America Cup with his team in 2021 and awarded Golden Boot as the top scorer, Messi will once again captain Argentina in Qatar 2022 which is likely to be his last chance to win the World Cup. 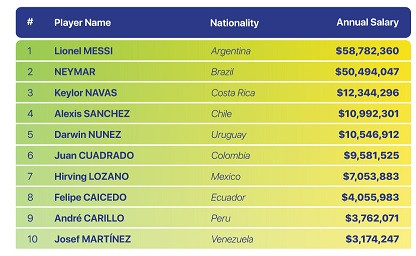 Debuting for the Brazil national team at only 18, Neymar has been capped 119 times and scored 74 goals for his home country.

With PSG teammates Kylian Mbappé and Lionel Messi being the world’s top two highest-paid soccer players, they ranked as the highest-paid players respectively for Europe and South America.

Considered one of the greatest African players of all time, Senegal’s all-time top goal scorer Sadio Mané is the highest-earning player in Africa! 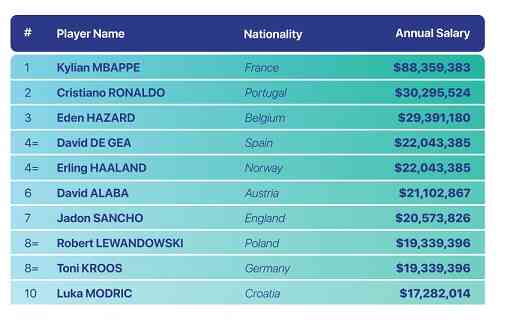 In North America, Chelsea’s Christian Pulisic from the United States is the best-paid soccer player, with an annual salary of Sh1 billion (£7,800,000).

On the other side of the world, Heung-Min Son is crowned the highest-paid Asian soccer player in 2022. 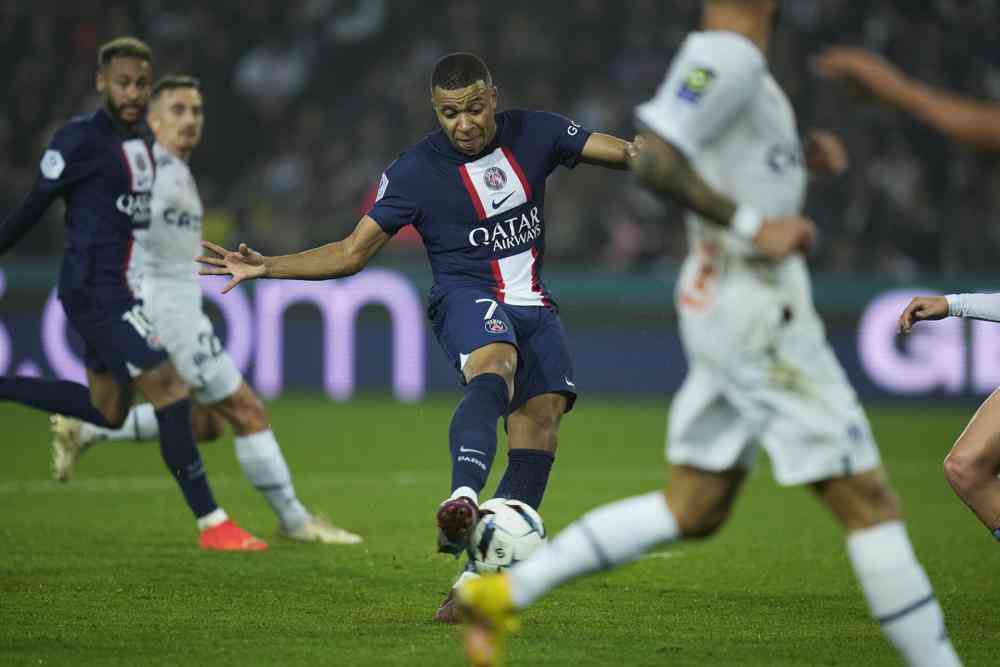