Bukayo Saka and Marcus Rashford put last year’s European Championship loss behind them, combining to score three goals in England’s 6-2 rout of Iran on Monday at the World Cup.

Both players missed penalties in the shootout loss to Italy in the Euro 2020 final and were then subjected to racist abuse. A year later, Saka scored twice at Khalifa International Stadium and Rashford came off the bench to add another with his first move of the match.

It has been a difficult buildup for England, but this was a performance that will provide encouragement to coach Gareth Southgate, who has recently endured the most troubled period of his England tenure.

He was booed after a 4-0 loss to Hungary in June and was humiliated by his own fans when they chanted, “You don’t know what you’re doing.”

Hundreds of fans missed the start of the match because of an issue with digital tickets. When they eventually made their way to their seats, they witnessed an utterly dominant display from England.

Saka then got his first of the match in the 43rd and Raheem Sterling added another in first-half stoppage time. Saka scored his second shortly after the hour, but Mehdi Taremi pulled one back for Iran in the 65th minute.

Rashford struck six minutes later to extend England’s lead to 5-1, and Jack Grealish also stepped off the bench to add a sixth in the 90th. Taremi added another for Iran from the penalty spot deep in injury time after John Stones was penalized for holding Morteza Pouraliganji’s shirt in the box.

The game was delayed for several minutes in the first half when Iran goalkeeper Ali Beiranvand clashed heads with a teammate. He was eventually taken off the field on a stretcher with the score still 0-0.

His replacement, Hossein Hosseini, was left with the unenviable task of facing England’s potent attack.

The match had a total of 29 minutes of injury time, 15 minutes in the first half and 14 in the second. 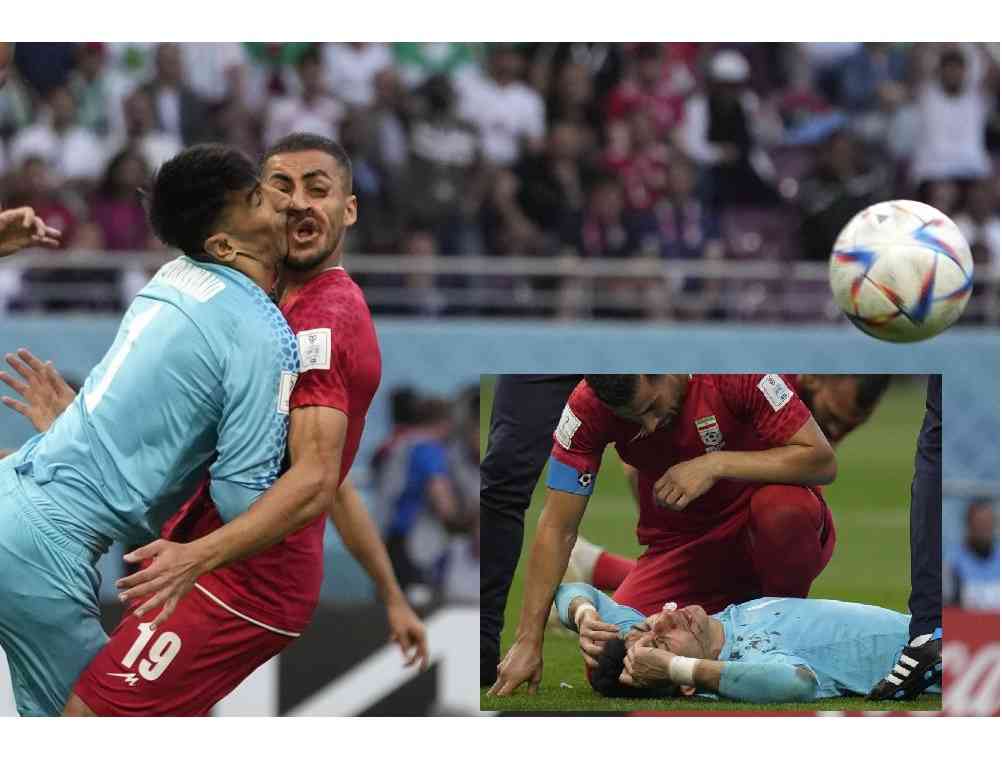