Is this the return of Nick Mwendwa?

Embattled Football Kenya Federation president Nick Mwendwa is ‘back’ at FKF’s headquarters, Kandanda House, if yesterday’s events are anything to go by.

For the first in many months, there was activity in the full glare of the cameras as the Kasarani-based football office was reopened after almost one year.

The football officials accessed the dusty and bushy offices after breaking doors with metal cutters and grinder machines.

Ironically, Mwendwa, who was accompanied by his deputy Doris Petra and Secretary General Barry Otieno among others, was welcomed at the Goal Project offices yesterday by the same police officers who barred them from accessing the premises in November 2021.

The office has been locked since November 11 after Sports Cabinet Secretary Amina Mohamed disbanded the Mwendwa-led federation over allegations of misappropriation of funds and appointed a caretaker committee to run football affairs for a period of six months.

The caretaker was later transformed into a transition committee on June 17 with its term extended for another two months on August 15.

Mwendwa was arrested on two separate occasions during this period and charged with alleged graft, before he stepped aside and handed his powers to Doris Petra.

What followed was the ratification of FKF’s suspension by world football governing body, Fifa, from all international football activities on March 31 citing government interference.

Fifa said that they will only lift the suspension if the government revokes the appointment of the caretaker committee and reopens the doors for the federation’s secretariat at Kasarani.

The decision of Fifa to indefinitely suspend Kenya has had far reaching implications on the key stakeholders and development of the game with players, coaches, referees and club owners the biggest casualties.

From national teams (Harambee Stars and Harambee Starlets), clubs and referees being locked out of international competitions, to delayed payment of referees’ salaries and disbursement of funds to clubs, match fixing allegations and clubs struggling financially, the current state of Kenyan football is disheartening.

Apart from Harambee Stars and Starlets being locked out of Confederation of African Football/Fifa organised competitions, Fifa-accredited referees like Peter Waweru, Mary Njoroge and Gilbert Cheruiyot have all been snubbed by the world governing body for both the 2022 World Cup in Qatar and the recently concluded 2022 Africa Women’s Cup of Nations in Morocco.

During the period of suspension, both the relegation and promotion in the FKF Premier League will not be recognised by CAF/Fifa.

And today, Mwendwa will know his fate when the courts rule whether or not fresh charges preferred against him, after his initial case was dropped by the Director of Public Prosecutions, will be admissible.

But for Mwendwa, who wrote to Fifa a few weeks ago informing them about his return to office, freedom is on its way as they start engaging the Zurich-based body to lift the suspension.

“Today is a big day because what was impossible has become possible. With faith, everything is possible and freedom is to know that we have been brought here (Goal Project offices) today by the same police officers who ejected us from this premise. For those who were thinking it will not happen, today is an example to them that if you are fair and do things the right way, God will always see you through,” said Mwendwa.

“We expect Kenya’s suspension to be lifted in the next few days. Once it is lifted, Harambee Stars and Harambee Starlets will be back in action in October. Our national teams and clubs have not played in international competitions for almost a year now because of few individuals who did what they did because they have power. Standing here at Kandanda House today, I can attest that there’s God with a government that respects Kenyan youths and wants football to return to normalcy as quickly as possible.”

He continued: “Our focus right now is to ensure the suspension is lifted. Once it is lifted, the rest will follow. But secondly, all leagues will officially kick off in a month’s time. We are meeting the Premier League clubs tomorrow (Wednesday) then NEC on Friday before writing a letter to Fifa.

“To all football enthusiasts who have suffered for almost nine months, today is a great day. Freedom has come back in Kenyan football. We only have one FKF and it’s the one that has officially reopened its offices today. All clubs will start doing their registration tomorrow (today) here at FKF and not at the committees. We will only have one league which is recognised by both Caf and Fifa.

“I would like to thank President William Ruto and his team for moving fast and giving us an environment to return football to normalcy. From November 2021, our football was destroyed and our children couldn’t play any game.”

But according to Amina, the Kandanda House office was broken into by FKF officials, who were legally removed following an inspection of the office by the Sports Registrar.

She said that her decision to disband the federation and appoint a caretaker committee has since been upheld by the ruling of the High Court of Kenya on May 10, 2022.

“It is instructive to note that this decision rendered on May 10, 2022 has not been vacated/reversed and the FKF Transition Committee remains in office and in charge of football management in Kenya,” said Amina.

Her sentiments were echoed by FKF presidential aspirant Twaha Mbarak.

“Nick Mwendwa wants to send a wrong signal to the general public that the new government condones corruption with impunity by forcing himself back into football management in the country despite the crimes he committed at Kandanda House leading to the disbandment of the NEC,” said Mbarak.

“Nick has taken advantage of the new regime and purports to be back into football management despite the existing criminal charges against him.”

Next article
Malkia Strikers hopeful ahead of opening match 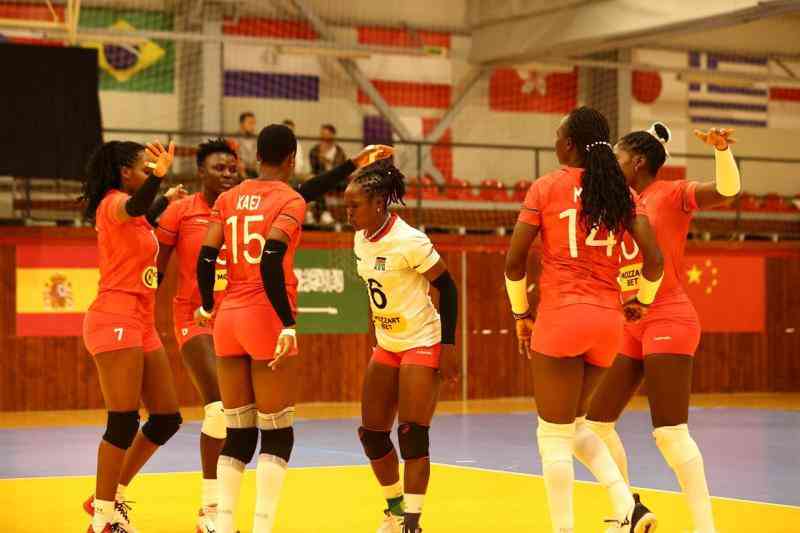