Without doubt an interesting story is unfolding here in Nakuru County as curtains fall on the national secondary school games today.

Though all the finalists have already secured tickets to the prestigious East Africa Games, FEASSSA slated for September 14-24 in Arusha, Tanzania, titles and bragging rights will still be at stake.

And from football to volleyball, basketball, rugby, basketball, handball, hockey and racquet finals, expect history to be written, records shattered and even new champions crowned today.

But it is the boys’ football final between Ebwali Secondary from Western region and Nairobi’s Highway Secondary that is set to be the highlight of today’s actions.

Indeed, the final has all the ingredients to be sumptuous.

While Ebwali stunned hosts Kabarnet Boys 1-0 in the semifinal match yesterday, Highway had to dig deep to beat giants Kisumu Day 4-2 on penalties after a 1-1 draw in extra time to set up a mouth-watering menu at Nakuru High School.

The two teams found themselves at the national games after their regional rivals were disqualified for fielding ineligible players.

Ebwali replaced Friends School Bukembe, while Highway came to Nakuru at the expense of Waylight Secondary.

And as fate would have it, the duo was drawn together in Group A, but it is Ebwali who progressed to the semifinals unscathed after winning all their group matches including a 3-1 victory over Highway on Saturday.

But even as both teams will be chasing their maiden national football title, today’s encounter offers the Mombasa Road-based school an opportunity to avenge their group defeat to Ebwali.

However, it will not be a walk in the park for Highway, if Ebwali striker Calvin Otieno form is anything to go by.

The youngster scored the winner against Rift Valley’s Kabarnet in the 76th minute to take his tournament tally to 12 and earn a final ticket for the Vihiga County school.

“We are happy to have reached the finals but our target is to win the title and proceed to the East Africa Games with our heads high,” said Ebwali coach Francis Muhambe after yesterday’s match.

“We want to set the bar and continue rewriting our history in the competition. It has not been an easy journey, but we thank God for everything.”

Ebwali captain Derrick Gift echoed his coach’s sentiments, saying this is a chance to prove their critics wrong.

“Our eyes are on the trophy; we are determined to take the trophy back to our home county. We will talk about Arusha after the final,” said Gift.

Unlike Ebwali, Highway had to win their match against Kisumu Day on penalties after Veron Okeyo scored in the 77th minute for the Nyanza region side to cancel out Humphrey Aroko’s opener.

A disappointed Kisumu Day coach Benjamin Oyoo said: “Reaching semifinals is no mean achievement but we’ll have to improve next season.”

The girls’ final pitting giants Wiyeta Girls and Dagoretti Mixed is set to be equally pulsating.

“I’m not only pleased with the girls’ performance but also with the fact that we are going to represent the country for the 10th time now at the East Africa games,” said Wiyeta Girls coach Edgar Manyara.

Dagoretti will now face Dr Aggrey in the final after Coastal side humbled Friends School, Kamusinga 80-53.

“This is a marvelous show from a team that is taking part in the games for the first time. We are headed for bigger things,” said Dr Aggrey coach Robert Anan.

“We came here for a purpose and we’ll seal it today as we match towards the regional games in Arusha.” 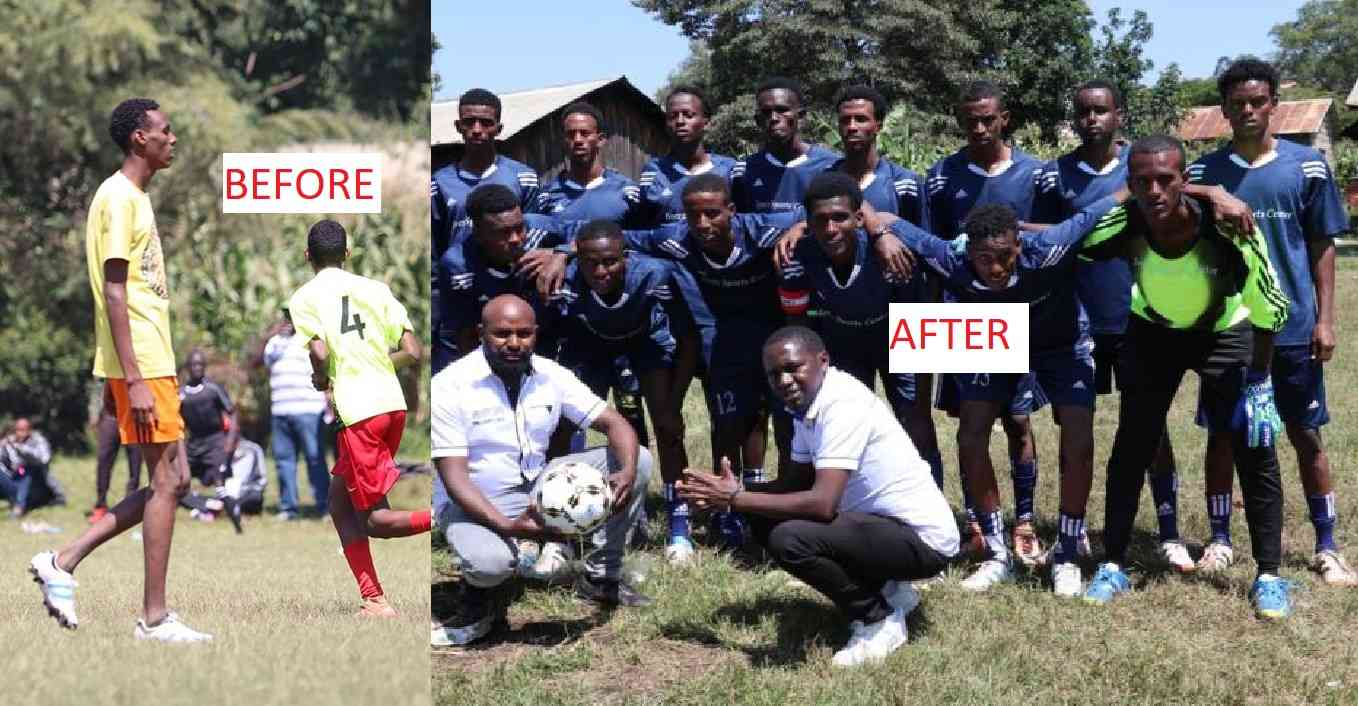