For the first time in many years, the FKF Premier League title winner could be decided on goal difference on the final day of the season.

The season concludes today amidst doubts over the league’s legality, match fixing claims and five matches that are still being contested.

After ratifying Kenya’s indefinite suspension in March due to government interference, world football governing body, Fifa, said it will not recognise the FKF PL and other leagues until their demands are met.

This means the league winners will be locked out of next season’s CAF Champions League, while the relegation and promotion in the FKF PL will not be recognised by CAF and Fifa.

Despite uncertainties surrounding the future of the Kenyan football, there are mixed feelings ahead of today’s fixtures with title hopefuls Tusker and Kakamega Homeboyz tied on 60 points.

However, the brewers are topping the league courtesy of a better goal difference (four goals).

With Homeboyz in line to benefit from a second walkover (three points and two goals) in a row after their today’s opponents Kariobangi Sharks confirmed that they will not honour the match in Mumias, Tusker remain in a pole position to retain the title with a win over Posta Rangers at Ruaraka ground.

And even as walkovers are likely to determine the destination of the trophy today, the prize money has been shrouded in secrecy. There will be two trophies on standby at Ruaraka ground and Mumias Sports Complex today.

Reports indicate this season’s champions could pocket prize money of between Sh1.5 and Sh3m. This will be less than Sh5m Tusker received when they won the title last season.

But Kakamega Homeboyz chairman Cleophas Shimanyula, whose team’s title chances were complicated after their hosts FC Talanta failed to show up at Ruaraka ground last weekend, feels a section of Nairobi-based clubs have conspired to deny them their maiden league trophy.

“How can teams of Talanta and Sharks caliber fail to honour our matches only for Talanta to play against Gor Mahia a few days later? I think there is more than meets the eye,” Shimanyula told Standard Sports.

“Nairobi teams have just conspired to deny us the title, nothing else. We would have scored more goals against Talanta and even Sharks today, but they decided to dish out walkovers. Losing a game on the pitch is better than getting a walkover.

In yesterday’s letter to the FKF Transition Committee, Kakamega Homeboyz said: “Towards the crucial stage of the league, we have been awarded walkovers which to our side is a sign of match manipulation from opponents.”

But his Tusker counterpart Dan Aduda was quick to rubbish the conspiracy allegations saying that Homeboyz have themselves to blame for ‘throwing the title away’.

Aduda said Homeboyz were 12 points clear at a certain stage of the season, ruling out any elements of match fixing in their title defence race.

“It’s going to be strange to win the league on goal difference; that tells you how competitive the league has been,” said Aduda.

“I really don’t know where the conspiracy is coming from. Sometimes things can’t work out for all of us. The walkovers have put pressure on us to win against Rangers. The preferred scenario would have been to see both teams fight to win the matches on the pitch. Therefore, Homeboyz shouldn’t be complaining yet they are the beneficiaries. Remember they lost against Talanta in Kakamega, so there was no guarantee they would win the return leg.

“Homeboyz have themselves to blame; at some stage they were 12 points ahead, how did they lose the points? Was it a conspiracy from Nairobi clubs? The title was in their hands, but inconsistency cost them. They are the architects of the situation we are in right now. I don’t have any evidence of match fixing because I’m not an expert in that area.”

Though Kariobangi Sharks chairman Robert Maoga sympathised with Homeboyz, he said that they are happy not to travel to Mumias as it has saved them a lot of money.

“We made the decision not to honour all away matches three weeks ago after the AFC Leopards walkover. How can we spend Sh400,000 yet the boys have not been paid their salaries? It’s unfortunate there is a tie at the top but there is nothing we can do,” said Maoga.

“We can’t conspire against Homeboyz because they are the ones getting the points. Sadly, there’s a lot of lawlessness in the league and that’s why teams are doing things knowing they will get away with it.

“There are still five unresolved cases in the league. A lot will come to be questioned in this league. The threshold of proving match fixing is very high and needs collaboration between Fifa, teams, federation and the players. At the moment, all these stakeholders are not on the same page thus giving a leeway for match fixing. With no broadcasters, the environment allowed match fixers to thrive.” 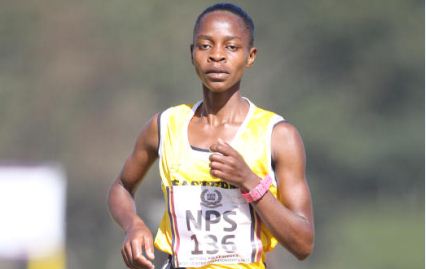