Athletics
By Jonathan Komen | 4 months ago

Like much else in life, history, too, has two sides to it.

Each dwells on triumph and has versions of great courage. It talks of happily-ever-after; and brings back great memories of high achievements.

The world’s sports superstars went a notch higher by deciding to name their children after big sports events and cities.

Kipchoge Keino, the 1968 Olympic 1,500m champion, named his daughter Olympia. Surprisingly, her date of birth coincided with the day Keino won the 1500 metres gold medal at the Olympics in Mexico City- his first gold medal at the time.

The name made a comeback into the local scene as 2008 Olympic 800m silver medalist Janeth Jepkosgei named her daughter Becky Olympia Jepchirchir.

But there is also child naming history attached to host cities of major sports events like Olympic Games and the World Athletics Championships.

The  title, which stands out as Kenya’s last men’s gold medal at the global showpiece, influenced the name he gave his only son, Helsinki Kigen Limo.

When he chalked up victory at the Olympic Games in Sydney, Australia, her wife Eusilah gave birth to a baby girl –their second born –the same day Ngény won 1500m Olympic gold  in August, 2000.

They named her Sydney in remembrance of the gold medal, which was then Kenya’s third gold medal in 1,500m at the Olympic Games after Peter Rono in 1988 (Seoul Korea) and Kipchoge Keino in 1968 in Mexico City.

Besides the names, most star sports personalities pass the baton to their children while others do not.

It is no doubt that Kenya’s athletics scene revolves in a hereditary fashion, with pioneers passing on the athletic mantle to their children. But it’s interesting to see that some of the sons surpassed their father’s shows while others could not beat their parents’ records.

Legendary Kipchoge Keino to Martin Keino, Olympian Elkana Nyang’au to Walter Moenga, Daniel Rudisha to David Rudisha, David Kebenei to Asbel Kiprop, Billy Konchella to Bahrains’s Gregory Konchella; all cut a picturesque of the generational change in Kenyan athletics – who either by design or coincidence picked up their parents’ races.

Majority of the “second generation athletes” improved on their parents’ shows while some of them couldn’t make it since their fathers raised the bar too high.

Incidentally, most of these athletes picked up their father’s races.

Kipchoge, the first Kenyan to win Olympic gold medal in 1968 in Mexico City, is the father of Martin Keino, who did not perform well in competitive running and stood out as a career pace setter.

“Dad encouraged me when I showed interest in athletics. Unfortunately, he set the bar too high that I could not beat. I appreciate the fact that he did not put too much pressure on me to perform,” said Martin Keino.

Kisorio said: “We were young when our father was an active athlete. We only saw his pictures hanging on the walls at home. But we were encouraged by his age mates who usually identify us as Arap Some (the son of Some). That really motivated us.”

The late Some Muge’s siblings are identical in a number of ways.

They all attended schools well-known for performing well in athletics and, like their father, started off as 10,000m and cross country running.

Bahrain’s 2016 Olympic champion Ruth Jebet is a cousin to them and lived at Some’s family.

One of the biggest inspirations that drove world 800m record holder David Rudisha into fame was the insatiable hunger to go one better than his father Daniel Rudisha,  who won silver in the 4x400m relay at the 1968 Mexico City Olympics.

“The first time I saw my father’s silver medal from the Olympics, I really admired it since it was so beautiful and I said to myself, I will one time have mine since that was my dad’s. It really motivated me,” said David Rudisha.

At 15 years old, Rudisha says he realised what he required to win an Olympic medal like his father.

“When I saw his medal, I would become very excited but I realized all I had to do is training and that is when I knew about sport and got into training programmes.”

There has, however, been an endless track rivalry among three 1,500m households, which started in 1987 when James Seurei beat Kipkosgei Chepsiya and David Kebenei to win gold medal at the 1987 All Africa Games 1,500m final at the Moi Sports Centre, Kasarani.

Sons of these three old men picked up 1,500m and continued with the track rivalry.

Interestingly, a fierce four-lap race rivalry has been revolving between Kebenei and his opponents’ households since then.

“I am sure the world’s 1,500m athletes – such as Hicham El Gurrouj and Amine Lalou (both of Morocco), as well as French’s Mehdi Baala and Deresse Mekonnen of Ethiopia – have not battled their fathers in competitions. I feel proud and privileged,” said Asbel.

Although Billy Konchella, the 1991 world 800m champion, is happy with performances of his son Gregory in 1,500m; he would have loved if he competed for Kenya.

“I really never wanted him to bring medals to Kenya, just I did. I encouraged and even trained him to take up athletics. I feel proud of him but would have wished he competed for Kenya. He has won world 1,500m gold but happy that he has a bronze in 800m, which was my speciality. I would wish he equals my 800m gold medal,” said Billy Konchella.

The same script reads for Barnaba Kinyor, a 400m hurdles runner in the Kenyan team to the 1994 Commonwealth Games in Victoria, Canada, whose son Job Kinyor has performed fairly good in 800m.

THOSE WHO NAMED THEIR CHILDREN OLYMPIA 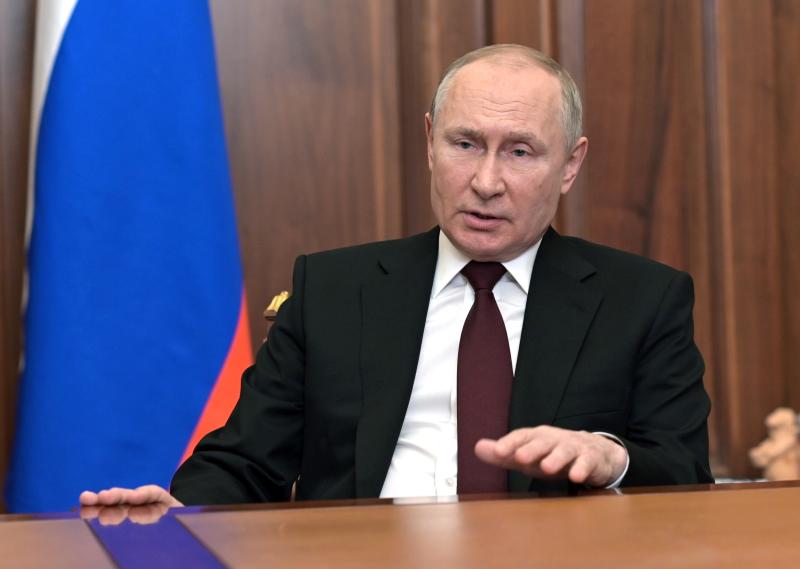 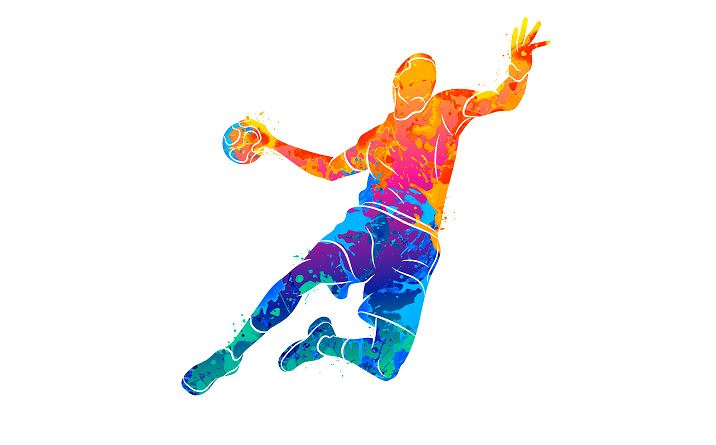 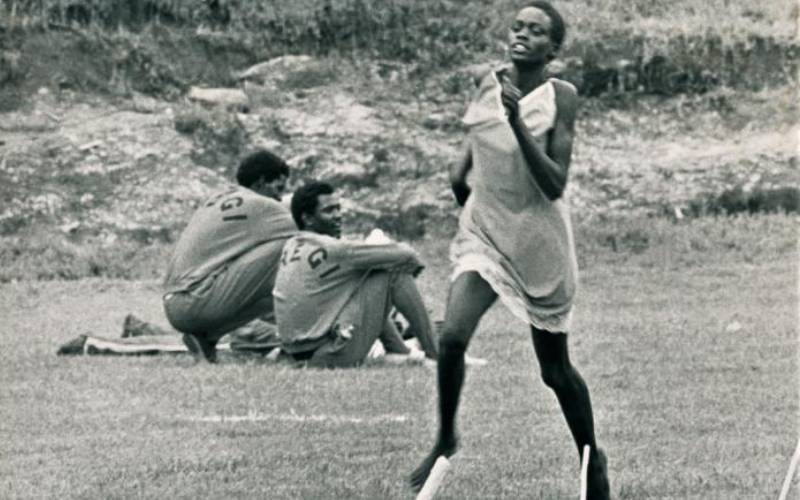 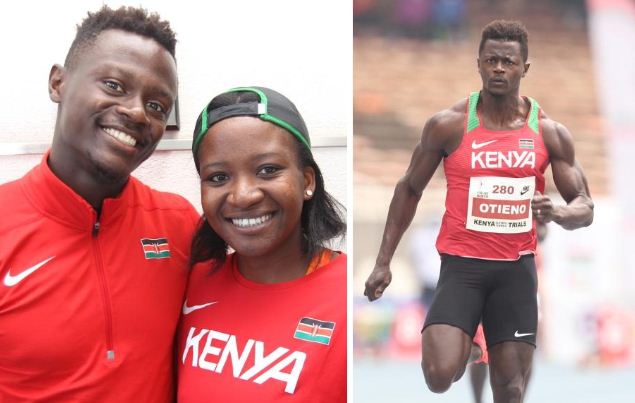 By Dennis Okeyo 3 months ago
Athletics
Premium Mark Otieno: It has not been easy after doping claim
.

Bale set to join MLS side Los Angeles FC
Football
By Reuters
42 minutes ago
Polo: Shaw steers Dudutec to victory against Sanlam
Unique Sports
By Ben Ahenda
1 hour ago
Prisons Kenya lock up KPA in sixth leg of KVF league at Nyayo
Volleyball and Handball
By Ernest Ndunda
3 hours ago
Kenyan stars say they are ready to take on the world
Athletics
By Jonathan Komen
4 hours ago
Hockey: Butali Warriors, Kenya Police battle for top spot continues on Sunday
Hockey
By Washington Onyango
11 hours ago
.